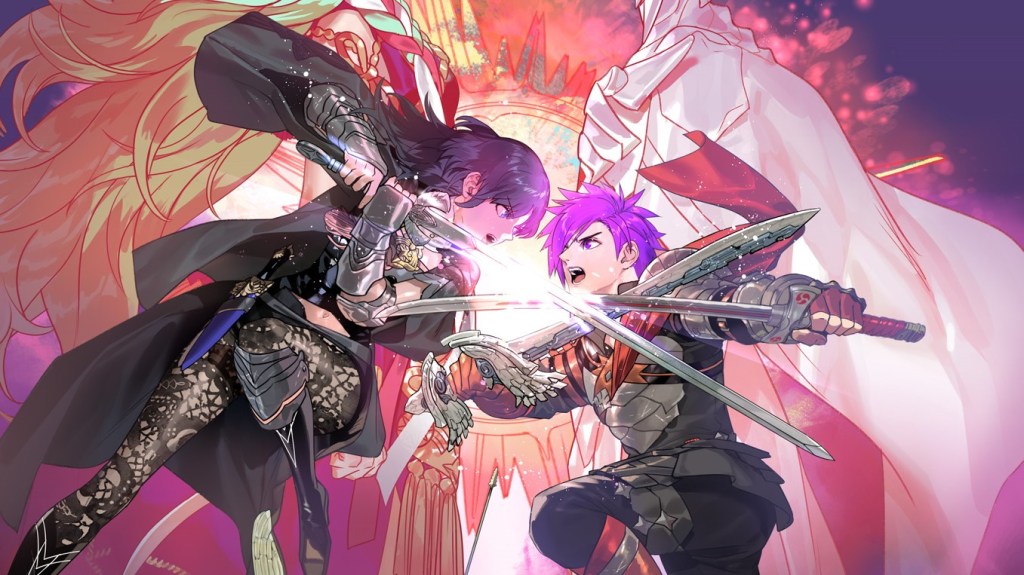 It’s a Musou-style action game in the vein of Dynasty Warriors, where taking out hundreds and hundreds of enemies at once is the core hook.

The game is naturally created in partnership with Koei Tecmo and the Omega Force team, the creators of Dynasty Warriors. The companies have previously worked together on Hyrule Warriors, Hyrule Warriors: Age of Calamity, and the original Fire Emblem Warriors.

The game will feature a new story, set in the same universe as Fire Emblem: Three Houses. The trailer features the player protagonist of the game, Byleth, as well as the leaders of the titular three houses: Claude, Dimitri, and Edelgard. It appears that all those characters will be playable.

A new purple-haired antagonist also features in the key art.

Warriors style games have always been popular in Japan since they came into existence in the 2000’s, but have only just started gaining popularity in the west, thanks to popular franchise tie-ins like this one.

Recent, titles like Persona 5: Strikers have incorporated complex RPG and narrative mechanics that bring in the gameplay experience of the original source material as well, which make for more varied experiences. After all, fighting thousands of enemies does eventually take its toll. We’re looking forward to what the developers have in store for this game.

Fire Emblem Warriors: Three Hopes will be released on 24 June 2022.