All players will be able to pop in and celebrate the legacy of the blue blur.
Leah J. Williams 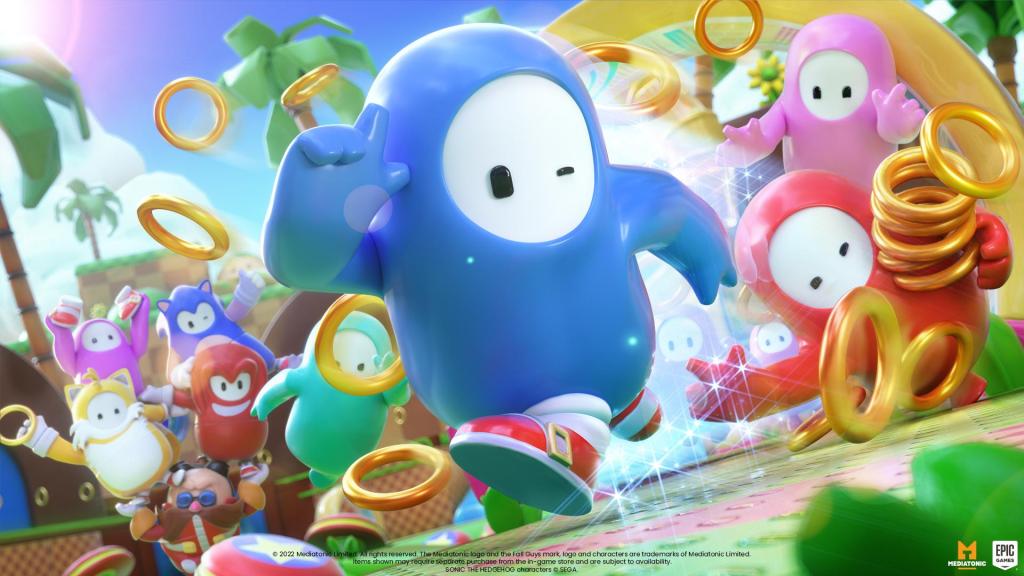 Sonic the Hedgehog fever is running wild, with Fall Guys being the latest victim of the loveable blue blur. In a new crossover celebrating the 30th anniversary of the Sonic franchise, Fall Guys will introduce a number of brand new skins and a special level for all players. Kicking off from 11 August – 15 August 2022, the event will allow players to jump into new Sonic-themed challenges, and grab snazzy cosmetics – including a shiny Super Sonic skin.

‘Bean Hill Zone’, the game’s newest level, takes direct inspiration from Sonic the Hedgehog, and will task players with collecting as many golden rings as possible. These rings can then be spent on new rewards, including Kudos, Sonic sneakers, a ring-pattern outfit, and a Bean Hill Zone nameplate.

There’ll also be a number of collectible skins to purchase, with each resembling an iconic Sonic character:

You can also purchase the ‘Sonic Foot Tap’ emote that lets your bean emulate Sonic‘s iconic idle animation from the original video games.

It appears these costumes will only be available during the special Sonic event so if you’re keen to play the game as Sonic himself – or any of his friends – it’s best to pop into Fall Guys this week and grab your favourite skins.

They won’t technically make you go any faster, but they will make you look rather snazzy.

The Sonic the Hedgehog crossover event will be live from 11 August to 15 August 2022, with both the skins and Bean Hill Zone level seemingly disappearing at the conclusion of the fun.

Fall Guys is now available for multiple consoles, including the Nintendo Switch.