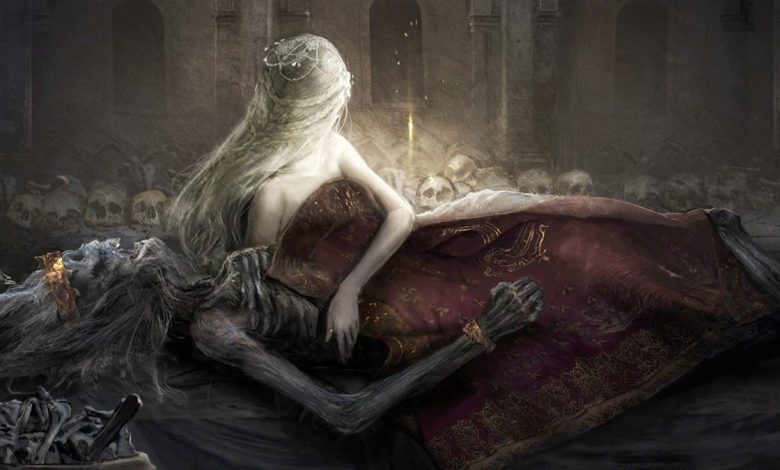 In early March, players discovered one of Elden Ring‘s many secrets: a set of forbidden underwear lurking in the game files that could only be accessed via hacking. The Deathbed Smalls item became wildly popular as players dived deeper into the cut content of the game and uncovered secrets like dream stealing, beast hunting alongside the locked underwear. Now, it appears that any player who owns the Deathbed Smalls is being soft-banned from playing Elden Ring online.

The Deathbed Smalls, which are only available via PC hacking, appear to be a cursed item. Should players try to bypass the anti-cheat system of Elden Ring to play online with the Deathbed Smalls in their inventory, they will now be soft-banned from playing with others.

Quarantined players can still play online, but they’ll be forced into a server populated only by cheaters, and be slapped with a strict 180-day ban from joining the main game server.

Unfortunately, it seems that avoiding hacking isn’t the only way to get banned when it comes to the Deathbed Smalls.

According to Elden Ring players over on Reddit (spotted by Kotaku), some hacked players are actually popping into online games to drop the phantom panties into the worlds of unsuspecting players.

Users who are unaware of the origins of the Deathbed Smalls – and that they’re not supposed to be accessible in the game – are reportedly picking up the underwear, and immediately getting soft-banned once they try to play online.

‘A couple days ago I traded someone for the Magic Scorpion Charm … and they dropped the Deathbed Smalls as well,’ JeSuisLePamplemous said on Reddit. Later, they discovered they were softbanned from online gameplay. ‘Anyway, I removed the Deathbed Smalls, and my status didn’t change.’

JeSuisLePamplemous reportedly contacted Square Enix for help and explained the situation, but was told they had to delete their entire save file if they wanted to get back onto the main server.

‘Don’t pick up panties you don’t know about,’ they warned other players. It appears if you leave the Deathbed Smalls online, you may get away without incurring a hefty ban – but even briefly touching them will land you in trouble.

It appears Elden Ring players now have a brand new fear to contend with.

If you’re playing online, avoiding the Deathbed Smalls should keep you safe – but be wary that a rash of players are now seemingly stealth-planting the underwear in an effort to get players banned. It’s easy to pick them up in a moment of bad judgement, but the consequences of this decision are far too much to bear.