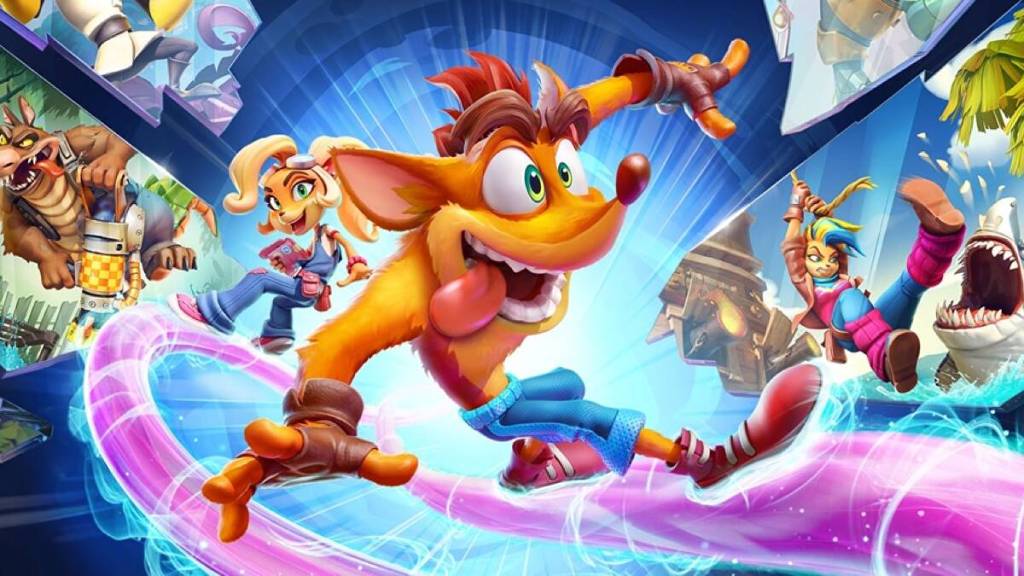 The long-rumoured Crash Bandicoot: Wumpa League spin-off has seemingly been uncovered by historian and researcher Liam Robertson, who shared new footage and information about the planned game via YouTube. While we’ve already seen leaked artwork from the project, this video is firm confirmation that the game exists, or at least did exist at one point.

According to Robertson, Wumpa League was in development at Toys for Bob for a significant chunk of time before it was shelved so the studio could focus on supplement work for Call of Duty. It was reportedly designed to be a team-based, competitive multiplayer game where players would face off against a mixed squad of characters. The ultimate goal was to earn the most Wumpa fruit possible.

Artwork shared by Robinson depicts Crash Bandicoot anti-hero Dingodile leading a pack of heroes and villains against a rival team, which consists of Tawna, Coco Bandicoot, Cortex, and a previously unseen bull woman. Also along for the ride are Ripper Roo, Uka-Uka, and a number of other original characters. One of these depicted in concept artwork appears to be an electric-powered hamster. Another is a strange bat creature.

‘The project basically used Crash 4‘s engine and assets as the basis for a multiplayer game with more open environments,’ Robertson explained.

Leaked footage shared with the video depicted Dingodile roaming through a greybox world covered in a variety of platforms. Beneath these platforms, a green texture likely representing slime is present. As in the footage, every character would have been given a glider which would help with quick traversal of levels.

Players would explore these unique levels, collect Wumpa fruit found in boxes, and attempt to avoid ‘nitro waves’ which wiped out the lower levels of each biome. Once a significant amount of Wumpa fruit was collected, players would return to their team base and drop off their goods. Other players could be attacked or K.O.ed with spin attacks, which would cause them to drop their Wumpa fruit.

According to Robertson, this may not represent the state of the game as it is today – as he claims to have seen more recent, complete versions of the project. This could indicate Toys for Bob has resumed work on the game, and that Wumpa League is due for an official reveal, despite its presumed long-dead status.

While the Crash Bandicoot spin-off was originally believed to be cancelled, Robertson now believes the project could materialise publicly – potentially even at The Game Awards 2022, given Toys for Bob recently teased a new game reveal related to the long-running franchise. We’ll have to wait to see if this teaser pans out – but in the meantime, we can all peruse the early Wumpa League greybox footage, and think about how far the game may have come.

Find out when to tune in to The Game Awards 2022 on 8-9 December 2022 to find out more about this project, should it be ready for a re-reveal.