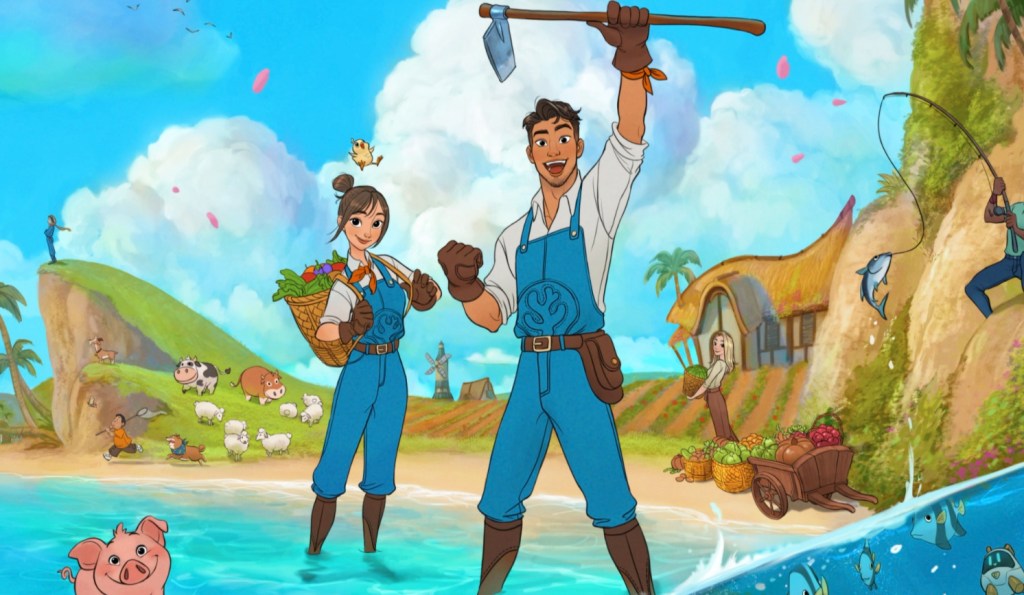 Coral Island, the tropical farm simulator, was a roaring success on Kickstarter in 2021. After going viral on Twitter and online, it swiftly eclipsed its funding goal and unlocked every stretch goal along the way. The success of the game excited fans and now, there’s even more reason to cheer: Humble Games has announced it’s firmly on board as a publishing partner.

In a new trailer, the company confirmed their involvement and support for the project, which is currently set to launch sometime in 2022.

With a gorgeous colour palette, a diverse case of island inhabitants and plenty of activities to enjoy – including farming, fishing and socialising – there’s reason to think Coral Island could be the next Stardew Valley-like sensation.

‘Humble Games was founded with the purpose of supporting incredibly talented and diverse developers and putting their highly innovative and one-of-a-kind games in the hands of players worldwide,’ Mark Nash, Vice President of Global Publishing said in a press release.

‘We’re excited to embark on this new chapter of our publishing division with expanded partnerships and deeper investments with our development partners to fully execute on their vision. We could not be more excited and proud to share a look at these truly inventive worlds, packed with story-rich adventures, brimming with unique gameplay that sets the bar for the next evolution of Humble Games titles players will see in the years ahead.’

The game, developed by Indonesia’s Stairway Games, will be launched worldwide – and while it aims to be a calming life simulator where everyone can be themselves, it also revolves around important themes. As players discover life on the game’s island, they’ll also learn valuable lessons about ocean conservation and the importance of aiding the environment.

Along the way, players will also make friends (or forge romances) with the game’s cast while taking on fruit and vegetable farming, animal rearing, deep sea diving, trash collecting and mining.

With a unique, cartoon-like aesthetic, a gorgeous world, and plenty to do, this is one upcoming farm simulator to watch.

You can check out a brand new trailer for the game below:

Coral Island is currently expected to launch via Humble Games in 2022.