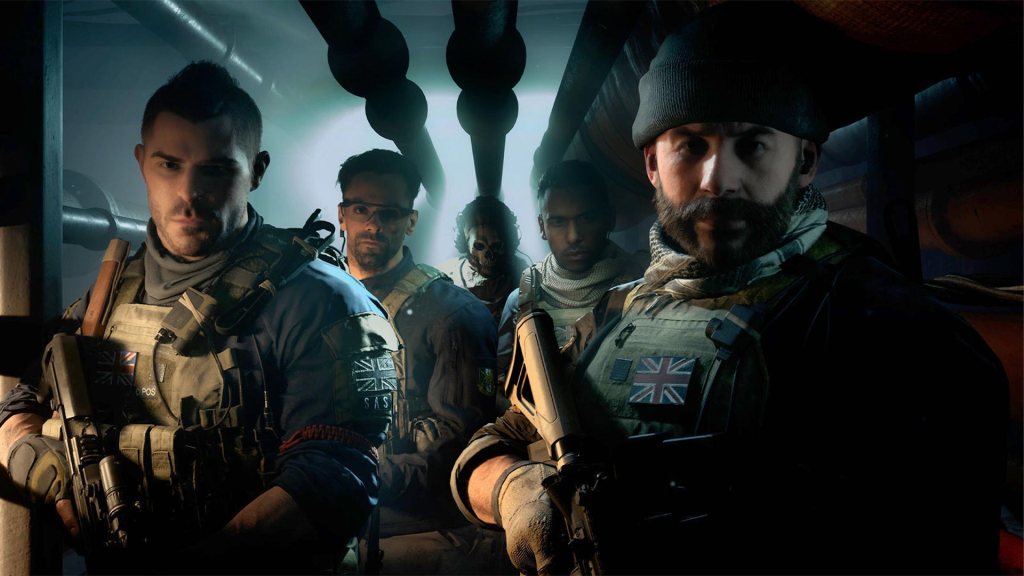 At Summer Game Fest 2022, we got our first glimpse at the expected but anticipated Call of Duty: Modern Warfare 2, developed by Infinity Ward. The gameplay took place in a very familiar location and situation for the series – an ocean infiltration on an oil rig, in the pouring rain.

The level is called ‘Dark Water’ and features recurring Modern Warfare characters Soap and Ghost, as well as a new character for the series, a Mexican Special Forces soldier named Vargas. Activision describes it like so:

‘An oil rig in the Gulf of Mexico is storing the cargo that could spark a global conflict. Task Force 141 found intel that shows missiles hidden on board and have dispatched a team of Soap, Ghost, and Mexican Special Forces Colonel Alejandro Vargas, along with Shadow Company, enter a ship full of well-armed AQ enemies to locate the controls for a missile bound for the US.’

In a post-trailer interview Jeff Negus, Cinematics Lead at Infinity Ward, reassured fans that the game will also feature the appearance of Modern Warfare characters Captain Price and Gaz. He also named another new character to the series: Commander Graves.

Negus also revealed that the Dark Water stage uses a new liquid technology, which will dynamically affect the environment as you play, changing the positions of movable cover and pushing boats around.

Johanna Faries, General Manager of Call of Duty, also shared some details about battle royale Call of Duty: Warzone, which is receiving a ‘2.0’ update – it’s coming to mobile devices, and launching on PC via Steam. More details will be coming in the future.

Call of Duty: Modern Warfare 2 is releasing on 28 October 2022 for PS4, PS5, Xbox One, Xbox Series S/X, and PC. An open beta for multiplayer will also precede the game’s full launch.