A new game in the popular dinosaur survival series Ark was showcased at the 2022 Xbox and Bethesda showcase.
Edmond Tran 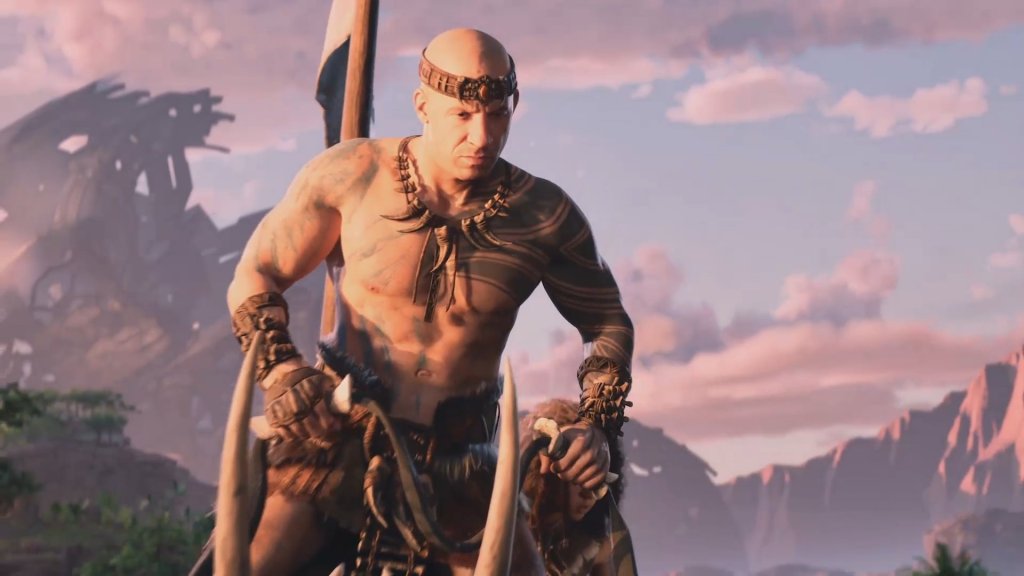 The sequel to the incredibly popular dinosaur survival series Ark: Survival Evolved made an appearance at the 2022 Xbox and Bethesda showcase. First announced at the 2020 Game Awards, Ark 2 is coming in 2023, and will take place on an entirely new planet.

The trailer featured the visage of Vin Diesel (Fast and Furious) in full warrior glory. Diesel serves as one of the game’s executive producers, and is no stranger to video games, having previously been featured in the The Chronicles of Riddick: Escape from Butcher Bay.

Ark: Survival Evolved gained great popularity when it was released in 2017, with its prehistoric survival gameplay resonating strongly with an audience starved for games featuring dinosaurs.

The description for Ark 2 reads: ‘Suddenly awakened on a primal world filled with dinosaurs and humans struggling for dominance, you must team-up with legendary heroes to confront powerful dark forces.’

Ark 2 will be coming to PC and Xbox consoles, with the game available on the Xbox Game Pass subscription service at launch. It’s presumed that the game will also coming to PlayStation consoles, as with the original game.