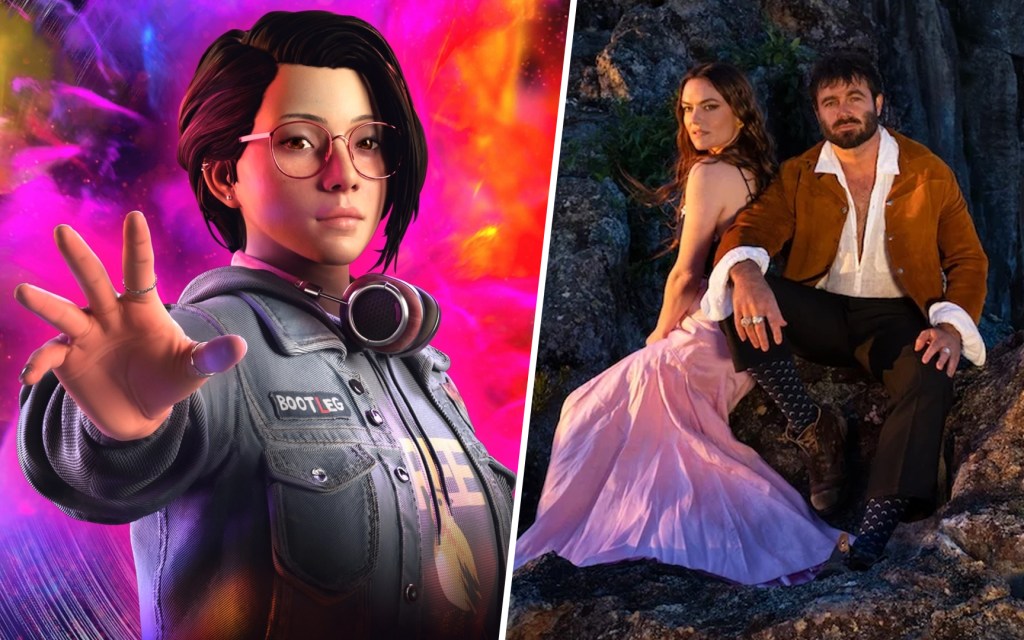 Alex Chen from Life is Strange, along with folk duo Angus and Julia Stone.

The internationally acclaimed Australian folk-pop duo of Angus and Julia Stone have released their first album in seven years with little forewarning. Titled Life is Strange, it’s a soundtrack composed specifically for the latest instalment of the narrative videogame series Life is Strange, True Colours.

According to a post on the duo’s Instagram account, the album has been ‘a few years in the making,’ and even though they ‘weren’t on track to make a record together… life had other plans for us.’

Partnerships with major musical acts to create original music isn’t an uncommon occurrence in the videogame space, but one to this extent – a whole album – is definitely a significant milestone.

Other notable recent collaborations on original videogame music include Florence and the Machine and Final Fantasy XV, Skrillex and Kingdom Hearts, Katy Perry and Final Fantasy: Brave Exvius, and Chvrches and Death Stranding,

With the exception of Death Stranding, all those titles belong to Square Enix, who also publish Life is Strange.

Read: Scoring a role: how do you compose music for games?

Developed by French developer Dontnod Entertainment, Life is Strange is a series of magical-realist adventure games that lean heavily into poignant character drama, which makes the collaboration with Angus and Julia Stone seem like a natural fit.

True Colors revolves around protagonist Alex Chen, who reunites with her long-lost brother in a remote mountain community while navigating the tribulations of early adulthood. She is also equipped with empathic psychic powers that allow her to absorb and influence the emotions of other people.

Dontnod is notable for developing games that feature and explore the issues of characters who belong to minority groups, to varying degrees of success. Life is Strange has involved both queer and ethnic protagonists, and Tell Me Why received attention for being a big-budget videogame to feature a transgender protagonist.

Life is Strange: True Colours will be released on 10 September 2021, on the majority of gaming platforms.