Every major video game launching in May 2022

May 2022 is a relatively quiet month for games, but between vampires and samurai, there's plenty of excitement on the way.
Leah J. Williams 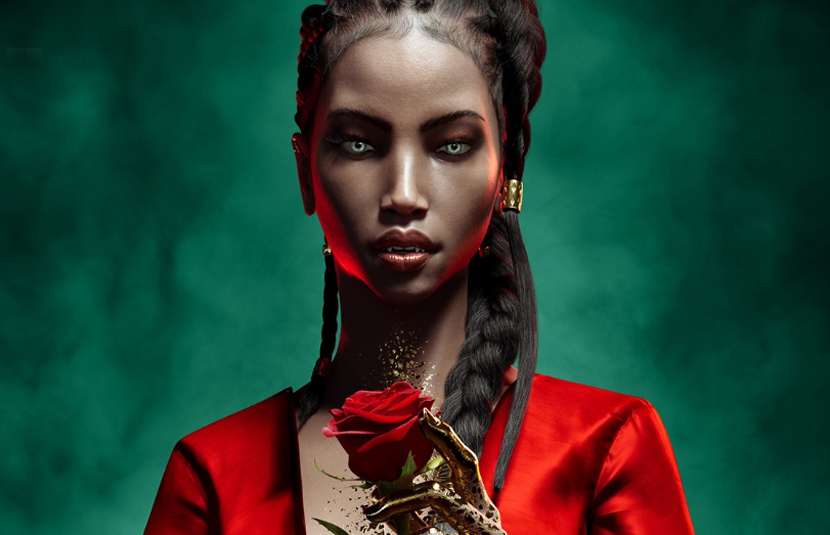 After a blockbuster start to the year, we’re now entering a quiet period for video games. April was relatively low key, and May is much of the same – but that doesn’t mean there aren’t some potential gaming smash hits to keep your eye on this month. Genre fans will be particularly happy with horror titles Evil Dead: The Game, Vampire: The Masquerade – Swansong and Dolmen launching soon, and there’s plenty more excitement beyond these.

From Sniper Elite 5 to the return of Kao the Kangaroo and beyond, here’s every major video game launching in May 2022. With a range of genres and platforms getting fresh blood, there should be something for everyone.

Trek to Yomi is a game directly inspired by the samurai films of Akira Kurosawa and other Chanbara classics, and aims to evoke a sense of black-and-white beauty with its tale of loyal swordsman Hiroki. As with traditional samurai stories, the game will spotlight Hiroki’s lone journey as he travels through ancient landscapes to fulfil his duty and discover the horror of death.

It’s rare for games to be entirely presented in black and white, but Trek to Yomi has been intentionally designed to evoke classic cinema, and uses contrast as an effective visual tool. It makes the entire game look very striking, and gives it a unique edge we’ve not often seen in the world of games. This should certainly be an intriguing journey, and one worth looking out for in May 2022.

Citizen Sleeper is a narrative RPG from the team who brought you the excellent aquatic sci-fi game In Other Waters. Placed on a lawless space station at the edge of the galaxy, you’ll spend your time trying to survive by exploring, working, meeting people, and uncovering their stories as you make decisions about what you do with your days.

What’s not immediately obvious is the implementation of tabletop roleplaying game elements like dice, clocks, and a character sheet, which Citizen Sleeper uses to influence your unique story in this world. There are echoes of Disco Elysium in its approach, which definitely isn’t a bad thing, so if you enjoy player-driven narrative games, this is one to keep an eye on.

Eiyuden Chronicle: Rising is an action RPG featuring sleek art, flashy combat, and a story inspired by ancient realms and high fantasy. In this adventure, you’ll meet a number of loveable Eiyuden Chronicle characters and take them with you on a journey through ancient ruins that hide secrets from wandering eyes.

The action of this game connects directly to the events of Eiyuden Chronicle: Hundred Heroes, a game from the creators of beloved PlayStation RPG Suikoden, which is currently set to launch in 2023 – and should serve as a solid introduction to the highly-anticipated title, which was recently backed on Kickstarter to the tune of ¥481,621,841 (AU $5.25 million). This spin-off may just be a teaser of what’s to come but it looks absolutely delightful, and teases a new fresh new take on the JRPG fantasy genre.

Salt and Sacrifice is a 2D side-scroller adventure where players embody a Marked Inquisitor, a damned hero who must journey through endless frontiers on a quest to obliterate evil in a dark fantasy land. The more enemies you overcome in this bleak and gothic game, the more items you’ll be able to craft as you forge your path through corruption and danger.

This is technically a sequel to 2016’s Salt and Sanctuary, but the action appears quite separate. If you’ve never played the first game, you should have no problem picking up this sequel and going in with your weapons held high. What you’ll find in this journey is polished visuals, a world that’s gorgeous and moody, and plenty of game-changing choices that’ll crop up in your path. Equip yourself well, and you should survive to celebrate your triumph.

Evil Dead is the franchise that will never die – with Evil Dead: The Game being the latest example of how beloved the property remains, even thirty years on from its initial release. In this adaptation, you’ll play as original protagonist Ash Williams and a number of other characters as you fight to survive in a demon-plagued world.

This is actually a co-op title, and will allow a team of up to four survivors to band together as they loot, shoot and explore creepy, haunted landscapes while defeating hordes of enemies. Players can fight with Ash, or they can join the Kandarian Demon’s side in player vs player battles. It looks appropriately creepy, and will feature more blood and guts than you can poke a stick at. It won’t be for everyone, but those who enjoy a good co-op survival horror match should have this game on their radar.

Souldiers, from developer Retro Forge, has some of the most beautiful pixel landscapes you’ll ever see – from forest glades to gorgeous townships and castles. But it’s not just the art that looks swish. This entire indie adventure looks like a treat with sleek combat, plenty of impressive bosses, and retro-style gameplay that totally pops.

The only caveat here is that the game is inspired by the Souls series – which likely means it’ll be difficult to overcome for fresh players. Go in knowing you’ll be in for a fight, and Souldiers should be a gorgeous, gratifying adventure.

Vampire: The Masquerade – Swansong is one of many VtM games landing over the next few months, and it’s perfect for fans of the horror or vampire video game genres. In this role-playing game, based on the classic tabletop system, players will embody three vampires (Galeb, Emem, Leysha) looking to survive in a hostile world ruled by vampire politics.

Unlike the Bloodlines franchise, this title will focus more on narrative and player choice than on action, making it a more intimate and character-focused exploration of the World of Darkness lore. It appears players will be able to take several pathways during their adventures, making each playthrough a fresh experience.

Dolmen is a bit of mystery – and that’s what makes its unique style of cosmic horror so intriguing. This original title from Massive Work Studio will send players into a hostile world known as Revion Prime. There, they’ll be given unique weapons and armour designed to weather attacks from spooky space aliens of all kinds. Along the way, players will be tasked with collecting unique crystals which can breach the bounds of alternate realities.

The game is an action RPG inspired by classic horror, so expect plenty of slimy, sci-fi scares and you may just survive your adventures through deep space. It certainly seems like one for fans of the Alien franchise – with just enough creepy jumpscares and alien tendrils to keep your heart racing along the way.

The Sniper Elite franchise is set to return with its fifth entry in May 2022, following a five year absence. This new entry will make some much-needed changes to the franchise’s control scheme and graphics, but it won’t change the x-ray ball-popping wartime antics that so endeared it to fans in the first place.

In Sniper Elite 5, players will once again become an unparalleled sniping machine as they carve their way through France in 1944, in the midst of the second World War. Updates from the development team promise new ways to travel through landscapes, fresh weapon customisation options, tougher multiplayer battles, and ‘advanced’ physics for gunplay, including more realistic gravity. We can assume these changes extend to those gnarly testicle shots that Rebellion has become known for.

Kao the Kangaroo, the long-forgotten 3D platforming mascot of the early 2000s is back – and he’s rocking a whole new look. In this 3D adventure, which will pay homage to Kao’s classic roots, you’ll control the titular kangaroo as he fights his way through a variety of brightly-coloured landscapes with his magical boxing gloves.

While Kao never quite got the flowers he deserved 20 years ago, he’s now firmly back as the ‘golden age’ of platformers continue. There’s a touch of Crash Bandicoot about Kao’s new design, and even some Sly Cooper in the game’s eye-popping worlds. It’s hoped this entry will recapture the magic of the original games when it launches in May 2022.

Pac-Man Museum+ is a compilation video game featuring a number of hits from the Pac-Man series – albeit with some minor changes. There’s fourteen games included in this collection, largely presented in their original forms, including Pac-Man, Super Pac-Man, Pac-Land, Pac ‘n Roll Remix, Pac-Man 256 and others. Ongoing rights issues mean that Ms. Pac-Man is not included – but the rest of the series is present and accounted for.

When you’re not playing any of these classic games, the updated version of the Pac-Man Museum will allow you to roam a 3D arcade as Pac-Man and explore little slices of his history. The game will land on Xbox Game Pass on launch for all subscribers.