The Dark Pictures: The Devil in Me looks like a sadistic step forward

The new chapter in The Dark Pictures series, The Devil in Me, introduces new mechanics to make the most of a morbid new scenario.
Edmond Tran 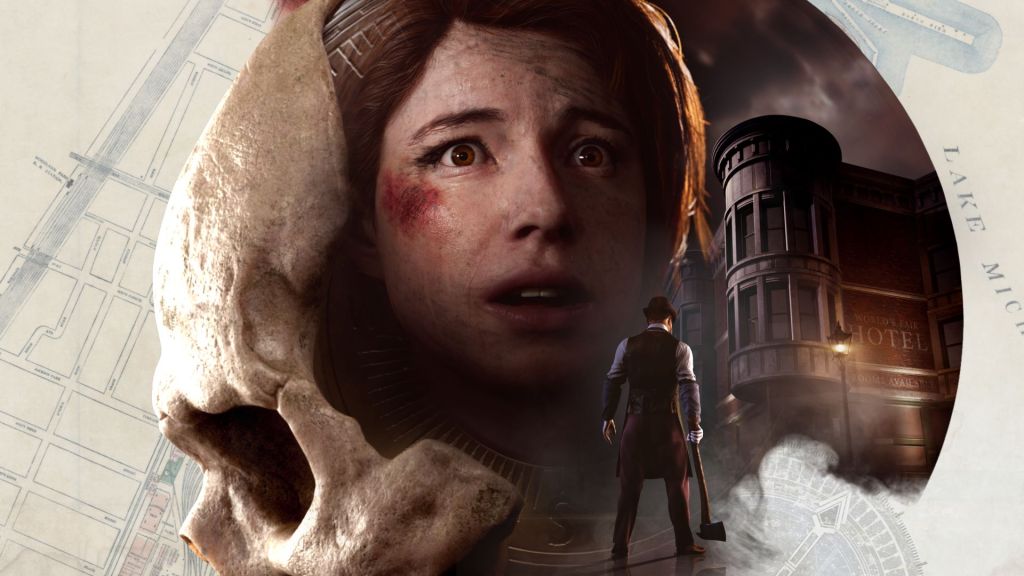 Bandai Namco and Supermassive Games have revealed the fourth entry in the Dark Pictures horror game series, titled The Devil in Me, at Gamescom 2022. Serving as the finale for what the company deems ‘Season One’ of the series – which also includes Man of Medan, Little Hope, and House of Ashes – The Devil in Me seemingly looks to push the series further into the third-person adventure model with a series of new gameplay mechanics, while still holding onto the branching horror narrative structure Supermassive is famous for.

Like the previous games in the series, The Dark Pictures: The Devil in Me takes real-world inspiration to spin out its tale of horror. In this instance, it’s the story of H.H. Holmes, regarded as America’s first serial killer, and the hotel he supposedly turned into what is referred to as a ‘murder castle’ during the 19th century, filled with all sorts of secret passages, hidden rooms, and malicious instruments.

This fourth game revolves around a modern TV documentary crew shooting a series about historical serial killers, who happen to receive a call from a mysterious individual. This individual invites them to visit his accurate recreation of Holmes’ murder castle, which they foolishly accept (of course), because the team has run out of money, and need to make their final episode really good – is this a parallel to The Devil in Me itself? Who can say?

Like other games from Supermassive, there are some pretty great acting chops on display for the core cast of characters, namely Jessie Buckley (Chernobyl, I’m Thinking of Ending Things, Fargo, The Lost Daughter), an Academy Award nominee who plays the host of the crew, Kate.

As the group arrives at the recreation of the murder castle they, unsurprisingly, find themselves being split up, bamboozled, and fighting for their lives against a series of morbid contraptions, all while being stalked by a shadowy figure. As with past games, depending on player choices the story can go a number of different ways, and each of the characters can live or die.

Game Director Tom Heaten shared some behind-the-scenes insights in a recorded press briefing ahead of Gamescom, detailing the new approach for The Dark Pictures: The Devil in Me. One of the focal points included the game’s new traversal mechanics, brought in to allow the characters to better explore the environment. These include relatively straightforward things like climbing, vaulting, squeezing through tight spaces, shimmying along ledges, and pushing and pulling objects, but none of these have featured in a Dark Pictures game before.

It’s seemingly an attempt to put more of the game’s focus on the environment, and letting you explore it in a number of different ways – given the murder castle is like a character in itself. It also continues the gradual move to bring the format of The Dark Pictures more in line with the cinematic third-person action format, popularised by PlayStation titles like The Last of Us or God of War – in contrast to the fixed-camera perspectives and more traditional adventure-game style that the first game in the series, Man of Medan adopted.

In practice, these actions play out like contextual events, activated with a button, rather than a more free-form, fluid traversal system. But the opportunities to potentially find hidden paths and secrets is there.

Heaten also spoke about the fact that the enclosed setting brought with it a natural desire to include more puzzle elements in the game. The building is a confusing labyrinth with plenty of traps, and there’s seemingly both elements of Resident Evil-style horror mansions, as well as a messed-up escape rooms.

One of the major influences of The Dark Pictures: The Devil in Me was the Saw series, explained Heaten, given the focus on traps and gruesome dilemmas. Another was Stanly Kubrick’s The Shining with its sense of claustrophobia and oppression. I also got a Zero Escape vibe – a series that draws on those same elements – which has certainly piqued my interest.

The end of the gameplay demo we were shown saw Kate becoming trapped in a sealed room, along with the crew’s intern, Erin, in another separately sealed room. Suddenly, each room begins to become deprived of oxygen, leaving cameraman Mark and crew member Jamie with a dilemma – they have the ability to direct oxygen back into one room only, letting one of the characters live at the cost of killing the other.

It was a lose-lose situation, but something that could have changed things is the new addition of a simple inventory system to The Dark Pictures: The Devil in Me. Each character will start with a unique item – a camera, a directional microphone, a pencil, for example – and presumably, they’ll be able to pick more up along the way.

These items can be lost or broken, but also traded between characters, who may find a good use for them when they’re inevitably separated. These items will further tie into the puzzles contained within the murder castle.

Who doesn’t love a macabre deathhouse labyrinth full of puzzles? It’s a great scenario for building frights and creating a sense of unease – and given the consistently great work Supermassive Games has been doing (especially with their most recent title, The Quarry), it’ll be exciting to see the studio’s spin on this trope.

Heaten noted that The Dark Pictures: The Devil in Me will clock in slightly longer than previous games in the series – roughly a 7-hour runtime as opposed to the 4-5 hours of the first few games – suggesting that there’ll hopefully be a lot of neat ideas in here.

The Dark Pictures: The Devil in Me will be released on 18 November 2022 on PC, PS4, PS5, Xbox One, and Xbox Series X/S. As with past games, it will feature online multiplayer, letting you share your story playthrough with a friend.