The Quarry Review – A supermassive achievement in horror

The Quarry is a blood-soaked return to form from Supermassive Games, the makers of Until Dawn.
Nicholas Kennedy 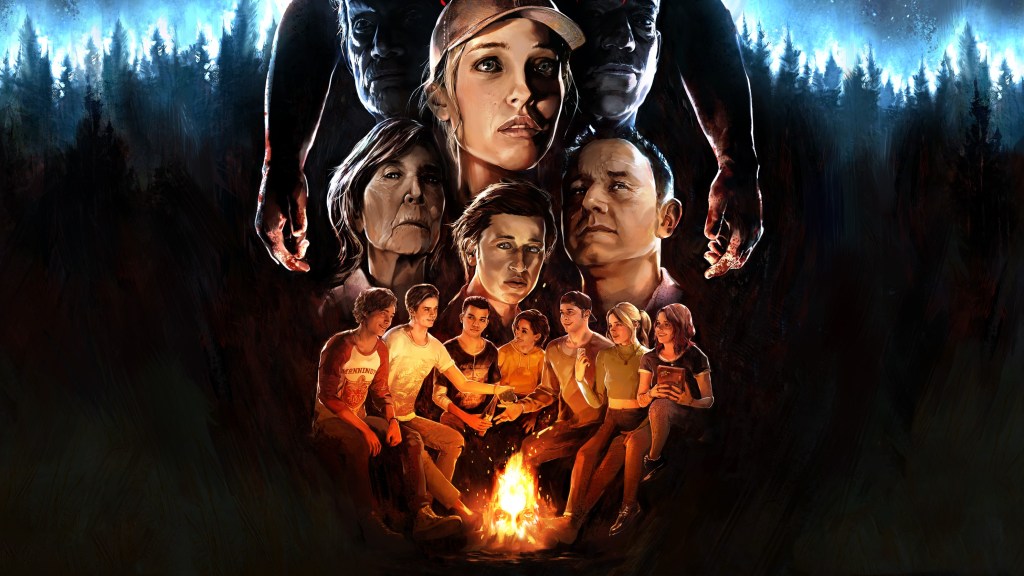 The Quarry makes me bloody happy Supermassive Games exists. For me, interactive narrative games like Until Dawn and the Dark Pictures Anthology are the ultimate comfort food of gaming, and the strong impression they make outside of enthusiast game spaces is a testament to that.

When I told friends and family I was playing something new, and that it was ‘from the same folks that did that Until Dawn game,’ I was frequently met with a wide-eyed yelp of ‘oh I LOVE that game’, regardless of whether the person had even been the one holding the controller when they’d experienced it.

Until Dawn and games like it are smarter than their schlocky stories and archetypal characters make them out to be, and that intelligence is nestled in the fact that they’re just as strong as spectator experiences as they are interactive ones. They take the best of campfire ghost stories and the nostalgia of ‘choose your own adventure’ books and mash them together, with incredible visual fidelity, and solid acting performances being the cherry on top. The Quarry serves as the best distillation of that combination yet.

The deeper you creep into the decrepit mansions, twisted scrap yards, and misty forests of The Quarry, the more it reveals its details to you. And it’s not a hit against the game to say those details are largely unnecessary on their own, as they contribute to making The Quarry one of the best pieces of horror-worship in video games.

Horror productions of the late 1970s and 80s knew that going the extra mile when it came to creature design and practical effects – while more expensive and time consuming – meant films like An American Werewolf In London, The Thing, and The Fly had a flavour of horror that you didn’t just appreciate with your eyes; it was something you could almost feel, taste, and smell. The Quarry’s ‘Paths’ system – which tracks key decisions you’ve made along various sub-plots of the game – are each wrapped up behind gorgeous VHS covers, which make the game’s love of that same ‘video nasties’ era of horror clear.

The structure of The Quarry remains largely unchanged from previous Supermassive titles, a mixture of environmental exploration, clue collecting, quicktime events, and dialogue choices. But it’s in the areas that weave in-and-out of the game’s usual moment-to-moment gameplay where The Quarry outshines its predecessors.

The game manages to craft an atmosphere and tone steeped in the kind of creepiness a filmmaker like Steven Speilberg revelled in, in his early career (even while shooting films that were broadly non-horror) –  it’s about knowing how to perfectly balance scares alongside mystery, and danger against curiosity.

The Quarry’s story is largely unremarkable if you’ve seen your fair share of horror hits, but there are enough subversions, twists and interesting approaches to structure to keep things engaging. The branching nature of the story – hinging on key decisions too numerous to count – also means the potential replayability of The Quarry stretches far beyond the game’s roughly ten-hour length, the first time through.

The various celebrity stunt casts are a welcome, if ultimately unimportant, element of the game’s narrative; David Arquette, Lin Shaye and Lance Henriksen, along with Ethan Suplee from ‘My Name is Earl’, are always a welcome sight no matter the project. But the game’s piecemeal inclusion of them – Shaye, to her credit, gives her few moments everything she’s got – means The Quarry is lucky that actors like Skyler Gisondo, Halston Sage, and Miles Robbins give empathetic, funny and realistic performances along with the core group of eight youngins that weather the terror of the game’s plot.

As much as The Quarry’s story is built on a series of ‘sliding doors’ moments which reveal some details, while obscuring others, figuring out details of the game’s plot before it’s ready to dole them out to you means you’re still expected to play dumb in certain situations, rather than figuring out unorthodox ways of solving problems, or even trying to drive the story forward in subversive or interesting ways.

It’s an ongoing issue with games like these; finding the seams of the narrative often isn’t pretty. The Quarry wants to tell its story in only so many ways, and leaving the path – even if your intended destination is the same as the games’ – spells failure, or even death.

Such is the case with other Supermassive games – certain choices in The Quarry lead to completely different actions from your character than you might have expected; such as thinking you might trick an enemy into getting trapped in a nearby room by choosing a particular prompt, but in actuality, having your character just go into that room and die.

Luckily The Quarry implements a ‘death rewind’ system, which lets you immediately replay a scene which may have seen your character’s head make way for a shotgun blast, fly across the room without a body, or receive the warm embrace of a bear-trap.

(Editor’s note: The Death Rewind feature is only available after you’ve completed the game once, or from the start if you’ve purchased the game’s Deluxe Edition.)

It feels so exciting that after seven long years (and a collection of middling to decent entries in the Dark Anthology series), Supermassive has created something that surpasses the game that put them on the map all those years ago. The Quarry is a loveable achievement – whip-smart, beautiful, and more than willing to pull the rug out and blindside you in the way the great horror often does, all while paying tribute to icons of the genre.

The PC version of The Quarry was provided and played for the purposes of this review.