The best puzzle board games to play solo or with friends

Puzzle board games let you stretch your mind muscles, and work through a number of tricky challenges.
Leah J. Williams 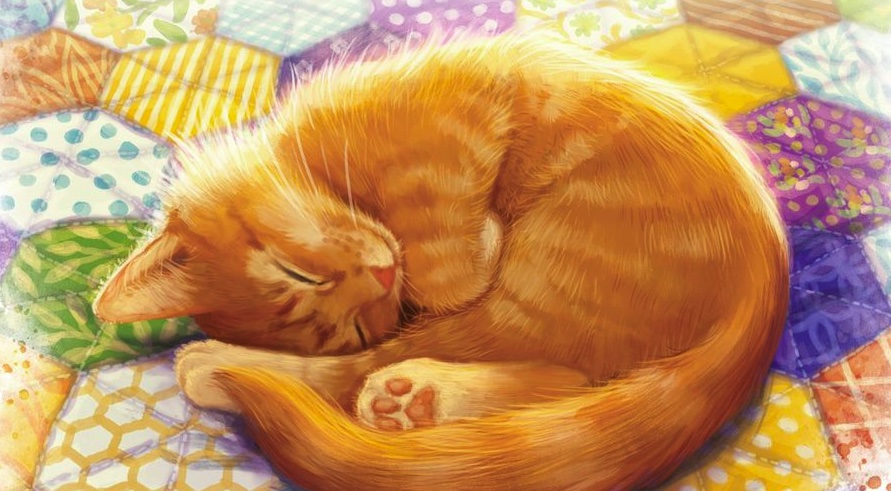 Board games can sweep you into grand stories, help you work together in co-op gameplay, or even allow you to spread your wings as a solo adventurer. They can also get your mind racing and your heart pulsing with puzzles that’ll tickle your brain, and keep you guessing every step along the way.

Puzzle board games are a great way to spend an afternoon. Whether you’re completing a jigsaw puzzle, ‘escaping’ a virtual room, solving a murder mystery, or laying tiles to trounce other players, there’s plenty of great puzzlers around that’ll really get you thinking.

From the warm, wholesome vibes of Calico to the tactical battles of Horrified: American Monsters, here’s a few great puzzle board games to get your brain into gear.

In Calico, you’re sewing a grand and comfortable quilt by placing patterns and colours on a single board. Each unique quilt requires select tiles to be placed, with fulfilled criteria attracting sleeping cats to your creation. For every turn, you’ll place a new patch, making strategic decision along the way. If you can bide your time and create certain colour matches, you’ll come out ahead of your opponents, and sew the perfect quilt.

Importantly, you’ll also attract the most attention from the game’s cutesy cats.

While Calico isn’t a traditional puzzle game, it does incorporate trickier elements by requiring players to recognise and follow the patterns laid out on each board. You can’t just place tiles where you like – you’ll need to think deeply about every one of your moves, and react according to your pattern combinations. It’s an extremely relaxing game, but one that also keeps your mind wheels spinning.

In the Sherlock Holmes: Consulting Detective series, you’re tasked with solving a number of mysteries, much like the famous Sherlock Holmes. These board games aren’t quite like any others, although they do use a map board to guide the action. Essentially, you’re given a story book and a number of loose clues – letters, newspapers and other paraphernalia – that give you an idea of a central mystery, and where to start investigating. Working through these items, you’ll start to piece together clues, and set forth on an epic puzzle-solving quest.

While this game can be difficult, particularly if you run into a dead end, putting several heads together will help you solve each case in turn. You can tackle the game at your own pace either solo or with mates, and everybody you play with will have a brand new perspective.

Clear a few hours and corral some friends, and you should have an excellent and brain-scratching time with this game.

Escape Room: The Game – Puzzle Adventures: Secret of The Scientist

Escape Room: The Game – Puzzle Adventures: Secret of The Scientist is one of a series of nifty puzzle board games designed to emulate virtual escape rooms through an ever-expanding jigsaw puzzle. You start by opening a single compartment of a mystery box, and putting together the puzzle pieces you receive. Each forms a particular clue – a room, a set of paintings, a letter – and it’s up to you to figure out the cipher code contained with them, which will lead you to the next box compartment.

While the puzzle is not particularly difficult if you’ve got a sharp mind or experience with jigsaws, the gameplay loop is great fun, and opening each box is a pleasant surprise. Sometimes you’ll solve a puzzle at a glance, other times you’ll need to pore over each included clue, and thinking through exactly what Secret of the Scientist has in store. No matter how long it takes, the satisfaction of solving each puzzle is unbeatable.

Cascadia is a hex-based tile laying game where you work to build out a thriving park filled with wildlife from the Pacific Northwest (North America). Find a home for stunning bucks, or create a habitat for soaring eagles. By making decisive choices, you’ll eventually create your own terrain, while other players (or the game’s AI) work against you. The quirk here is that certain animals want to be placed together (and others, placed apart), with maximum points given to players who can form patterns with their chosen flocks.

The puzzle element comes from working out the best combinations for your animals, and how they should be placed in your chosen terrain. You’ll need to decide the appropriate habitat for every creature, and form the best patterns with the tiles at hand. There is an element of randomness, depending on what tiles and wildlife you draw, but this only means you’ll need to think more carefully about every decision.

After a few rounds of Cascadia, the puzzle rhythm of this board game will be revealed.

Canvas is a competitive game where players create stunning artworks by drawing transparent art cards and placing them on each other to form a beautiful scene. One element of a card may contain a person, or a strange creature. Another may contain a hot air balloon, rain falling from the sky, or comets. A third could be a background element, like a cityscape, an underwater world, or a sunset. Each has their own points and key phrases assigned, and when combined together, they earn points for players based on panache.

Not only is this puzzle game extremely tactical – players will need to calculate best scores based on the visible icons and key phrases – it’s also extremely beautiful, with an art style that appears very painterly. Each card is colourful, or moody and atmospheric, or wildly creative, making each draw a real joy, even before the puzzle gameplay begins.

Canvas proves definitely that board games can be puzzling, and they can be art, too.

Unlock: Mystery Adventures is part of an ongoing adventure game series that integrates playing cards with an app-based timer and mechanics. To start with, you and your fellow adventurers are given a particular scenario or story to exist within – you’re a pirate on a ship, or a frightened guest of a haunted mansion, or on a nautical trip – and then, you’re presented with a number of key items. By combining these items (adding their numbers together) players can form new objects, solve puzzles, or overcome obstacles. Each number on an individual card corresponds to another part of the playing deck, with mysteries solved one at a time.

Once each location has been cleared – a door has been opened, a code solution has been found – players can advance forward, and discover more of the game’s map. Some events in these adventures are timed, with the app providing prompts on occasion, while others can be solved in a player’s own time. Whatever you choose, these puzzle adventures are always filled with intrigue, and a real sense of accomplishment.

If Mystery Adventures isn’t your jam, this series also has options for cowboy-themed jaunts, sci-fi horrors, a Wizard of Oz adaptation, and even an entire Star Wars-themed deck.

Wingspan, much like Cascadia, is a picturesque, nature-themed board game where players are tasked with caring for animals. In this adventure, you need to attract birds to your very own flock by discovering what foods and habitats they like, and creating the perfect home for them. The action plays out in rounds where players gain food tokens, lay eggs (once they have birds in their menagerie), and play their flock to attract even more birds.

Birds must match their chosen habitat, but if you play your cards well, they can also provide you with special bonuses, such as getting extra food tokens from the supply when you ‘activate’ your chosen bird. The person who wins this strategy game is the one with the most birds, eggs, food, and tokens left over at the end – and this requires players to deploy cards effectively, and with clever tactics in mind.

While Wingspan takes much time to master – given every bird has its own advantages – it’s a wonderful game, and one that’s gorgeous to look at, as well as play.

Horrified: American Monsters is a spin on the classic Horrified formula that introduces a haunted town to terrifying cryptids like Mothman, Jersey Devil, Bigfoot, and the Ozark Howler. Your job in this adventure is to work solo or alongside friends to thwart the advances of multiple cryptids as they travel around the map, causing terror. Each round, civilians are placed on the board, with investigators (the players) tasked with getting them to safety by moving them along key points of the map. Should these civilians be harmed, players lose a hit point – with multiple losses resulting in final death (depending on the amount of the players).

The puzzle elements of Horrified: American Monsters shine through as players work out how to avoid each monster, and take them down. Each shapes the game in different ways, with some requiring investigation before they can be weakened, and others needing players to collect particular items ahead of the final face off. Before investigators start their quest, they’ll need to plan their moves with tactical precision, puzzle through the weaknesses of each monster, and find a way to save everyone in town.

Some monsters present more challenges than others, but with adjustable difficulty, there’s always plenty of creepy crawly goodness to contend with.

Playing board games can be an escape from real life – which makes playing Pandemic counterintuitive, given the state of the world. That said, if you’d like to exercise a degree of fantasy-like control over global circumstances, then Pandemic is the puzzle board game for you. This tactical strategy requires players to work together to take down mysterious viruses that spread throughout the globe. Each has a unique origin point, and it’s up to players to work out how these virus can be stopped by creating and deploying the perfect antidote.

Players travel throughout the game’s map, using four actions each turn to build research stations, synthesise ingredients, and put a stop to one particular strain or another. You need to discover five unique clue cards for each disease before a cure can be created – but if you take too long discovering each strain, you’ll run out of time and the world will be consumed. No pressure!

Pandemic is a game that’s great for teamwork and investigation, with the puzzling a core part of how players travel the game’s map and hunt down every pesky clue.

If you’re looking for more great board games to play solo or with friends, check out our other guides: