If you're looking for your next big tabletop adventure, why not head underground for some dungeon crawling action?
Leah J. Williams 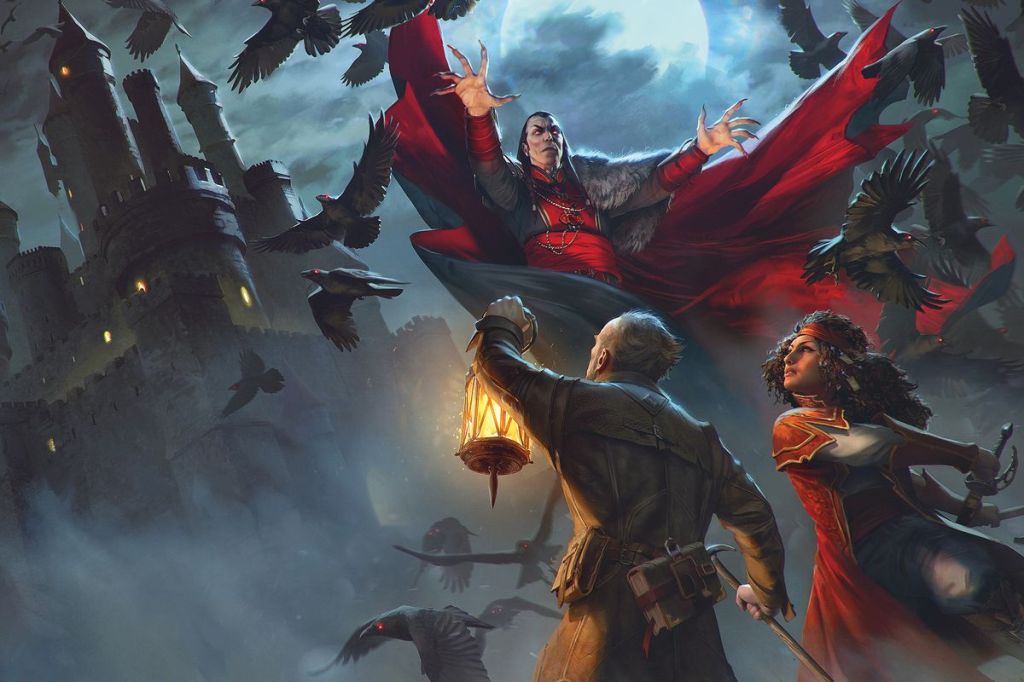 Board games are magical. They can take you on epic quests beneath terrifying mountains, to dog parks, forests, and rivers, and even send you to the highest, frosty peaks of the world. They’ll also send you on danger-filled quests through dungeons and scary caves filled with all manner of deadly creatures. They can be dark and gloomy, and filled with plenty of terror, but the best dungeon-crawler board games can also spark imaginative tabletop tales, and plenty of clever plays.

There’s no ‘one thing’ that makes a dungeon-crawling board game great, but the absolute best in the genre have several things in common. They all allow you to embody powerful heroes, while laying tiles to chart your path forward – and they all imbue you with the daring spirit of adventure.

With that in mind, here are some of the best dungeon crawler board games that’ll transport you to a brand new world:

Dungeons & Dragons: Castle Ravenloft is a Dungeons & Dragons spin-off that tells a self-contained adventure set in the mysterious Castle Ravenloft, a dungeon-like arena populated by hideous creatures and deadly vampires. As one of many explorers (or alone, if you wish) you’ll explore a grand castle, with each tile laid representing a twist or challenge in your locale. The further you travel, the more danger you’ll encounter, until you eventually run into the end game ‘boss’.

Castle Ravenloft is great for those who enjoy Dungeons & Dragons, but may not have the narrative creation skills – or the required players – to get a grand adventure started. With quest cards and items found along your path you can essentially have an authentic D&D experience with Castle Ravenloft, complete with a miraculously unfolding dungeon.

Escape The Dark Castle is a narrative adventure board game that changes every time you play it. From a deck of cards, you’ll draw a select number to form the ‘rooms’ of the titular Dark Castle. Each plays host to a boss, monster, or moral quandary, and you’ll need to solve or defeat these challenges to make your way through the castle. Dice rolls determine your success, with each character in the game having an attack specialisation, and if you make it to the very end (which is fairly difficult, and based on luck) you’ll be able to face off with one of many major threats.

The best part about this game is you’ll never encounter the same sequence of rooms together (unless you’re very bad at shuffling cards) so you’ll always have new chances at reaching the bottom of the dungeon, and conquering your foes. It is a fairly difficult game to ‘win’, but even if you lose, there’s plenty to love about this dungeon-crawling board game.

Betrayal at Baldur’s Gate is a Dungeons & Dragons-themed dungeon crawler based on the classic Betrayal board game. Rather than exploring a haunted mansion, you’re aiming to travel through Baldur’s Gate, with each turn revealing more of your location and special ‘items’, ‘events’ and ‘omens’ that can give you more power (or less). Eventually, the game’s ‘danger’ increases to such a high level that it can trigger a scenario where one of your players turns ‘evil’ and begins to work against you.

From this point, it’s all about surviving Baldur’s Gate with your life, and fulfilling the objectives of the end-game fight. Unfortunately, you will need a handful of board game-loving friends to conquer this adventure (three or four players is the perfect amount) but if you’ve got a keen crew, this game makes for an excellent and always exciting romp.

If you’re not into the Dungeons & Dragons theme, you can also check out the original haunted mansion version – Betrayal at House on the Hill, or the cartoonish Scooby-Doo version, Betrayal at Mystery Mansion.

Arcadia Quest is a campaign-based dungeon crawler where you lead a pack of heroes on a quest to defeat a magnanimous vampire lord and nab the power of Arcadia. Each player takes control of a guild of three heroes to conquer this quest, but each guild fights against the other – so while you can be nice in your journey, you can also sabotage your rivals along the way. It does make for some cutthroat action, but it also spices up gameplay rather nicely.

There are multiple paths this narrative can take, with choices to be made along the way, making each pathway unique to your playthrough. We all love replayability in board games, and Arcadia Quest has that in spades. Once you’ve reached the end and reclaimed Arcadia, you’re more than welcome to start again on a brand new dungeon-crawling expedition.

Adventure Games: The Dungeon is the most approachable of the board games on this list, thanks to a unique story-telling engine that guides the action well. In your adventure, you use a code-cracking book to uncover secrets and combine items you find in your path, with each helping you to advance through unique rooms and escape a literal dungeon. In one corner of a cell, you might find a handy key. In another, combining a rope with a hook will help you access new areas.

The further you travel into the dungeon, the better your hopes for escape are – but with a health system and plenty of dangers around, you can end up ‘losing’ this escape room-like story. If you do make it through, you’ll find a very imaginative and hook-filled board game that’ll keep you frantically searching rooms and puzzling for hours.

Gloomhaven is an absolute whopper of a board game – but if you’re keen to involve yourself in a glorious, world-spanning dungeon crawler, and you’ve got plenty of time to spare, there’s no better option in the entire world of board games. In Gloomhaven, you corral a group of wily heroes on a tactical-combat adventure through mystical castles, deadly caves, and cracking ruins. Each hides secrets, and it’s up to you to find and conquer them all.

In each scenario included with the game box, you’ll have several choices to make. These will guide your path and shake up gameplay in brand new ways, helping you to forge your own unique destiny. There are a lot of mechanics that play out in Gloomhaven, many of which require hours of learning to master, but spare the time and you’ll be able to immerse yourself in one of the most epic and well-told board game narratives of the modern era. Gloomhaven is a beast, but it’s worth the time and energy investment.

The Lord of the Rings: Journeys in Middle-earth

The Lord of the Rings: Journeys in Middle-earth is an adaptation of Mansions of Madness that uses the theming and lore of The Lord of the Rings to send players on story-based quests. Unlike Mansions, the base board game involves a dense narrative that plays out in several chapters, with each tying into the larger story. You can play through this board game as a number of iconic heroes like Aragorn and Legolas, with each having their own strengths and weaknesses.

Guided by the game’s companion app, you’ll make a number of exploration-based choices, and work towards defeating enemies, uncovering items on the tile-based map, and solving conundrums to do with magical necklaces, swordplay, and Orc armies. This game tends to be quite difficult, as danger waits behind every choice, and the enemies can be quite tough, but there are win or lose conditions for every scenario. No matter how you fare, Journeys in Middle-earth will account for your skills.

Mice & Mystics follows a group of heroes (or just one, if you’re playing alone) who end up magically transformed into mice. Tasked with restoring yourself and your teammates to human form, you must explore a giant castle and work towards defeating the minions of the evil Vanestra – and the smaller horrors of the castle – by leaning on your new stealth skills and mouse abilities. This is a co-op board game, so you won’t need to fight against your friends, but that doesn’t make the danger any less pertinent.

You’ll need to use clever tactics and exploration skills to advance, with interactive environments and tile-based rooms hiding secrets you can exploit for your gain. True to the game’s theme, you can also use special items like cheese to increase the abilities of your heroes, and build their attacks against foes like cockroaches and giant cats. For a more whimsical dungeon crawler – one that plays out like a childhood storybook, or a chapter of Redwall – check out Mice & Mystics.

If you’re looking for more of the best board game adventures out there, check out the rest of the GamesHub favourites: