Like A Dragon: Ishin! is a turning point for Sega’s cult Yakuza franchise

Like A Dragon: Ishin! developers from Ryu Ga Gotoku Studio talk to us about why they've gone back to revisit the past of the Yakuza series.
Alessandro Fillari 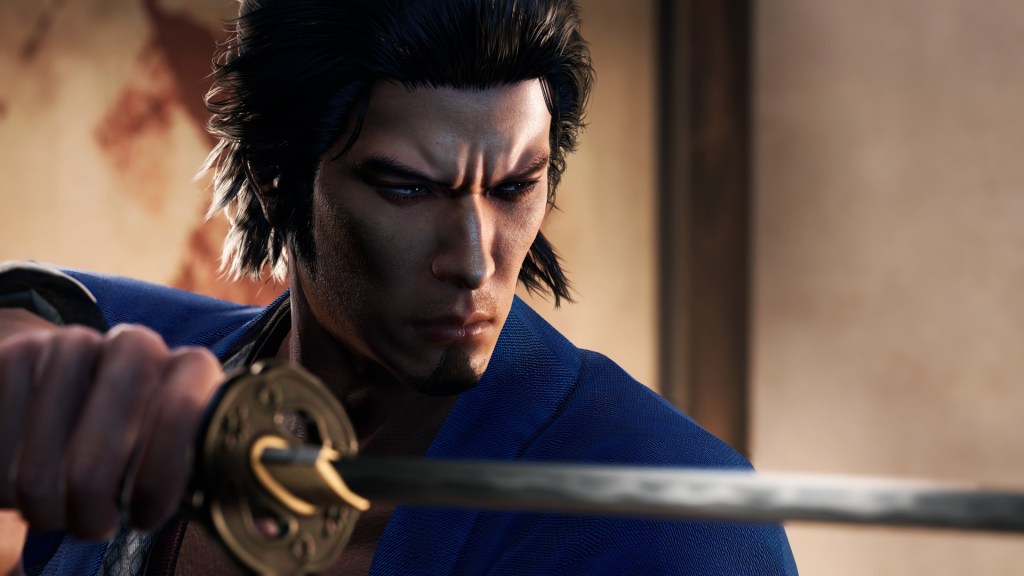 Sega’s Yakuza franchise, now rebranded as Like A Dragon in the West (a more accurate version of its Japanese title, Ryu Ga Gotoku), seems to be in a great place as it inches closer to its 20th anniversary, and with the impending release of Like A Dragon: Ishin!.

Though the series was a runaway success in its native Japan – unsurprisingly, given its contemporary Tokyo setting – it took some time to find an audience in the West. Slowly becoming a cult favourite as its releases were localised, the series finally made its biggest breakthrough with 2020’s Yakuza: Like A Dragon, which blended the franchise’s penchant for elaborate storytelling and stylish action with turn-based combat that paid tribute to classic Japanese role-playing games.

The next game in the Like A Dragon series is a revisiting of the past – the return of a game that was never released outside Japan. Like A Dragon: Ishin! arrives on 21 February 2023, and is an enhanced remake of the original Ishin! game. It’s a showcase of the places the Yakuza franchise has been since its early days.

Read: Yakuza spinoff, Like A Dragon: Ishin!, coming to the West for the first time

At TwitchCon 2022 in San Diego, North America, I played an extended preview of Like A Dragon: Ishin! and had a chat with producer Hiroyuki Sakamoto from Ryu Ga Gotoku Studio, who took some time to reflect on the franchise’s growth.

‘I remember just working hard as I can, being very reckless in developing the original [Ryu Ga Gotoku] game,’ he said. ‘We were a Japanese studio making a game for Japanese audiences.’

‘But with some external localisation work, we were able to bring it out to the rest of the world, and now we have an even bigger fan base with the Western community, whom I really have to thank for their support.’

What’s made the Like A Dragon series so endearing is how it blends hard-boiled crime fiction with earnest, yet lovingly melodramatic plots that feel in step with an engaging TV soap opera. This also comes with a healthy dose of over-the-top action and slapstick comedy that is incredibly entertaining.

There aren’t many games that manage to cleverly balance the political and social intrigue of centuries-long conflicts between rival yakuza clans, while also letting you take part in karaoke, as well as side quests involving angry adult men who wear diapers, whom you offer wholesome relationship advice to, after defeating them in a fight.

It doesn’t sound like it should work, yet it does – and it’s all so fun to see play out. There’s truly no other game series like it, and it only seems to get more daring with every new entry.

This is why the latest game is such an intriguing turn for the franchise. While two other games are coming within the next few years – both a prequel and a sequel to the 2020 game Yakuza: Like A Dragon – the remake of Like A Dragon: Ishin! sees its original story and gameplay expanded with added features that make it more in step with modern games.

Set in 19th-century Japan, at the tail end of the Edo period, Like A Dragon: Ishin! focuses on the brewing conflict between the Shinsengumi special police and the local criminal underworld of the Tosa province of Japan. As the violence escalates, protagonist Sakamoto Ryoma (a dead ringer for modern-day series hero Kazuma Kiryu) gets caught in the middle of it all. On the surface, the plot and setting look like the familiar Yakuza games, only set in Feudal Japan.

What I liked about playing Ishin! is that it fully embraces the hyper-reality of its predecessors. It’s a period piece for sure, but it also comes with an incredibly stylish and over-the-top gameplay system that blends brutal, brawling action with RPG mechanics. Along with utilising four unique combat styles – from unarmed, sword, firearms, and sword and gun combos – you also have an assortment of support buffs and super attacks, called Soldier Skills, that call in assists from other characters from the series, like Ichiban Kasuga – the protagonist introduced in Yakuza: Like A Dragon.

It felt so dorky seeing Ryoma use a skill that creates a special laser attack that wipes out all nearby enemies, but it was so fun to use. And therein lies the essence of why the Like A Dragon series succeeds – it’s able to blend the absurd with thrilling combat and dramatic moments.

Why the West is ready for Feudal Japan

Ishin! is shaping up to be another great entry, and according to producer Sakamoto, the developers have kept the continual demand for Western releases of Ishin! and its predecessor Kenzan! in mind.

So far, there are no plans for Kenzan’s re-release, since the developers at Ryu Ga Gotoku Studios saw more promise in Ishin!. This was especially evident following the success of the recent Yakuza games, along with other hit games set in Feudal Japan like Sucker Punch’s Ghost of Tsushima and Team Ninja’s Nioh.

‘There was a lot of demand from the international community to localise Ishin in 2014, but back then, nine years ago, we didn’t know if it would sell to Western audiences,’ said Sakamoto.

‘We assumed it would be a little bit too Japanese for global audiences, and so that’s why we only released it in Japan and it was kept that way. But now more than ever I think, people worldwide are embracing content regardless of their cultural unfamiliarity, with such games like Nioh and Ghost of Tsushima being examples.’

‘People are beginning to embrace content for being different and letting it speak for itself, and so it was a good time to release Ishin. I think our times have changed, where the international community really desires and embraces content for what they are, no matter what the culturalisation is for that game.’

Interestingly, the remake of one of Yakuza‘s ‘lost games’ represents a significant milestone. What was once a popular Japanese franchise with a devout, but cult, following in the West is now making bigger strides into becoming a worldwide franchise.

Like A Dragon: Ishin! will also mark the first time a new entry in the series will be available for both Eastern and Western audiences at launch on 21 February 2023.

It’s certainly a far cry from the franchise’s early days, and producer Sakamoto, who’s worked on every entry in the series, feels that this level of success for the franchise has been a long time coming.

‘This is my first time at TwitchCon, and I’ve come into contact with so many fans that are here,’ said the producer. ‘I can really feel their passion for this series, and even doing these interviews in a very intimate setting like this really inspires me to keep working on the game, and deliver something great for the fans.’

Alessandro Fillari is a writer/editor who has covered the games, tech, and entertainment industries for more than 11 years. Based in the San Francisco Bay Area, he previously worked at GameSpot and CNET as an editor specializing in games coverage. You can find him on Twitter at @afillari