Ghost of Tsushima: Director's Cut has introduced a new set of armour inspired by Horizon Forbidden West. Here's how to get it.
Edmond Tran 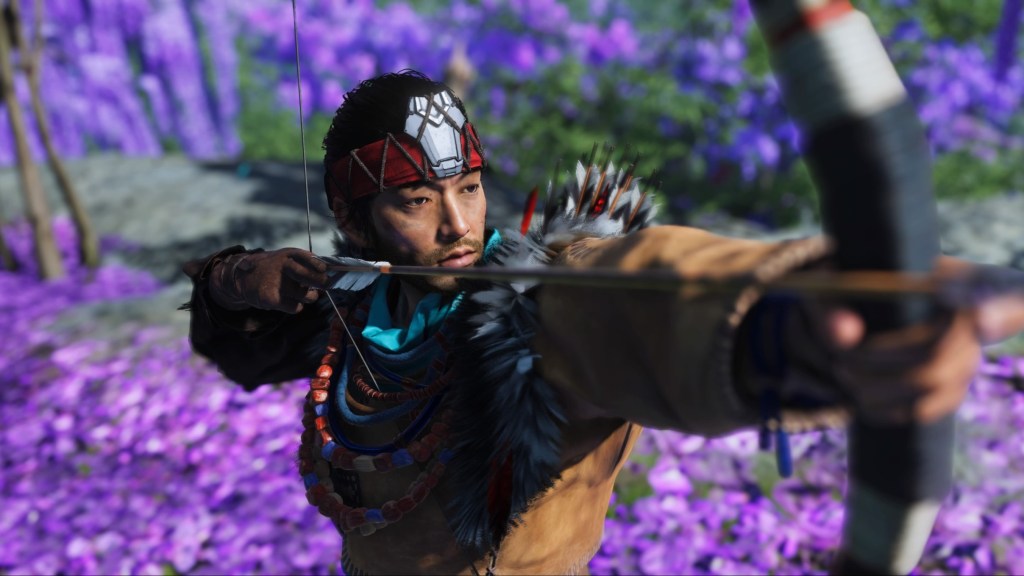 The release of Horizon Forbidden West on 18 February is impending – and it’s the first major PlayStation Studios release for the year. To mark the occasion, PlayStation’s open-world samurai game Ghost of Tsushima has introduced a Horizon-themed set of armour.

It’s not the first set of crossover armour in the game – Ghost of Tsushima: Director’s Cut, which was a PS5 rerelease of the game, featured armour inspired by PlayStation games like God of War, Shadow of the Colossus, and Bloodborne – but it is fairly nifty, and fits right into the game.

To find the Horizon-inspired armour, you’ll need to make sure you have Patch 2.15 installed, and have completed the The Legend of Tadayori quest in the main game, which grants you Tadayori’s armour set.

If you have the patch installed, a new Forbidden Shrine will be present in the north of Iki Island, the new location introduced in Director’s Cut.

Once there, you’ll need to complete an archery-related task.

To do so, equip Tayadori’s armour, which will let you see a series of glowing weak points on the shrine. Shoot the points with arrows, and the Horizon armour is yours.