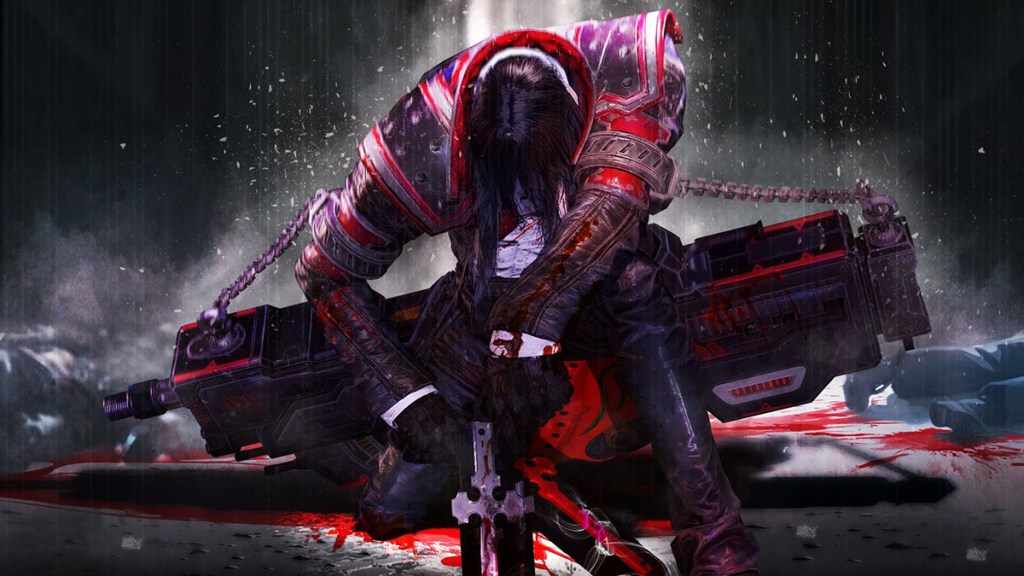 Had life gone differently for Brandon Heat, aka the protagonist of Gungrave G.O.R.E., he might’ve stayed a wanton criminal working for the Millennion crime syndicate. But as fate would have it, a grisly, beautiful future was in store – as his death at the hands of friend Harry McDowell led directly to his rebirth as killing machine Beyond The Grave, a gothic hero armed with massive guns and a penchant for spilling guts.

In Gungrave G.O.R.E., a sequel to Gungrave VR and the original PlayStation 2 Gungrave franchise, Grave comes into his own in bloody battles and combat encounters inspired by classic arcade-like action-shooters of the early 2000s. At a recent preview session held by publisher PLAION, we were able to get hands-on with the gory tale – and came away deeply impressed by Grave’s unique power set, and the game’s uniquely flashy action.

The demo, which was also recently on show at Gamescom 2022, kicks off with a beautiful CGI cutscene that glitters with style. Grave arrives at a criminal hideout in a rocket-powered coffin, bursts out, and immediately fires upon a group of goons. This is followed by neon, cloistered corridors, as you take your first active steps into Grave’s blood-drenched world.

And it’s not just the game’s world that shines – its combat is also a flashy and over-the-top joy, despite its relative stiffness. Unlike other games in the action-shooter genre, Gungrave G.O.R.E. opts for a slower, more tank-like approach to movement and shooting. As in arcade titles, you’re given a set reticle that highlights enemies in your path, helping to guide your bullets as they fly.

You can shoot at enemies with a massive, high-powered gun (chained over Grave like a handbag), take a lighter approach with twin pistols, pull off sweeping melee jolts, or initiate a range of special attacks to take down whole swathes of enemies. In motion, it’s a flowing orchestra of blood and guts, as enemies are mowed down in Grave’s path, and bullets flow from every direction.

Grave moves at a slower pace than you’d expect from an action-shooter hero, but a snappy dive and mid-dive shooting mechanics means he can dodge when he needs to. You’ll always have your guns at hand, ready to take on new threats. The pace also allows a head-first approach; you’re not just wildly shooting at enemies hoping for the best, you’re watching sight lines and surprise attacks, planning out your movement and next targets as you soak up bullets and methodically dispatch everyone in your way.

Having a heavy character as a main protagonist in a genre that typically prioritises agile movement and high-speed dodging is surprising, but a quick acclimatisation to this approach will help keeps the action of Gungrave G.O.R.E. rolling – literally. With Grave’s heavyset, ground-based attacks, you’ll need to adjust to the need to stand your ground most of the time, and rolling when you need to avoid any bigger damage, particularly in boss encounters.

The majority of the demo took place in corridors filled with goons, allowing for experimentation with light and heavy gun attacks, as well as different shooting styles, as enemies leap from behind closed doors and attack you from all sides, in scenes reminiscent of zombie arcade classics like House of the Dead. Leap through corridors, take out roving bands of enemies, plod further into dangerous territory, rinse and repeat.

As you roam, you’ll build up energy points and eventually be able to unleash those harder-hitting, flashier moves – bullet barrages, explosion-filled hits, and rocket-powered attacks. You’ll also unlock a secondary weapon – a chained hook that can grab enemies to use as human shields, or be used as a takedown on stunned enemies.

Plan your timing and combat steps carefully enough, and a combination of these techniques can aid your escape with zero damage to your health – your shield will work wonders up to a certain point – as Grave carves an unholy path through his targets. This is gothic power fantasy at its finest – a hard-hitting, romping and stomping adventure where you can really put a mark on your enemies, and salivate over Grave’s hearty power set.

In the later half of the demo, Grave encountered his first major boss – an armoured tank with a devastating rocket attack. It’s here that you can really let loose with the game’s firepower, unleashing every attack in your arsenal – crunching melee blows, vengeful rocket blasts, and twin pistol fires, all while rolling to avoid enemy attack.

It’s a little bit of the gunplay from Devil May Cry and Bayonetta, a little bit zombie arcade, and a whole lot of pizzazz to boot. The original Gungrave games for PlayStation 2 are wildly underrated, and Gungrave G.O.R.E. so far feels like a return to that form for the series. It maintains the same game-feel as these classics, while sporting a sleek modern look and meatier moveset that stand out in the action-shooter genre.

While the preview available during the recent PLAION showcase was fairly short, it gave enough away to have us yearning for more. Luckily, there’s not long to wait – Gungrave G.O.R.E. launches for PlayStation 4, PlayStation 5, Xbox One, Xbox Series X/S, and PC via Steam on 22 November 2022. It will also launch on Xbox Game Pass.