Freeplay: Parallels and making games on your own terms

Freeplay: Parallels at Melbourne International Games Week 2022 was a much-needed reiteration that making games for yourself can be fulfilling.
Percy Harris 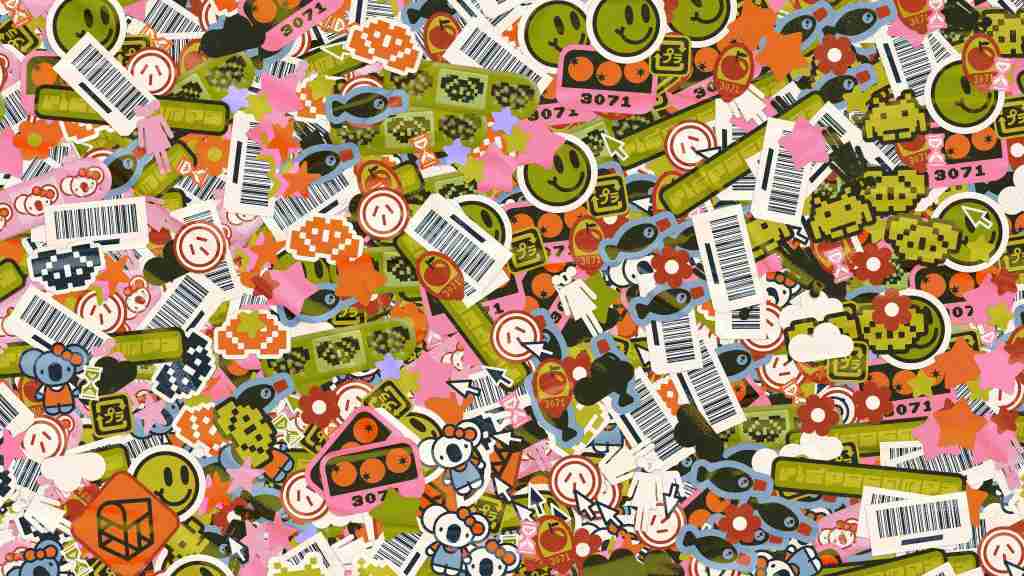 As a younger developer, it’s felt like my role has been to stare, wide-eyed, at talented people talking of projects they’re passionate about. At Freeplay: Parallels, a night of talks by the world’s longest-running independent games festival Freeplay, my eyes grew wider. In highlighting the voices behind independent games, and looking at games as arts practice over product, the night proved to be an inspiring one.

Getting to attend it in person for the first time reminded me of what I like about making games, as well as how complex things can get.

Read: Freeplay: Parallels 2022 – Everything we learned

Throughout the night, the talks felt as if they were in conversation with each other, echoing similar sentiments and discussing the same struggles. This isn’t totally surprising, considering the energy of Freeplay itself. The main Freeplay Festival was recently on the cusp of ceasing, thanks to the pandemic – and the last two years of Parallels talks could have very easily not gone ahead.

The reason why Freeplay remains is because of the passion behind it, which was palpable in the audience, who shared a sense of camaraderie at Parallels.

What also stuck out to me was that a lot of the talks felt like they were about making games on your own terms: the choice to avoid optimising development only around commercial success, in favour of engaging with the process of making games in a way that is artistically fulfilling and meaningful.

The night opened on Mars First Logistics, a physics simulator in which you construct odd modular machines in order to transport materials across Mars. What made it stand out to me was the game’s charming aesthetic and personality.

Kalonica Quigley, the 3D artist on the game, mentioned a pivotal moment in how she viewed the game was noticing one of the objects to transport was a watering can. Why do they need a watering can on Mars? Who knows! In creating the game, she gave herself the freedom to take the game’s tone less seriously – ‘what if making games was fun?’

Hearing Ian MacLarty and Quigley of Shape Shop assert that making games you enjoy with your friends is meaningful in itself really stuck with me.

Eli McDonald and Kati Elizabeth from Guck spoke about the emerging studio’s upcoming game, Future Folklore, the importance of Guck being a First Peoples-led studio, and how that influences their working processes. They also brought up how ‘inclusion without justice is just optics’ – that superficially engaging with First Nations topics without giving back to their community is meaningless.

Read: Freeplay: Parallels 2022 – Everything we learned

The takeaway was that as a marginalised person or group, it can be very easy to try to dilute what you’re making, or ‘tutorialise’ your experience for a broader audience. Their passion and backbone was inspiring.

In some ways, the talk by Studio Folly was also about backbone. Jessica Shipard and Darcy Smith talked about their game Gubbins and entering the mobile games market, which often engages in ethically dubious practices, to put it lightly. They were told upfront multiple times that they didn’t belong in that industry, with the two goals of making something they were proud of, and something that was commercially viable feeling mutually exclusive.

But, they still opted to try – ‘even if Gubbins shakes out not to be a commercial success, at least we will fail on our own terms.’

As an independent developer, it’s extremely easy to be pulled in many directions. Projects are long and people’s outlooks and circumstances may change radically throughout them. Developers are faced with audience expectations, matters of commercial viability, or the effectiveness of time and effort. It is a difficult balance, and often a very conscious choice to make games how you would like to make them.

TwoPM Studio talked at length about how easy it can be to go down a route that, while viable, isn’t what you actually want your game to be. Development on their game WizardChess was slower and arguably not advisable, as they developed multiple viable paths to go down, only to double back on progress as it wasn’t what they were aiming to make.

This process allowed them to make the game they actually had envisioned when they set out.

The team of Ricky James and Ben Follington aren’t using game development as their main source of income – they have other jobs – which in some ways gave them the freedom to approach their game without concerns of money cutting off their development time.

Somewhere from the heart

The next team that spoke at Freeplay: Parallels was Little Pink Clouds. I’ve looked up to this studio for a long time, since many of its members graduated from my degree, the year I began. I jumped at the opportunity to talk to artist Chantel Eagle about starting the studio and developing Letters To Arralla, a cute game about exploring an Australia-inspired island, and delivering mail to its inhabitants.

I was curious about what led her to make a game like Letters To Arralla, and how it fit alongside previous games she had made, as well as her future ideas. Eagle spoke a lot about being driven by a feeling that interests her in every game she makes, a sense of wanderlust. ‘I knew that I wanted to make a game that was very, very exploratory,’ she said. ‘I made a game because I loved exploring a world of my creation.’

For Eagle, Letters To Arralla is also an opportunity to develop her ability to make games with this sense of awe in exploration. ‘I have these great worlds in my head that I just don’t have the skill yet to create. So hopefully after this, I get that experience and practice. I can make richer and richer worlds, bigger worlds that I can start wandering and exploring within.’

‘The goal for me in creating this game with my team was just to create a game that I was proud of, that my teammates are also proud of. And to just make it with my friends.’

It’s a very sweet ambition, but there was a degree of intentionality behind it too. Eagle went on to say that ‘anything bigger than that can lead to a lot of self-doubt, or a toxic mindset.’

‘Why isn’t this game making me famous? Why is this person doing better than me?” And then it’s just that the goal you set was quite difficult or unrealistic. So I set myself a far more realistic goal that I would be happy with no matter what happens.’

At Freeplay: Parallels, many developers talked about the affordances they allowed themselves to make something they actually liked making. There’s a feedback loop between a developer and their game where, when you alter something, the game will feel different and you can then alter something in reaction to that. I love hearing how developers discuss their relationship with the things they make – which is what inspired my talk with Chantel.

Hearing this, she gave me some words of advice: ‘I just want you to know there’s no clear-cut way. Every single team, every single life circumstance is completely different from the next developer.’

‘There’s no right or wrong way, all that matters is you’re okay and healthy during that process, and that you have something you’re proud of in the end.’

She then made a point that is at the heart of all of this: ‘If it’s something you are starting from the very beginning, knowing how difficult that journey is going to be ahead, there’s something that must be so special about that game … it will speak individually to every developer.’

It’s a major effort to make even the smallest game, and to embark on it is a show of faith in both the idea of the game itself, as well as your skills as a developer, or a team.

The other talks at Freeplay: Parallels focussed on similar concepts, and featured gorgeous, diverse, and inspired games in development across Melbourne’s games industry.

Sbug Games’ Isopod: A Webbed Story already looks very fun, and continues the studio’s love of very small creatures. The talk by Tempo Lab introduced me to Bits & Bops, a rhythm game I’m now excited to support. Catchweight Studios’ discussion of Conscript really shone some light on how much the developers’ own passions and interests went into it. Finally Frog Detective 3, a game bursting with charm and humour, got a major showing from developer Grace Bruxner, who described an important decision to allow the game the time it needed to be developed.

As someone who is moving into the games industry, and as someone who likes games, these ambient thoughts have been in my head for a long time. It’s an old anxiety – thinking about how to make something you are proud of, as well as how to ensure it actually gets made. It was really valuable to see so many people discuss this in succession, and to see developers still passionate about their games.

It’s now clear to me there’s no simple way of balancing all of this – but it is possible. Hopefully, if you’re someone who likes to make stuff, hearing so many of these stories helps you feel a little less alone. Attending Freeplay: Parallels certainly helped me in that regard.

This article was commissioned by GamesHub and Creative Victoria as part of Wordplay, a games writing mentorship program held during Melbourne International Games Week 2022. Read more from the cohort:

Percy is an artist and game developer, with an interest in developing projects with themes of connection. Their two most played games are Hades and Picross, which probably says something about them. You can find Percy in most places as @unseconds.