Freeplay: Parallels 2022 – Everything we learned 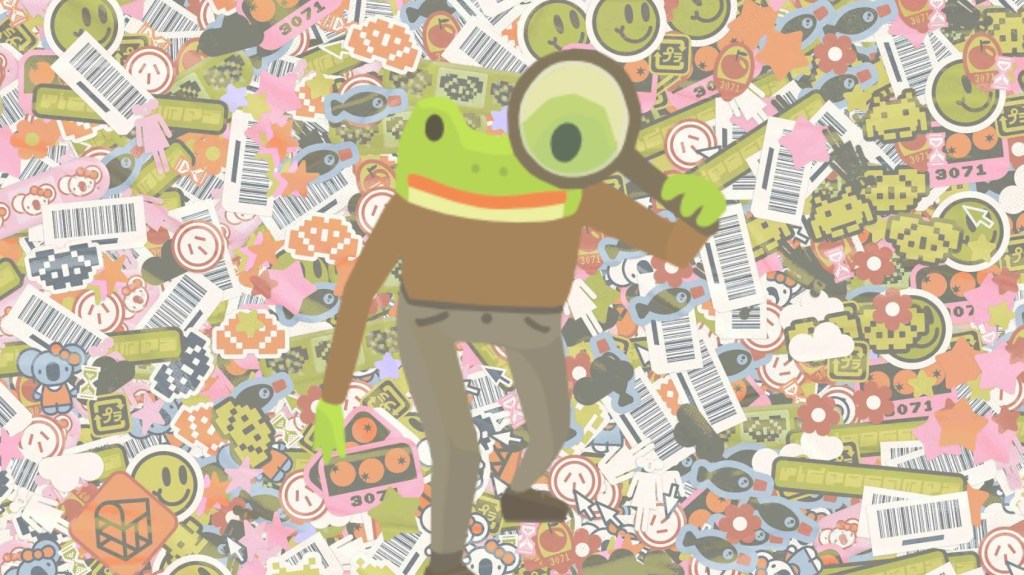 Freeplay: Parallels, the annual celebration of small, Australian-made games, returned during Melbourne International Games Week (MIGW) 2022 – with the event being held in person for the first time in many years. It was a chance for the local development scene to come together, and learn from a range of speakers – some of whom spoke about industry issues, while others showed off snippets of gameplay from upcoming games.

GamesHub was present to share in the presentations, which charted a future path forward for the Australian games industry. Here’s everything we learned at Freeplay: Parallels, including every game announcement and reveal at the show.

Mars First Logistics kicked off the celebrations at Freeplay: Parallels, with a gorgeous-looking gameplay demonstration that took the audience across the far reaches of Mars. While there are objectives to build different vehicles to transport specific goods, you’ll also be able to roam and play freely with this simulator, building unique vehicles with Lego-like parts.

They can be as simple as a wheeled rover, or include more complex parts and mechanisms. In the Freeplay demonstration, an ant-like beast with multiple legs and slow movement. The limits of Mars First Logistics will likely be your imagination when it launches in future.

While you wait for a full release, you can try a free demo on Steam.

Guck gave a rare talk about ICIP, respect, and paying the rent

Guck is an emerging Australian game development company with a focus on hiring, training, and representing Indigenous Australians from all walks of life. While the studio is often asked to present talks and share knowledge with the local industry, these requests are typically turned down – on the proviso that ‘when people are ready to present and want to present, they will.’

Freeplay: Parallels was a rare chance to hear from Guck, and to learn more about the issues currently plaguing the local Australian games industry – from developers exploiting Indigenous culture without providing fair compensation to consultants, to ignoring the lands on which they make art, and presenting Indigenous culture as homogenous.

Guck spoke about essential change that needs to take place in future, including:

The team concluded the talk with the following message: ‘Representation and diversity without justice is just optics.’

Gubbins is your next favourite mobile game

Gubbins, from Studio Folly, was a highlight of Melbourne International Games Week (MIGW) 2022, across a range of showings (including the PAX Aus Indie Showcase) – but it appeared first during Freeplay: Parallels, with creators Darcy Smith and Jessica Shipard discussing the development of the game, and why the team chose mobile for its primary platform.

The game essentially functions like a ‘word roguelike, with players collecting helpful and hurtful ‘Gubbins’ characters that guide their gameplay and help them to influence word choices in a Scrabble-like set-up.

It’s extremely delightful, unique, and should certainly find an audience – but according to the Studio Folly team, there were initially doubts about its success. One consultant even told the team they ‘might as well be flipping burgers’ rather than releasing a game on mobile without aggressive monetisation structures.

But the goal of the game was always to create a fun mobile experience without pain points or frustration.

The team stuck to their guns, and Gubbins was born as a result. When the game finally lands – likely in 2023 – expect it to win you over quick-smart with its clever charms.

WizardChess was born of deep experimentation and iteration

Next up, TwoPM Studios introduced early access game, WizardChess, a deck-builder with roguelike mechanics and a chunky pixel art style. This game was originally known as Song of the Fae, and went through a hearty iterative process that saw it change styles on multiple occasions.

Ricky and Ben from TwoPM Studios used their platform at Freeplay: Parallels to discuss the nature of game creation, and how ‘The Narrow Path’ principle must be applied to fresh ideas – essentially, game developers need to plan extensively and see what the bigger picture is in the far distance, to gain perspective and ground their ideas.

Landmarks along the Narrow Path (ideas, concepts, mechanics) will determine the subject matter and development of the game, but it must be developed along a set path, lest it becomes too winding, too large, or too complicated.

The Narrow Path is exactly what aided the TwoPM Studios journey.

Letters to Arralla was also shown off at Freeplay: Parallels, with gameplay snippets and screenshots depicting a delightful world inspired by Australian flora. The game is about delivering letters around a quirky town, but this concept is also buoyed by funny little characters, each of which sports a bouncing, bare butt.

Why are these vegetable-like creatures naked? The better question is why not? In Letters to Arralla, sense means little – and that’s fantastic. While the game is in the early stages of development, even in its current form, it looks lovely.

Look out for this whimsical journey in future.

A sequel to Webbed is on the way – Isopod: A Webbed Story

Sbug Games, known for the smash hit game Webbed, unveiled a spinoff during Freeplay: Parallels 2022 called Isopod: A Webbed Story. Born out of a desire to learn a new engine for the true sequel to Webbed, Isopod will be in a whole new 3D style with a vast world.

Players will embody an isopod bug in this sequel, using Sonic-like rolls to speedily traverse a massive, grassy open world. There are hints of the classic PC game Bugdom in this journey, although there’s a much greater sense of dynamism and speed via rolling, and swinging with a magnetic grappling hook. Sbug is creating Isopod in the Unreal engine, which means it’s currently in development as their learning continues.

A gameplay demo shown off during Parallels featured intricate, high-speed platforming, quests to conquer, items to collect, branches to grapple from, and plenty of brilliant isopod physics. For those who’ve played Webbed, the demo also featured a nice little cameo – the jumping spider protagonist appeared in 3D form.

Bits and Bops is an animated rhythm action game with style

Bits & Bops from Tempo Labs got a great showing at Freeplay: Parallels, where the rhythm action elements of the mini-game collection were deconstructed for a general audience. Developers Rose and Evan discussed the creation of multiple mini-games, including Flipper Snapper (pictured above), and talked about the importance of player input and timing.

The audio response to the input made by the player needs to be sleek, snappy and non-delayed to get the best results. Evan described this process as extremely difficult, as most software contains an in-built delay that can make player input slow and unresponsive – so to combat this, the team built a custom game engine.

What that means is that Bits & Bops will be as latency free as possible, with players unable to ‘blame the tools’ if they put a foot wrong in these rhythm mini-games. So far, Bits & Bops features charming 2D animation, strong Rhythm Heaven-style scenarios, and will launch on Kickstarter in 2022.

Conscript will explore the horror of World War I

All of us have been touched by war in some way – whether through family experiences or cultural trauma. In the survival horror game Conscript, the psychological impact of these terrible events will be explored, through the eyes of a lone French soldier fighting through World War I. During Freeplay: Parallels, solo game developer Jordan Mochi described the intricacies of his upcoming game, and talked about how visiting war-ravaged sites in Europe helped to inform its creation.

Mochi also discussed his rocky path to game development, and talked about how individuals can learn a lot by prototyping games, using YouTube tutorials for guidance, and learning new skills along the way – even without a background in game development.

While Mochi didn’t regard his first game as high quality, he described it as an important learning experience, which led to the creation of Conscript. The game does not currently have a release date.

Frog Detective 3 is scooting up to steal your heart

After all that goodness, the audience of Freeplay: Parallels was treated to a live reading of a scene from Frog Detective 3: Corruption at Cowboy County from creator Grace Bruxner and composer Dan Golding, accompanied by a gameplay demo and context provided by Bruxner.

Corruption at Cowboy County looks like an ambitious sequel, with a far larger setting than its predecessors, and the same eccentric, heartfelt humour. Also – Frog Detective now has a rideable scooter. So really, it’s better in every way.

While no release date was announced for the game, the gameplay demo did give a look at some of the denizens you’ll meet in the adventure and introduced the plot of the game – you’ll be solving the mystery of how every hat in a local township disappeared at once.

To cap off the night, Paper House’s upcoming god simulator, Wood & Weather, had a new trailer unveiled that demonstrated how players will be able to interact with the game’s miniature block world. You’ll embody a giant floating hand, with the ability to pluck and move objects around in the world and dramatically change the environment.

You’ll have the power to control extreme weather conditions, which will change how its citizens behave and create new scenarios. It looks like the goal is to help people, but you’ll also be able to mess everything up and cause chaos by creating floods, hail, and other snowstorms.

Freeplay: Parallels is a celebration of small Australian games. GamesHub was provided complimentary access to the event.