On Citizen Sleeper and precarious survival in a capitalist world

Though removed from present reality, Citizen Sleeper deftly captures the uncertainty of living life and simply facing the day ahead.
David Wildgoose 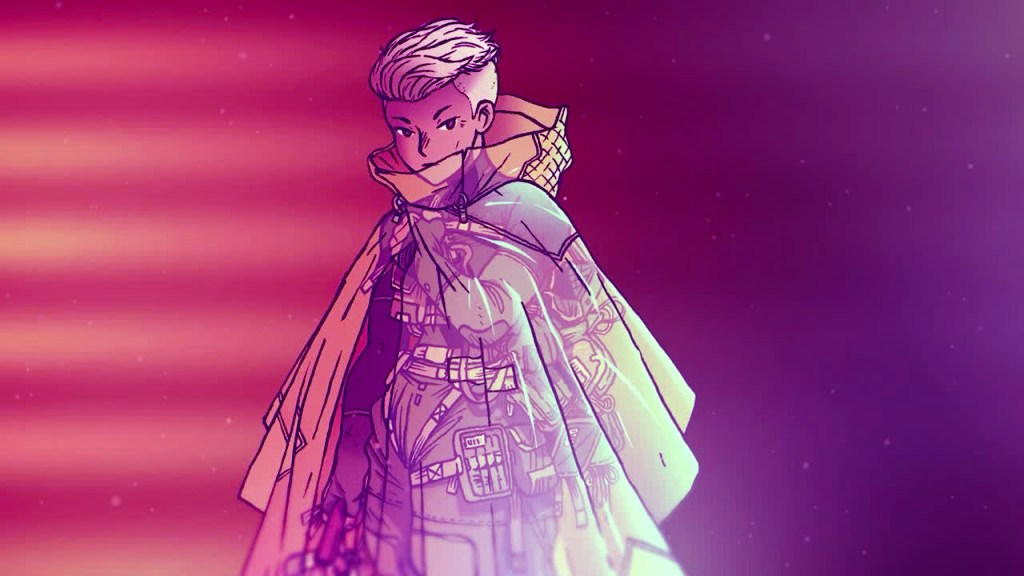 Image: Jump Over The Age

The ship was leaving today and I was running out of time. The day’s dice seemed to confirm that I was all out of luck. I’d used my one good roll – a five – to ensure my shift at the bar had gone smoothly and that I’d pocket enough cryo to afford a meal tonight. Meaning all I had left to give today on this damn contract was a two and a one.

I couldn’t risk it. Rolling the two and the one was at best a 50/50 shot at a neutral outcome, and even the best-case scenario wouldn’t get the job done in time. Worst case, two negative outcomes would leave me utterly exhausted, the job still wouldn’t be done, and tomorrow would be even worse. Bliss had said this job might be our ticket out of here, the big break we’d been desperately hoping for. And here I was, about to let it slip through my fingers.

Then I remembered I had an upgrade point left to spend. I checked the character screen and ran through the options. There it was. I had enough to purchase the skill that would let me, once a day, reroll my dice. I could reroll the two and the one. No guarantee I’d get anything better. But at least there was a chance. I bought it, paused to mutter a prayer to whatever god a synthetic emulated being believes in, and hit the reroll.

I couldn’t believe it. If Bliss had been there, I’d have screamed and leaped onto them in giddy celebration. “We’ve done it!” I’d have yelled with them, delirious and happy for the first time since setting foot on the Eye. We could finish the job, get paid, then party. More importantly, we wouldn’t have to worry about where the cryo for the next meal was going to come from. At least for a little while, anyway. With a wild swing from rock bottom to utter elation, the feeling of sheer relief – all that gnawing anxiety satiated in an instant – was overwhelming.

In its depiction of the cast of misfits aboard the space station known as the Eye, Citizen Sleeper explores themes of transhumanism, being a disposable and interchangeable unit of labour, and surviving with a disability in a world constructed by and for capital. Mostly though, it’s a game about precarity… until it isn’t.

For long periods, Citizen Sleeper nails that feeling. You wake up each morning thinking about what you need to get done today in order to survive. You look at the dice that have been rolled for you and pretty much know how the rest of the day is gonna go. Fives and sixes, and things are gonna work out just fine. Threes and fours, and you can probably just handle it. Ones and twos, you groan and think it might be best to stay in bed.

I don’t know that it simulates what it might feel like to suffer from clinical depression, but it does truthfully represent the sometimes extreme variability in how well-equipped any of us might feel to face the events of the day ahead.

As a Sleeper, an emulated consciousness embedded in a synthetic human body, you exist in the margins. On the Eye, that means scrapping for whatever odd jobs you can find, a scavenger in the wreckage of a derelict company town. In this economy, you plug your dice into whatever gigs you can wrangle, and trust it’s enough to get by. Some jobs are risky or dangerous, and even when you only have a two you’ve still got to feed it into the labour machine and hope you don’t get crushed.

‘For the generation I feel a part of, precarity is that experience,’ Martin said during their LudoNarraCon panel.

‘I think there’s so many people who know what that means. What it feels like to be struggling against systems bigger than you. And you have to build your own small systems, your own allyships, your own mutual aid, your own structures.’

Much of the work you find on the Eye is temporary. People need something done, they’ll pay you and you part ways, and you’re forced to find something else the next day. Some employers mandate strict deadlines; fail to deliver and they’ll go elsewhere. Constant is the pressure to keep a meagre income trickling in while still having the time – the dice – to follow the most interesting story threads.

But you find people who can help, and develop those relationships. You start to pick up routines, maybe even chance upon work that can be performed reliably and regularly. The demands of sustaining yourself, affording the food that can replenish your energy meter, and securing a supply of the stabilising drug that slows the rate at which your consciousness rejects your synthetic body, gradually become manageable, rather than all-consuming.

Life on the Eye begins to feel less precarious. In fact, maybe it starts to feel comfortable. The payout from completing that contract with Bliss gave me enough cryo to buy the scrap I needed to refit a home for myself, enough to live on without the stress of putting most of my daily dice into whatever crappy job was on offer, enough to feed the stray cat that’d turn up at my door each night.

Yet it still felt out of my control.

It still felt like I’d fluked it. I’d worked hard every day, giving everything I had to the various jobs I’d scrounged together, and it’d always just been barely enough to get by. When I rerolled and those two sixes came up, I knew I’d earned the upgrade point, but the drastic change in fortune – turning those dud dice into exactly what I needed – felt like a lightning strike. I was still a tiny cork bobbing in the ocean of capital, only this time, for once, the fates deigned that I wouldn’t drown.

I was still at the mercy of a system bigger than me. When your number comes up, you just have to hope it’s a six. Preferably two of them.