The App Store keeps a record of everything you've ever downloaded. Returning to an iPhone ten years later revealed just how much had changed.
Leah J. Williams 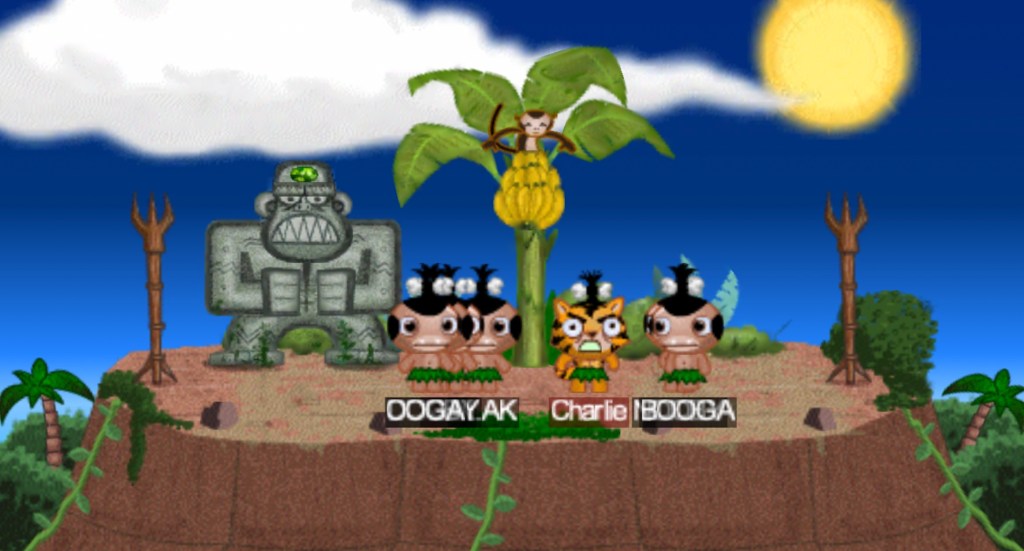 I remember the first time I played games on an iOS device – vividly. I was 14, and the first generation of iPod Touch devices had hit the market. I begged for one, as a Christmas gift, keen to get my sweaty hands on a device that was, at the time, fairly revolutionary. Music at your fingertips. More than that, games at your fingertips. Even in this early stage of the iPod and iPhone era, when apps were relatively simple and experimental, I fell in love.

In this era, mobile games weren’t what we know them to be now. There were no sweeping, large-scale adventures, cute puzzlers, or subscription services like Apple Arcade. Apps were largely for novelty value. Some didn’t even really have a true function. In one, you could tilt your screen and ‘beer’ would flow across your device. In another, you could pop pimples by tapping the screen.

In the early 2010s, mobile action adventure games took off, with adaptations of Iron Man and Spider-Man being core standouts for me, as a young and impressionable iPod user.

The novelty wore off in this period, as apps led way to games – and ‘mobile gaming’ evolved, as a concept. As phones integrated better-performing hardware and higher resolution screens, these games continued to change – with each device generation bringing drastic improvements. I eventually graduated from an iPod Touch to an iPhone 5, and then to the ‘dark side’ as an Android user.

When I was offered the chance to review the latest iPhone 14 Pro Max, with all its modern high-end hardware and potential, I was extremely curious about how much the experience had changed in the last decade. As it turns out, mobile gaming on Apple devices has evolved phenomenally since I last experienced novelty pimple popping and tap-tap-revenging.

Firing up the iPhone 14 Pro Max was a wild experience – it felt so different to how I remembered these devices. The first thing I noticed was the size – it’s a massive phone, almost too big to handle. The screen is also very impressive – crisp and brightly coloured. Input is similarly chic, with a pixel-accurate touchscreen that allowed for what seemed like more precise control. This was a bugbear that plagued the original iPod Touch – and I have vivid memories of frustration with touch tracking.

Read: Apple appears to be removing older apps from its App Store

Beyond these major features, the phone is easy to manoeuvre, conveniently thin (despite the size), and is capable of playing graphically demanding games (Genshin Impact, LEGO: Builder’s Journey, The Survivalists) that run smoothly, with no noticeable warming to the device. The battery life was also a noticeable strength – with normal everyday use, the phone can last around 2-3 days without charging.

After playing around in the phone’s settings to familiarise myself with any changes, I soon realised that the App Store retains knowledge of every download you’ve ever made. Out of curiosity and a sense of nostalgia, I clicked through the ‘Purchased’ user tab, and discovered mounds of apps I’d downloaded as a young child – pimple poppers, sand timers, solitaire, metronomes, the Watchmen movie app, Hangman, and more.

Spider-Man and Iron Man were both there, as was the original Final Fantasy for mobile, Pocket God, MapleStory, and the entire Sims 3 mobile collection.

They were all there, preserved in digital amber. Many of the games were no longer playable (around 70% by estimate) as a result of a decade’s worth of system updates, digital degradation and store removal – but I could still download plenty of these titles, and enjoyed a wild throwback to my distant gaming past.

Intriguingly, the entire Sims 3 collection – The Sims 3, World Adventures and Ambitions – all still run smoothly – despite being in an outdated aspect ratio, and fairly pixellated on the modern screen. You can no longer purchase these games on the App Store, but in downloading them, I’ve managed to preserve them for a little while longer.

An incoming software update might nuke their compatibility, as is often the case with older apps, but it was still lovely to see my favourite games in action on a modern device.

What was weird, however, was that some games retained their save data, more than 10 years on. Pocket God, for example, opened with my entire crew of villagers present – including Charlie, a special villager who can turn into a tiger, in reference to a 2011 Charlie Sheen rant (and subsequent meme). It was like I’d never left them at all, despite the years between us.

The crisp screen resolution of the iPhone 14 Pro Max meant every classic game was pixellated and fuzzy – Scribblenauts Remix looked particularly ugly and out of focus – but despite this, their charm remained.

Having access to my old app library was a lot like visiting a quaint and quiet graveyard. Still, it was illuminating – and a sojourn to the past helped elevate my experiences with more modern games on the iPhone.

Mobile gaming has evolved in more ways than one – and it’s developed a certain level of stigma over the last decade. Predatory microtransactions have become a common part of mobile gaming, with many games encouraging players to fork out cash to keep playing, to speed up segments, or to gain exclusive characters.

While not every game in the space attempts this predation, there are enough bad examples to spoil the bunch – with mobile gaming garnering a poor reputation as a result. But if you only think this is what mobile gaming is, you’re missing out on some of the best portable games around.

To combat issues of monetisation and the perceived low quality of mobile gaming, Apple launched the Apple Arcade subscription in 2019. This AU $7.99 a month service provides you with a range of great games from reliable developers. All-in-all, it feels like it over-delivers on the promise of a brighter future for mobile games.

On Apple Arcade, you can find plenty of well-curated titles, like the surprisingly excellent MasterChef adaptation, which takes cues from Cooking Mama (there’s also a solid Cooking Mama game on Apple Arcade). You’ll find an excellent sequel in the classic Reigns series (Reigns Beyond), the sandbox simulator The Survivalists, the gorgeous LEGO Builder’s Journey, and a range of other delightful games.

The subscription model means you can download things on a whim as you browse the Arcade catalog, and you may even stumble onto your next favourite game. Out of curiosity, I recently downloaded a puzzle game called stitch., where you manipulate spools of thread – and it’s become a lovely way to pass time. It’s an idle brain tickler that keeps me entertained while watching TV, working out at the gym, or preparing for sleep.

It wasn’t the only surprise new love I found on Apple Arcade, either. After the clunk and fuzziness of the classic 2010s era games, the crispness and beauty of LEGO: Builder’s Journey was a major and startling surprise.

Art direction in this game is vivid and sharp, as are intuitive controls. Builder’s Journey is a complex game, requiring extensive player input to guide and move small playing pieces across maps – but responsive and intuitive touch controls make the entire experience a calming, cosy breeze.

Even a game like The Survivalists, which requires direct character movement, planning and strategy, was easily manipulated on the iPhone 14 Pro Max. I won MasterChef rounds in brisk order, even with the precision and speed needed.

Apple Arcade was littered with experiences like this – joyful, colourful, active games that combine glittering modern visuals with breezy, sleek gameplay that’s easy to just pick up and jump in.

Mobile gaming waits for nobody

It feels like mobile gaming really has evolved in the blink of an eye. In the near-decade since I last had my hands on an iPhone, so much has changed – enough to make me feel old and withered, aged 27. A decade’s worth of growth has taken us from novelty apps all the way to fully-fledged adventures, complete with phenomenal graphics and impressive performance. Mobile games have grown serious.

Experiences that, in my mind, were previously relegated to higher-powered gaming devices (like Old School RuneScape, Ghost Trick, and Monster Hunter Stories) are now freely available for everyone with a phone, with not a single lapse in quality or performance. Even Genshin Impact, a frankly phenomenal-looking game, runs like a breeze on the iPhone 14 Pro Max. No compromises – just sleek sword-swinging and beautiful exploration.

Taking the phone for a spin, with my decade-old app library to look back on, was a major revelation. While the glory days of pimple-popping and Tap Tap Revenge are clearly over, they’ve been replaced by a far stronger generation of mobile games. It’s wild to see how swiftly they’ve advanced – and to realise mobile gaming will likely evolve again in the next decade, quicker than the blink of an eye.

GamesHub was loaned an iPhone 14 Pro Max for the purpose of testing its capabilities.