Airoheart is a love letter to the 16-bit era, penned from the Gold Coast

An ode to Super Nintendo RPGs, this solo project from Queensland, Australia found success with Kickstarter and an international publisher.
Tahlia Norrish 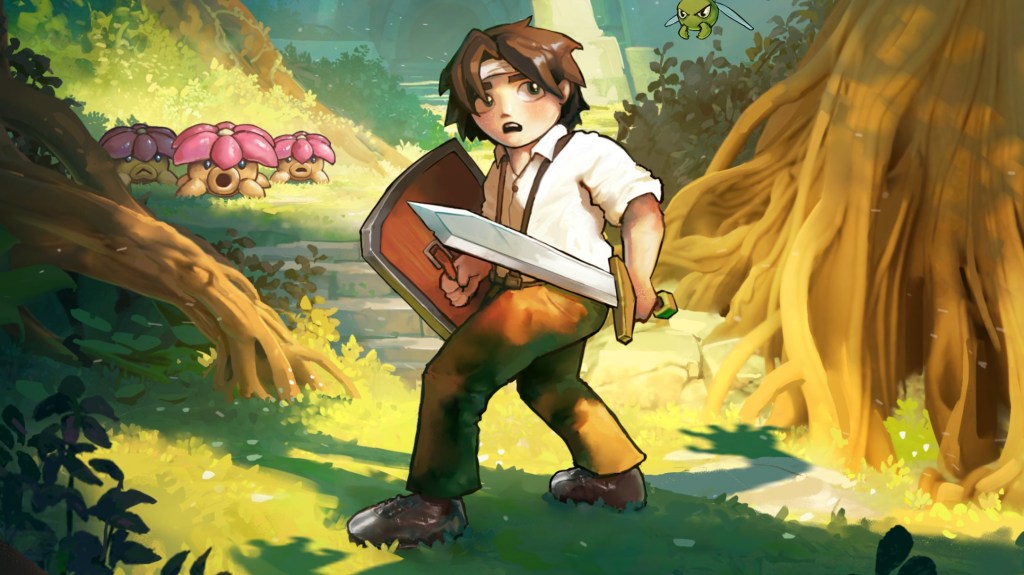 Pixel Heart Studio, an independent game development studio based on the Gold Coast in Queensland, Australia, is soon to release its first title, Airoheart, a game that looks to scratch the itch of those who relish the days of 16-bit pixel art and Super Nintendo-era music.

An ode to games of the mid-1990s, Airoheart follows its titular hero as he strives to save Engard — a continent on the cusp of war — from his brother’s sinister plans, involving an ancient evil and the decimating power of the Draoidh Stone.

Described as ‘a story of betrayal, mystery, and redemption,’ the open world brims with conquests, puzzles, and real-time combat to be enjoyed over its 20+ hours of gameplay.

Behind Pixel Heart Studio is founder and solo developer Samuel North. In his final months at university studying game development, North began crafting what would become Airoheart. Still, he quickly realised the steep learning curve real-life development would be.

‘Studying was the easy part, actually developing a full game is something else!’, he laughs. ‘There were a lot of opportunities to give up — especially when working elsewhere at the same time and having no downtime, resulting in burnouts’, North reflects.

‘Honestly, I wouldn’t have gotten to this point without a lot of self-discipline. That, and a whole lot of believing in oneself and in the work that was being accomplished.’

‘It’s hard to put into words, after working on something for three and a half years at the time, trying your best to believe in it, with so many uncertainties … Then you reveal what you’ve been working on, and a ton of people come to back you up — who believe in it too. It’s truly indescribable!’

And the story didn’t end there. In January this year, the Queenslander signed an international publishing deal with SOEDESCO. While he had to keep their discussions secret for over nine months, the experience was ‘just downright cool!’.

‘It then began to feel like a team project rather than a solo one’, North recounts.

Airoheart wears its inspirations on its sleeve — most notably Final Fantasy and The Legend of Zelda. For North, this was simply due to ‘wanting to make the kind of game I wanted to see more of’.

‘I loved the storytelling from Final Fantasy, and [I] loved the strange and unique characters you run into in The Legend of Zelda. So, I tried to combine a lengthy main story with an open world, alongside over 100 unique NPCs [non-player characters] with their own quirks and stories.’

‘The world feels like it’s a part of a big fairy tale! It’s one of the main things I personally get the most enjoyment out of from gaming: engaging characters and challenging gameplay.’

This, however, was no small feat for a solo developer, let alone one based outside of Australia’s gaming industry centre. North is acutely aware of this, but has come to see the positives of his situation too, saying, ‘A good thing for me personally — not being around the industry centre — is that I had to learn lots of different aspects of the development process myself.

Instead of just saying, “Well, this person here can help with this”, or, “They can do that”, it forced me to broaden my range of skills.’ In addition to teaching himself pixel art, this saw North studying ‘both UDK [Unreal Development Kit] and UE4 [Unreal Engine 4], learning 3D modelling, rigging, [and] VFX creation.’

It’s no surprise then that North advises emerging game devs to ‘try lots of different things’.

‘I’ve found joy in every aspect of game development, from art, level design, music, writing, and even programming,’ he says with a smile. ‘You never know what opportunities may come around the corner.’

Airoheart is set for release on September 30 and will be available on Xbox One, Xbox Series X/S, PlayStation 4, PlayStation 5, Nintendo Switch, and PC and Mac via Steam.

Read: All the major video game releases in September 2022 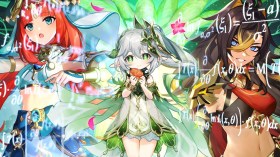 Meta and mathematicians: The world of Genshin Impact theorycrafting

A small subsection of Genshin Impact players are dedicating themselves to learn how to play the game most efficiently: with…