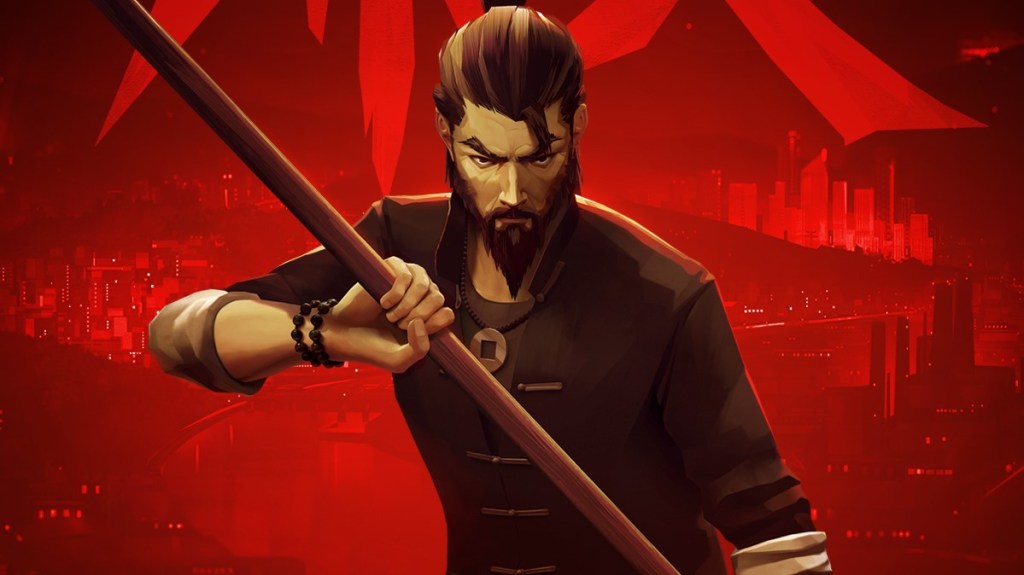 From the very first strike to the final, merciful feint, I was confident that Sifu was absolutely my kind of video game. As an action title that pushes the one-versus-many brawler genre closer to a competitive fighting game built on demanding, considered techniques, Sifu puts great emphasis on the flow of martial arts combat that feels grounded and true-to-life, despite a stylised aesthetic.

But even though Sifu felt like something that was ostensibly made ‘for me’ in regards to mechanical design, in terms of its worldbuilding, it’s a case of a game that was made ‘of me.’ Sifu’s aesthetic and narrative is created in homage to Chinese culture, Asian culture, my culture, through the lens of pop culture.

The design of this aspect, however, is sadly far from being true-to-life.

Wearing its influences on its sleeve, Sifu – a Chinese/Cantonese term commonly used to refer to teachers and other respected workers – aims to be an homage to the iconic martial arts movies of the 20th century. Telling an uncomplicated tale of a young kung fu practitioner who dedicates their life to avenging the death of their teacher, the gauntlet they face and the numerous foes they dispatch is the main drawcard.

The Shaw Brothers films of the 1970s and 80s, as well as the many works from China and Hong Kong influenced by them, are the main stylistic touchpoints, but not the only ones. Notable setpieces that recall pivotal scenes in films like the Korean Oldboy (2003) and the Japanese Lady Snowblood (1979) are also present, both distinct styles from different storytelling cultures in their own right, but present in Sifu regardless.

The approach is akin to that of an homage like Quentin Tarantino’s Kill Bill duology. Which means Sifu suffers from many of the same issues.

Sifu feels very faithful to two things. The first is its recreation of fight scenes as seen in popular martial arts movies – but not the storytelling and character work also present in those films.

The second is its depiction of Pak Mei kung fu, a form of martial arts focused on practicality, which the nameless protagonist uses consistently throughout the game. Even as you learn more techniques and incorporate different kinds of weapons into their fighting, the character’s form rarely diverges.

Divorced from the more exaggerated methods of fighting seen in martial arts films, this style of kung fu helps Sifu’s combat feel convincing and powerful when put into motion. Each individual enemy has the capacity to defeat you in just a few clean blows, so the game’s focus on well-timed avoidance and parry techniques, along with its dedication to efficient, purposeful blows makes every encounter a thrilling do or die stand-off.

Each hit looks and sounds plausible and meaty, and stringing together different techniques always looks and feels natural. With believability comes challenge and difficulty, but it’s finally overcoming high-stakes fights with determined grace that makes Sifu’s mechanical design and execution so satisfying. The game’s commitment to a practical real-world form of fighting makes your ability to maintain control of conflicts that much more fulfilling.

But when it comes to conveying the mainland Chinese setting and its characters, Sifu is far more willing to play fast and loose with its inspirations. It makes a visible effort to try and tick off as many stylistic East Asian boxes as possible, twisting details to seem more exotic, and taking great liberties with cultural iconography for the purposes of aesthetic flashiness and nothing more.

It starts with the little things. The game’s English voice actors pronounce the word ‘sifu’ in a way that’s in line with the Cantonese dialect more common in popular martial arts films, despite the game’s setting in mainland China, in a Mandarin-speaking region, as indicated by environmental audio. But the fact that the game uses the term ‘sifu’ at all, instead of ‘master’ or ‘teacher’ as an English localisation might do suggests a stronger desire to accentuate the exotic otherness of the setting.

Similarly, Sifu refers to the game’s central hideout location as the ‘Wuguan’ rather than a ‘home’ or ‘training hall’ – the only other instance of a romanised Chinese word in the game. In attempting to pair Chinese translations to every bit of text in the game – Loading, Skill Tree, XP, etc., as well as environmental text – Sifu seems to use differing Chinese character sets interchangeably. In an attempt to imbue Sifu with foreign mystique, the game sacrifices consistency and has a much looser handle on the idea of being faithful.

It happens on a more macro level too, of course. To its credit, a few of Sifu’s five different stages offer refreshing looks at contemporary mainland China not often seen in Western media – a nightclub, a contemporary museum, and a corporate office. Despite these being common video game locales, they feel like unique environments inspired by a different cultural context, thanks to minor details.

However, layered on top of your journey through those environments is a blanket of oriental mysticism that adds a fantastical layer to the game. In encountering the key antagonists of Sifu, who serve as the boss characters of each stage, the environments morph into impossible, magical worlds.

One character, a botanist, conjures a thick bamboo jungle to create a fighting arena. The aforementioned nightclub turns into a burning, ancient Chinese village as you reach the end, with the Chinese character for ‘fire’ pasted liberally on doors and walls. The boss of the art gallery stage is a Japanese woman – a characterisation decision which seems to be purely for the purposes of setting up the Lady Snowblood homage in a snow-covered garden.

The implementation and design of these transitions is impressive from a presentational perspective, but in terms of how they’re used to frame the characters, they result in a clear and uncomfortable othering of a number of Asian cultures for no intrinsic purpose other than sheer style.

The decisions and missteps in Sifu speak for themselves. However, if you were to look into the game’s development, the reasons why Sifu is the way it is becomes a little clearer.

Sifu was developed by Sloclap, the studio responsible for the formidable combat game Absolver. At the time of writing, the studio is staffed largely by Caucasian people of French descent. Ahead of Sifu’s release, much attention was given to Benjamin Colossi, a French native who travelled to China, studied Pak Mei kung fu, became a master of the form, and opened his own school in France.

The involvement of Colossi speaks to the faithful depiction of the specific style of kung fu used in Sifu. However, as noted in a behind the scenes video, Sloclap also tapped Colossi as a cultural consultant, given the time he spent in China, but seemingly in lieu of any actual native Chinese consultants, or any consultants of Asian descent.

The specifics of different cultural heritages, histories, traditions, upbringings, contexts, and an innate sensitivity to matters that pertain to them are unfortunately not all things that can be completely learned and internalised. This is true even for people from those cultures, and especially true for those outside of it.

When it comes to Sifu as a Pak Mei fighting game, it’s a resounding success. It’s an incredibly gratifying, believable experience that has set a high standard in how interactive melee combat can be portrayed and used in video games.

When it comes to Sifu as a representation of Chinese, or rather multiple Asian cultures, as it’s trying to be, it’s hollow. A superficial pastiche frivolously sewn together.

A PlayStation 5 copy of Sifu was played and provided by the publisher for the purposes of this review.