New Tales from the Borderlands review – Froyo and friendship

New Tales from the Borderlands is an intimate and surprising spin on the classic Tales formula.
Leah J. Williams 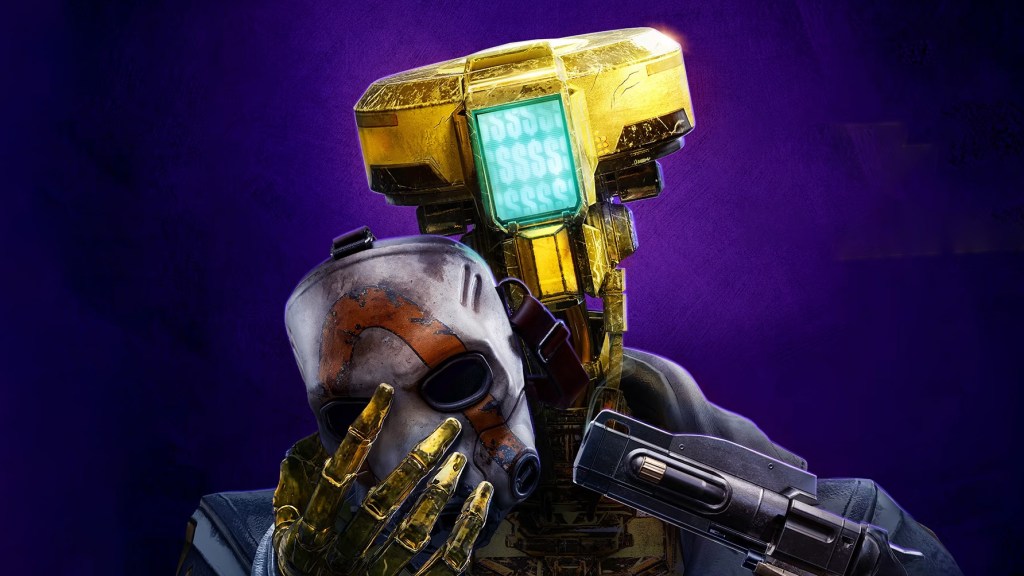 Telltale Games gave us many things in its original iteration – the excellent Wolf Among Us, the award-winning Walking Dead games, and of course, the post-apocalyptic Tales from the Borderlands spin-off. This narrative adventure was a chance to see the world of Gearbox’s first-person shooter series Borderlands in a new light; with protagonists Rhys and Fiona illuminating the everyday drudgery and fight to survive in this over-the-top world. New Tales from the Borderlands, developed in-house at Gearbox, aims to bottle the success of this Telltale hit, with a fresh cast of characters and a more intimate, but equally harrowing tale.

Where Tales from the Borderlands focussed on major action set-pieces and cliffhanger endings – as well as tension created naturally in the months between chapter releases – New Tales opts for a less intensive narrative; one that focusses solely on three major characters, and their growth across absurd and laser-infused story chapters.

Anu, Octavio, and Fran share a spotlight in this adventure, with the slower-paced narrative lending itself to measured arcs of character growth. Against a backdrop of chaos, Vaults and mystical powers, Anu, the awkward, anxiety-ridden scientist evolves from her Atlas roots to find confidence in her stride. Fran works to overcome her anger triggers, and the devastating loss of her frozen yoghurt shop. Octavio, meanwhile, is at war with his dream; to become part of the iconic Dirty Thirty list of criminals and entrepreneurs on Pandora.

Each character’s motivations drive them forward, guiding New Tales from the Borderlands and its punchy narrative beats, which chart a course from Fran’s Frozen Yoghurt all the way across the Borderlands, to terrifying gothic graveyards, deranged reality TV shows, and beyond.

It’s the friendship of our heroic trio that is spotlighted in this tale – with the growth of their relationships directly aiding how the narrative unfolds. Early battles, taking place via quick-time events, are ungainly – you’re warned when your heroes aren’t working together effectively – but eventually these warnings melt away as Anu, Fran, and Octavio come to rely on each other. This subtle change is also reflected in dialogue, with new options opening up as the connections between your heroes grow, and hardships are fought through.

This progress is marked by a ‘Skateboard Score’ set out by companion robot LOU13, an assassination droid who covers the front of the game’s key art for good reason – he’s the heart and soul of the narrative, bringing genuine good humour and sharp bites to many of the game’s tenser moments. New Tales is technically a dramatic tale, but it’s more a comedy than anything else – with each character getting room for slapstick antics and fiery comebacks, particularly LOU13.

While arguably the previous Tales protagonists Rhys and Fiona were more relatable, with their wide-eyed terror and sloppy plans, the cast of New Tales remains endearing and engaging through this adventure, thanks to a brilliant script that balances gut-busting gags with an unfolding, warmly felt tale.

Equally, the performance of the voice cast stands out – with each actor contributing to make Anu, Fran, Octavio, and LOU13 feel well-rounded and realistic, despite their uncanny circumstances.

And it’s not just our heroes that get to share in the script’s good humour – you can find clever easter eggs, winks and gags in every corner of the game’s world. In the early stages of the story, the hare-brained Octavio chooses to approach an enemy in a cardboard box, shuffling any time they turn back. This leads to a Metal Gear-style gameplay segment that is immediately destroyed as Octavio is spotted and labelled a ‘weird guy in a box’ as Metal Gear‘s ‘surprise’ sound effect plays.

In other parts of the tale, 16-bit adventure games are homaged, as are classic horror films. With a wink and a nod, New Tales acknowledges everything that’s come before, while putting its own tongue-in-cheek spin on adventure games.

As with its predecessor, New Tales from the Borderlands also operates on a choice-based system, with the narrative shifting in response to player decisions – but this system is also where the game differs from its spiritual counterpart.

While choice determines whole narrative paths in the original Tales, it feels less important in this successor. Dialogue can still be altered and shifted as you romp through each story chapter, but the consequences of these choices aren’t heavily felt. In fact, you’re rarely presented with choices that make any meaningful difference to the overall story.

An altered choice may lead down a different path – left, or right, Fran leading the pack, or Octavio – but the end result remains fairly linear, with choices only briefly diverting the game’s main narrative.

Personally, this didn’t impact my enjoyment of the game – but it does feel like a significant change from the original Tales, which spotlighted vast and diverse choices that created significantly divergent narratives. Here, choice is less weighted, with player input feeling inconsequential outside of rare quick-time combat events.

It means playing New Tales from the Borderlands feels more like watching and interacting with an episodic TV show, making smaller changes and twists along the way. With each character’s arc feeling meaty and compelling, this hardly matters, but it’s worth noting for those expecting a more personal, interactive ride.

It’s easy to assume this style of gameplay would lead to a sense of detachment from the game and its quirky cast of characters, but the clever scripting prevents this circumstance – the story puts its hooks in early, and carries you along with each twist, peppering in solid jokes and revealing character moments to spice up action along the way.

Gearbox and its talented team of writers clearly care deeply about the heroes of this adventure, with each being given room to breathe, even in the game’s more harrowing vignettes.

As a slower-paced story, it lacks the action and zaniness of its predecessor – but by opting for a quieter, more intimate tale, New Tales from the Borderlands carves out a deeply heartfelt, character-driven adventure that highlights the power and potential of friendship in a barren land.

The PC version of New Tales from the Borderlands was provided and played for the purposes of this review.