Review: Biomutant Lacks An Identity To Call Its Own 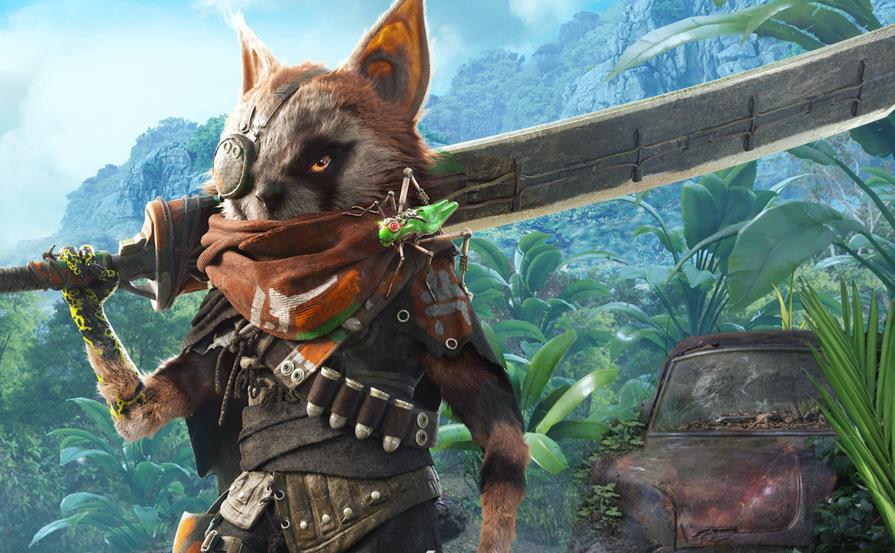 Experiment 101’s Biomutant presents as a meaningful action RPG with abundant choices that shape an environmentalist narrative, but misguided storytelling methods, lacklustre combat, and a rodent protagonist who unlocks fast-travel points by pissing on them undermines anything it achieves. Biomutant attempts to mimic so many elements from other games, it results in something that feels as if it was born during a focus group–one demanding for a superficial collection of popular videogame design trends with no care for how they fit together as an engaging experience. Ultimately, it lacks an identity to call its own.

Set in a post-apocalyptic society where radiation has caused the surviving animal populations to mutate, Biomutant places you in the role of attempting to either bring peace to the animal tribes warring over the land or embrace its destruction. In a decision taken directly from the Breath of the Wild design manual, you need to defeat the four Worldeater beasts in order to rescue the Tree-of-Life in the centre of the map.

In doing this, Biomutant adopts a familiar open-world action RPG format, which involves customising a character, exploring a large, extensive map consisting of different biomes, taking on quests, and battling bad guys. There are several small activities to change up the pace slightly, such as basic puzzles and zooming around on a post-apocalyptic jet ski, but disappointingly, Biomutant’s many well-worn gameplay elements don’t gel together in a cohesive way despite several interesting components.

There’s a strong pro-environmental message within Biomutant, positioning the fictional Toxanol Corporation as a villainous entity responsible for laying waste to the land. Through discovering abandoned mining towns and the remains of Toxanol’s rampant industrialisation, Biomutant preaches the importance of clean energy and protecting nature. While this forms a core part of why the world is in its current state, this narrative runs secondary as set dressing to the far less interesting conflicts between Biomutant’s puppet-like characters, where information and player choice is presented in a frustratingly obtuse way.

One of Biomutant’s focal points is its emphasis on player choice, which it insists on reminding you of at every turn. From the outset, an omniscient narrator comments on your every move, from the literal paths you choose to walk on, to the allegiances you choose to make with one of several tribes. He’s not shy about unleashing a barrage of tepid quips and vapid platitudes upon you at every moment–‘careful of rope burns, they burn!’

This narration is written and delivered in such a removed manner that often omits the context from the choices presented to you. An example includes siding with one of the tribes, all of whom have different beliefs on the world’s fate: Biomutant, through its verbose narrator, asks you to pick a side extremely early on, without providing you with much information on which to base what it insinuates is an extremely important decision.

Trying to converse with characters to glean additional context is futile, as the narrator-led method of communicating information is cryptic–he translates their unintelligible garble like a condescending children’s storyteller–and the dialogue options only provide the absolute minimal information. Later on, you discover that swapping between tribes is possible, which undermines the framing of this perplexing early-game choice. This is emblematic of Biomutant’s obfuscating narrative presentation; an overload of decisions to make, with rarely enough information to care about the result, let alone truly understand what you’re deciding.

This is emblematic of Biomutant’s obfuscating narrative presentation; an overload of decisions to make, with rarely enough information to care about the result, let alone truly understand what you’re deciding.

Biomutant’s action doesn’t fare much better. Its hack-and-slash combat model is imprecise, mostly due to an inexplicable lack of target lock-on which makes fighting groups of enemies a messy endeavour. There’s a levelling system, which allows you to increase your character’s attributes and unlock martial arts-inspired techniques called ‘Wung-Fu’; also available are a range of mutant abilities called ‘Psi-Powers’, which include poisoning enemies or setting surfaces ablaze. Regardless of which combat technique you favour, it all feels very lightweight because of the loose targeting and the lack of impact each attack has. Combined with Biomutant’s tepid sound design, the combat not only feels unwieldy but unsatisfying when each hit is met with a dull, quiet thud.

Even Biomutant’s attempt at incorporating a morality system is flawed. Different actions affect your Aura, a spectrum from light to dark that reflects your play style and occasional dialogue responses with each of the tribes also sitting on different points of the spectrum. However, the quests for gaining their favour undo any feeling of consequence in committing to a particular Aura alignment. One quest required me to storm a rival’s outpost, where I was instructed by an ally to avoid excessive collateral damage — a bizarre request, given the stated objectives involving igniting buildings and raining fire on the enemy encampment. It’s an incongruency that highlights the game’s issues aligning gameplay and narrative that ultimately render its commitment to making your choices matter superficial. Biomutant is a stunning game to look at, with a beautiful, expansive world that serves as a testament to the talents of small team behind it, but strong visuals don’t help its uninteresting mechanics and structure.

Biomutant’s clashing design philosophies continually reduce the player experience to one of overwhelming apathy, despite a strong, environmentally-charged message. Its cardinal sin is trying so desperately to emulate its inspirations without focusing on the minute detail of what makes each individual element fun or engaging. Whether it be pedestrian action or frustratingly detached approach to storytelling, Biomutant doesn’t do anything well enough to make you care–ultimately its most grievous disappointment.

A PlayStation 4 copy of Biomutant was provided and played for the purposes of this review.