Pokemon Puzzle League is the latest N64 game to join Nintendo Switch Online – here's what should be next.
Leah J. Williams 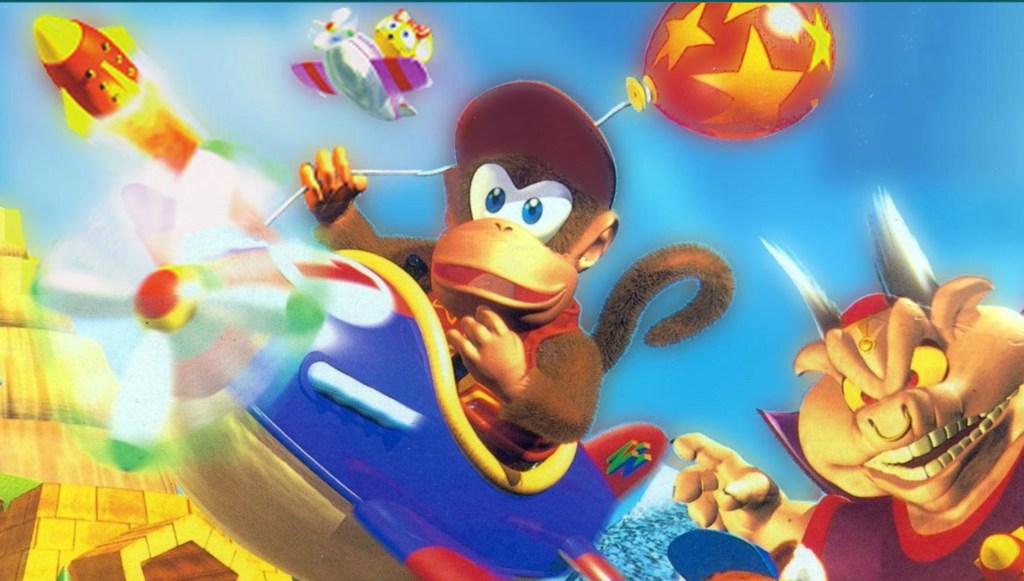 Nintendo Switch Online is slowly filling up with classic Nintendo 64 hits, including platformers like Super Mario 64 and The Legend of Zelda: Ocarina of Time, with more on the way. Nintendo has officially ‘run out’ of pre-revealed titles to announce, but it doesn’t look like the games will stop anytime soon, given Pokemon Puzzle League was recently revealed as a surprise inclusion for July.

It’s likely there are many more surprises waiting in the wings – but what Nintendo 64 games could they be? There’s a vast library to choose from, and plenty of fantastic games still waiting to get justice in the modern era. Here’s what we’d love to see on Nintendo Switch Online in the future.

Mischief Makers is a side-scrolling platformer game where you play as Marina, a robotic maid who must rescue her creator from the clutches of evil. Along the way, she travels through numerous surreal environments helping out Clancer beings, and overcoming puzzles by shaking, grabbing and throwing various items. With a 2D-3D art style and odd ‘sad face’ environments, Mischief Makers doesn’t look particularly good in modern times – but its platforming elements certainly hold up.

The game is a cult classic, and has steadily gained a fanbase in the modern era as a ‘forgotten’ Nintendo 64 platformer that few people still appreciate. Having the game included in Nintendo Switch Online could change that, and help Marina ascend to become the gaming icon she should rightfully be. This game looks and feels incredibly unique – and it should be celebrated for being so different.

Perfect Dark is a brilliant first-person shooter that riffs off the GoldenEye 007 formula to create something entirely new: a flashy, awesome thriller that introduced the world to stylish spy Joanna Dark. It revolutionised the FPS genre on the Nintendo 64, with tight, well-designed levels, an action-heavy plot, and tension around every corner. It’s well-regarded as one of the best games on the console, and deserves a new audience that will appreciate its many twists and high-speed turns. Sure, the game has been remade since it launched – but nothing beats the original.

The challenge with porting this game to Nintendo Switch Online will likely be Nintendo’s rocky relationship with developer Rare, a company now owned by Microsoft. While both companies have worked together in the past, putting Perfect Dark on the subscription platform may be stretching it a bit far. Whatever the case, there’s no doubt that Perfect Dark deserves a spot on NSO, given how it revolutionised FPS games and the ‘kid-friendly’ image of the Nintendo 64.

Another Rare game that deserves a chance to shine on Nintendo Switch Online is Diddy Kong Racing, an adventure-racing simulator with a goofy and hilarious main plot. It’s rare that racing video games also include elements of narrative adventure games, but that’s exactly what Diddy Kong Racing did, with each race track in the game hidden behind specific story beats and achievements. This gave the action a real sense of pace, and helped each new reveal feel exciting, and well-earned. That’s not to mention that each track in this title is a real delight, with prehistoric-themed races, icy mountain ranges, and even segments where you use boats or fly.

Diddy Kong Racing is an excellent game, and one that has enough classic charm to thrive in the modern era. The only complication is, once again, in Nintendo and Rare’s current relationship. This game was actually remastered for Nintendo DS in 2007, but had Rare-original characters like Conker removed in the transition, likely due to a rights disagreement. From a public standpoint, the situation seemed messy – and may be a barrier to seeing the game ported to Nintendo Switch Online.

WCW/nWO Revenge is often considered, alongside WWF No Mercy, as one of the best professional wrestling video games of all time, thanks to a stellar character roster and excellent moves. The graphics for this game still look pretty good, thanks to classic character designs and sharp textures. The controls are also still pretty nifty, thanks to a timeless grappling system that’s actually far simpler than most modern wrestling games. While titles like WWE 2K22 can be quite complex, WCW/nWO Revenge relies on simple inputs that make each move feel meaty.

As a result of age, the game also contains a number of iconic faces, from Roddy Piper to Bret Hart, The British Bulldog, Chris Jericho, Eddie Guerrero, Rey Misterio Jr., Scott Hall, Kevin Nash and Sting. Also Hulk Hogan is there, I guess. While the names and likenesses included may make this game’s inclusion in Nintendo Switch Online a real outside possibility, there are plenty of fond memories associated with this grappling game, and a real sense of nostalgia that would certainly be fulfilled by its inclusion.

Yes, that’s right – another Rare game. Conker’s Bad Fur Day came so close to being another generic platformer starring a cutesy animal until developers at Rare decided the market was flooded, and they wanted to make an anti-mascot. Thus, Conker was born – the rude, demanding, unlikeable protagonist of the highly violent and extremely off-kilter adventure, Conker’s Bad Fur Day. This adventure is filled with crass jokes and over-the-top antics that feel wildly inappropriate in the current era, and it’s likely for this reason that the classic Nintendo 64 game will miss being included on Nintendo Switch Online (coupled with the aforementioned Microsoft ownership) – but it’s still important to consider the game’s legacy.

Before Conker, platforming games were pretty same-ish. But when Bad Fur Day launched, it changed a lot about how people think about games, and who they’re for. It also buoyed the more ‘mature’ years of the Nintendo 64, which offered a range of games for older players. With sharp, biting humour and plenty of toilet jokes, Conker’s wound up being well-regarded as an important piece of video game history – and that should be celebrated.

Pokemon Stadium was one of the first major, successful spin-offs for the Pokemon franchise, and helped introduce players to the strategy battle genre. This title essentially took the main battling mechanics of the original Pokemon games and injected them with a real sense of awe. No longer were players limited to simple sprites on a 2D screen – the Pokemon battles of Stadium are big and over the top, and rendered in fully-3D graphics. In an era where this was uncommon, it felt like a huge revelation for fans. As a result, the game is fondly remembered – with many calling for it to launch on Nintendo Switch Online in future.

Sure, the battles will surely feel a bit less epic in the modern era, and the range of Pokemon available for battling will likely be a disappointment, but for those with strong memories of Pokemon Stadium, a trip down memory lane will certainly be worthwhile. As much as this game has aged, it represents an experimental and wonderful experience designed at the height of Pokemon fever. Its sequel would also be a worthwhile entry, but starting with the original gem is best.

Nintendo had no idea of knowing what it would unleash when it birthed crossover title Super Smash Bros. into the world. It couldn’t have imagined the major tournaments that would spring up around it, or the decades-long love that the series would spawn. It certainly couldn’t fathom the idea of professional Super Smash Bros. players – yet here we are, 20 years later, still talking about Smash. The first game in the series is a fascinating relic because of this – it’s a purer game not as bogged down by complex mechanics introduced later in the series. In Super Smash Bros. you simply get down to business, and get button mashing.

That’s certainly what most of us did as kids – and arguably, it’s one of the better ways to play this game. Don’t worry about winning or losing, just get in there and have a blast. The game is simpler than modern titles like Super Smash Bros. Ultimate, and has a much smaller roster, but its blocky aesthetic is the only thing that really feels ‘old’ about it. Game controls are still wicked sharp, and combat holds up extremely well. It would be wonderful to jump back into this classic fighter via Nintendo Switch Online.