Grow: Song of the Evertree forgoes purpose for freedom

Grow: Song of the Evertree is an exploration and building game where freedom is more important than structure, and it risks feeling aimless as a result.
Leah J. Williams 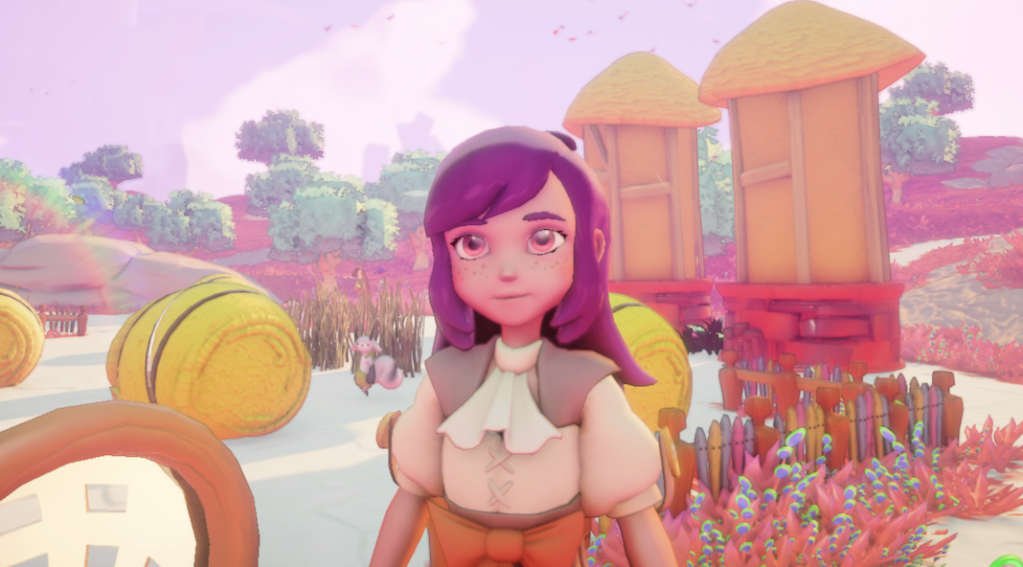 Grow: Song of the Evertree is a game about the quieter moments between big adventures, and the smaller heroes who often go unrecognised for their bravery and courage. While others run off to join wars or go over seas to escape danger, your Song of the Evertree hero is a stubborn alchemist who refuses to leave the land of Alaria, even as a deadly blight spreads and cuts off access to the world’s mainland.

By farming, fishing, bug catching, and crafting new worlds, it’s your job to push back the darkness and create homes for your villagers. Part-RPG, part-life simulator and part-imagination sandbox, Song of the Evertree is a game all about freedom — and one where structure and purpose takes a back seat to low-stress enjoyment.

Without any strict sense of urgency or a need to follow a set path, it allows players to let their troubles go, and relax in a whimsical, pastel world.

Structure takes a backseat to creativity

To kick off your adventures in Song of the Evertree, you’re given a series of tasks to get the ball rolling. They include watering plants on your hub world, exploring a cutesy world filled with ‘Everkin’ creatures, and unlocking activities like fishing and bug-catching.

There’s nothing too remarkable about your first hour in the game, with many of the tasks being gopher-like chores — but once you break out of this introductory structure, you’ll find more choices and activities in the overworld.

While Grow: Song of the Evertree borrows a lot of features from your standard life simulator — your Animal Crossings and Sims games — it also incorporates RPG and exploration mechanics. It’s not just about tending to your town and building a thriving community as the evil Withering vanishes, it’s also about striking out as an adventurer and uncovering new lands.

Eventually, you’ll be able to combine ingredients with your alchemical skills to grow and tend your own unique worlds.

There’s a structure to the adventure via set goals, but the game also allows you to wander off the beaten path and pursue your own avenues. After all, Alaria is gorgeous and filled with nature, and there’s plenty you can see beyond the rigid list of daily chores and building tasks.

If you’d prefer to spend your days fishing and farming, you can do that. There’s an ambience to the experience that makes the process calming, and there’s plenty of tranquil seas and underground caverns you can waste time in. Want to spend your time with villagers, helping to kickstart the local florist business or build a thriving community garden? Go ahead.

You don’t need to do anything in the game’s world, and you can take things slowly, if you like.

That said, the game’s freedom can be a double-edged sword.

Do games need purpose to be enjoyable?

Grow: Song of the Evertree is a loose game. Following a strict introductory sequence, the action is largely self-guided. And while players can spend time wandering gorgeous landscapes, fishing in pastel bays and befriending new creatures, the lack of structure can also make the game feel surprisingly aimless.

With no real expectation for completing goals on time, and nobody really waiting on your chores to be complete, you can forgo the main gameplay entirely, and spend hours sitting by a river, dangling your feet.

Once you ‘grow’ your first world, there are more worlds beyond them to grow — and then more worlds after that, driven by your own sense of adventure and curiosity. There’s always something to do, and there’s never an end in sight.

As a result, tending to your worlds can become repetitive, and ‘purpose’ often feels dangled in front of you, like an appealing carrot.

You build your worlds and forge ahead, and then there’s yet more tasks ahead of you. It doesn’t help that many of the game’s main activities and tools function similarly — weed whacking and watering plants are done with the same slow, repetitive movements and button clicks.

On a quiet afternoon, it’s the perfect brain massager; a game that’ll let you switch off, see some pretty trees and relax. But I wanted more from Song of the Evertree and its world. I wanted a purpose, and a reason for being. But the game’s slim story structure and goals meant it wasn’t to be.

There are puzzles to complete, and goals to tick off, but at the end of the day, the aimlessness feels too big to ignore. It’s a very enjoyable game, a well-made and whimsical adventure, but I found repetition setting in after a few hours, and a glaring lack of reasons to keep playing to any nominated ‘end point’.

Taken as a simulator, it’s a good little gem, with plenty of activities, boundless items to collect, and a progressively unlocking world that gives you more to do with every task. But the looseness of the game often works to its detriment as it sends players on endless loops where the rewards for completion feel slim.

Purpose and enjoyment should hold hands. Games should balance both elements — and you should never have to wonder exactly why you’re playing a game. While Grow: Song of the Evertree does a lot of things right, it does feel like a lack of purpose holds back the real enjoyment and fun of the game.