Peppa Pig’s new video game is being treated as the butt of jokes. But it’s exactly the kind of game kids should be able to have.
Edmond Tran 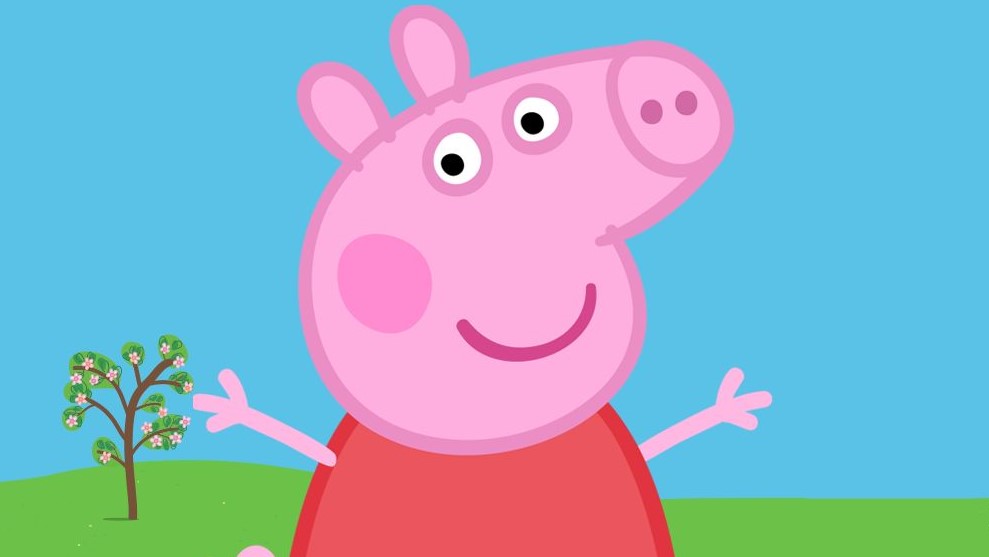 Peppa Pig’s new video game is available on actual video game platforms, where ‘real’ video games are played. You can get it on PlayStation, Xbox, the Nintendo Switch, and Steam, which, according to the terms of use, you’re not allowed to use unless you’re over 13 – the age when you awaken into a true gamer, obviously.

My Friend Peppa Pig is certainly not a game designed for anyone over the age of about say, seven. At most. So its broad release has received an unsurprising amount of attention from the older gaming community.

The game is currently getting reverse-review bombed, which means folks are flocking to its Steam product page, its Google page, Metacritic – anywhere they can leave a user review – and showering it with false, hyperbolic praise, making all sorts of outlandish statements about what the game offers.

‘Best mixture of drama and violence a video game has ever provided!’ reads one review. ‘A sprawling open world filled with hours of content and rich in lore,’ reads another. ‘The graphical style is truly phenomenal, unlike any game I’ve ever seen before with the greatest attention paid to the smallest of details.’ You get the idea.

It’s funny because it’s not true. My Friend Peppa Pig is a simple game for very small children. It uses one button and an analog stick. There’s not much to really do except talk to characters and participate in rudimentary activities. You can finish it in just over an hour – though by Peppa Pig episode length standards, that’s like binging a full season.

That might not sound very exciting, but I honestly don’t think it’s supposed to be. Peppa’s video game outing has quite a different pace compared to other high-octane games geared at young kids – this is basically a walking simulator for children. And as someone with a pre-school aged child and a severe case of Peppa Pig Stockholm syndrome? I think My Friend Peppa Pig is a great game just the way it is.

I used to hate Peppa Pig. She was most definitely not my friend.

It was the squeaky, whiny voice that I found annoying. Or more specifically, the fact that I had encountered multiple small children in my life who had developed an accent that mimicked Peppa’s pitch, accent, and inflections almost exactly. It was bizarre. I resented her cultural imperialist attack on our younger generations.

When I eventually ended up having a child of my own, there were great efforts, at least on my part, to keep them away from Peppa Pig for that one exact (and admittedly dumb) reason. This was a Bluey household. A Hey Duggee household. A Sesame Street (1970-1990) household.

But the thing is, there’s only so much you can shield your children from anything. They go to pre-school, they play with other kids at the park, and sooner or later they’ll hear about something you’ve been trying to hide from them. It’ll get lodged in their brain, and you won’t hear the end of it.

It could be “Let It Go”. It could be chocolate. It could be Peppa Pig. Whatever it ends up being, it’s a brutal defeat to an unreasonable stickler of a parent like me.

So Peppa Pig got thrown into the screentime rotation in our household, and look, now I’m into it. I’m not going to waste my time trying to convert you, since I realise it’s already a tough ask to have anyone read a 2000-word article on My Friend Peppa Pig, and you’re probably living a free and easy life with zero responsibilities, feeling like you’re at the peak of your livelihood.

But trust me when I say Peppa Pig has its moments. Spend just a minute watching this harsh encounter with Peppa and her friend, Suzie Sheep (they have a whole falling out at some point, it’s a mess.)

Peppa herself is still an annoying, naughty kid most parents would dread. But the show often serves as a good look into the emotional and social frustrations she and her friends experience, and explores ways to deal with it. Other times it’s about a huge talking potato, but I’m sure he’s teaching something too.

Despite covering video games professionally for over a decade and games being an integral part of my childhood development for better or worse, my preschool-aged child had yet to spend more than an hour with video games until recently. It’s because I’m curating a pathway for them to be a scientist to solve the climate problem, of course.

They’re typically only allowed one hour of screen time a day, unless we get desperate. Which is a lot more often than we’d like. We have two little kids. It’s chaotic.

But during the latest round of COVID-induced lockdowns, I discovered that there is a finite amount of running around outside and arts and craft you can do in a month before they get bored of it all. So I crumpled, and decided to try and introduce them to some video games.

I started with Super Mario Galaxy, remembering it had a great co-op functionality. The introductory cutscene was too scary. I tried co-op Untitled Goose Game. They were entertained, but the game was way too complex to be a first game, and they got frustrated.

The most success we had was playing Keita Takahashi’s Wattam together (it’s great!), but it was not the greatest game to get my 4-year-old acclimatised to an adult-sized gamepad.

Peppa Pig Is A Game For Connoisseur Children

My Friend Peppa Pig has some rough edges, though I’m sure the studio did the absolute best job they could under the conditions they were given. There are a few issues with animation and scene transitions. It has oddly long load times on the Nintendo Switch. Dialogue isn’t skippable and it’s easy to get stuck in conversation and activity loops if you’ve got a pre-schooler controlling things.

But in the same way that I personally love playing Yakuza or Grand Theft Auto to wander around true-to-life recreations of Japanese and American cities, My Friend Peppa Pig is incredibly novel because it lets you be an active, virtual tourist in a world that its players have likely spent hundreds of hours getting to know from afar.

The look and feel? Perfect. The way the environments are stitched together? Quite good. And the structure and design? Fantastic. This is what I want every game for small children to be.

For my child, it was a wonder to visit Peppa’s bedroom, be able to dig through Peppa’s crap, and have their custom animal avatar sleep in Peppa’s brother’s bunk when the day is done. (Where does George sleep during the events of the game? The game never addresses this glaring plot hole, but my child reckons he gets regulated to the toy box.)

For me, I got a kick out of moving through this ridiculous world where everything is seemingly on the top of a steep hill and characters walk and drive vertically up them. You can explore Peppa’s pre-school. Ride around on pushbikes. Jump up and down in muddy puddles at will. Visit Peppa’s grandparents and help them shovel compost through their garden bed. Ride a hot air balloon. Go to a Mr. Potato-themed theme park. It’s great.

My Friend Peppa Pig also ended up being the perfect game to get my preschooler accustomed to a controller.

The game is laid out on a 2D plane, meaning any variations on the Y-axis of the analog stick wouldn’t sending them into a corner like the 3D games we had tried. In the same vein, the single action button was a godsend – they never lost their place on the controller, and were able to get more comfortable with their grip. The actions you do in the game, although boring to you and me, are elaborate enough to make them feel like they were shooting pure magic out of their thumbs. It’s simple, but to a little kid, the cause and effect is super satisfying.

Best of all, My Friend Peppa Pig gave us the freedom to just mess around and do whatever we wanted in Peppa’s world without any kind of strict agenda or objectives.

The game is split into days, and each day gives you access to different setpieces, with a variety of activities to do. You can also just wander around and explore, if you want. You can participate in some of the more involved activities and chat to the characters that are there. You can just stand around doing nothing until Peppa gets tired and her parents come to pick you both up, for all the game cares – though Peppa will complain a lot, to the point where my child would exclaim ‘Peppa’s so annoying!’ during each and every session.

A ‘Peppa Pig walking simulator’ sounds boring on paper, but I would have loved to have this kind of video game adaptation of some of my favourite childhood TV shows as a kid. Something where I could just walk around and explore without the pressure of having to do anything.

Playing games based on The Simpsons in the early 90s, I got a kick out of seeing places like the school and the Kwik-E-Mart during certain stages but it would’ve been better if I could just wander around those halls and aisles, admiring the minute details instead of avoiding space mutants.

Compared to the typical brand of flashy, attention-demanding children’s games based on big properties, My Friend Peppa Pig is a godsend. It lets you just exist in and move through an offbeat fictional world and be delighted by it, engaging with it on your own terms. My child has played through it twice. It’s refreshing, it’s relaxing, and in all seriousness, it’s a pretty great introduction to the magical, escapist potential of video games.