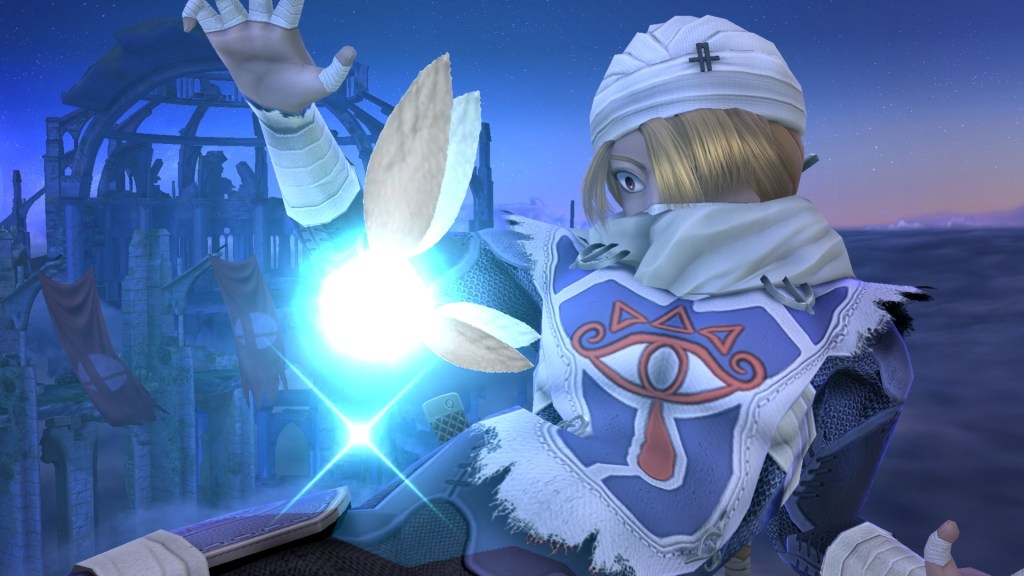 A fresh investigation by DidYouKnowGaming has revealed more about a Legend of Zelda spin-off game set to star a Sheikah warrior on a grand adventure. While the existence of the game was previously known, thanks to years of rumours and concept artwork leaks, the team at DidYouKnowGaming has been able to uncover more about the work of Retro Studios, and why the game was ultimately cancelled.

In a new video, the team explains that the ‘Sheik’ project was fairly unusual, and would have played around with weirder ideas in the Zelda universe. Freshly-revealed concept art for the project shows off new Axolotl-like creatures, odd automaton beings, and a more mature vibe.

The game was described as featuring ‘Sheik’ as a starring character, but DidYouKnowGaming posits that internal documents referring to the game actually featured typos – and that the ‘Sheikah’ were instead set to star. This race of warriors are humanoid in form, but have shadowy magical abilities.

They would likely have been the focus of the story, which reportedly followed the ‘dark’ timeline laid out in Ocarina of Time, and explored the events leading up to the creation of the Master Sword. The main Sheikah warrior would have transformed into the sword on his grand quest.

But according to Paul Tozour, a former Retro programmer who spoke to DidYouKnowGaming, the game wasn’t ambitious or well-thought-out enough to see the light.

‘I see people, you know, commenting on that concept art on the internet … and being like, “Oh my god, Retro was working on a Zelda game, that would have been so awesome.” Like, I understand that feeling, but what they have to understand is it was not actually a Zelda game,’ Tozour said. ‘It was an experiment gone wrong that happened to be set in the Zelda universe.’

The game was reportedly in the works for the Nintendo Wii, and would have seen Sheik wandering an overworld, battling against wolves. According to Tozour, these battles played out more like a ‘badly undercooked’ version of Whack-A-Mole, with the Wiimote standing in for a weapon.

‘There were four or five wolves, maybe six, and they just be in their idle state waiting to pounce at you, then they’d jump one-by-one and you’d go whack. So that’s literally all it was, just detecting when the player swung the Wii Remote.’

According to DidYouKnowGaming, the title was known as ‘Project X’ during development – as revealed in the Nintendo ‘Gigaleak’ of 2020 – and was in pre-production until the end of February 2006.

The reasons for the game’s cancellation, according to Tozour, is that the simplicity of gameplay held back the action. Retro leadership allegedly expressed concerns about the game, and it may have been cancelled at the studio even before Nintendo saw its prototypes.

The game was officially laid to rest in 2008, leaving only concept art and vague ideas about a sweeping, mythology-filled story behind. The DidYouKnowGaming video explaining the game’s journey is well worth a watch, and presents a unique look at a Zelda spin-off that could have been.