Xbox is going deep into the Upside Down with its latest custom Xbox giveaway.
Leah J. Williams 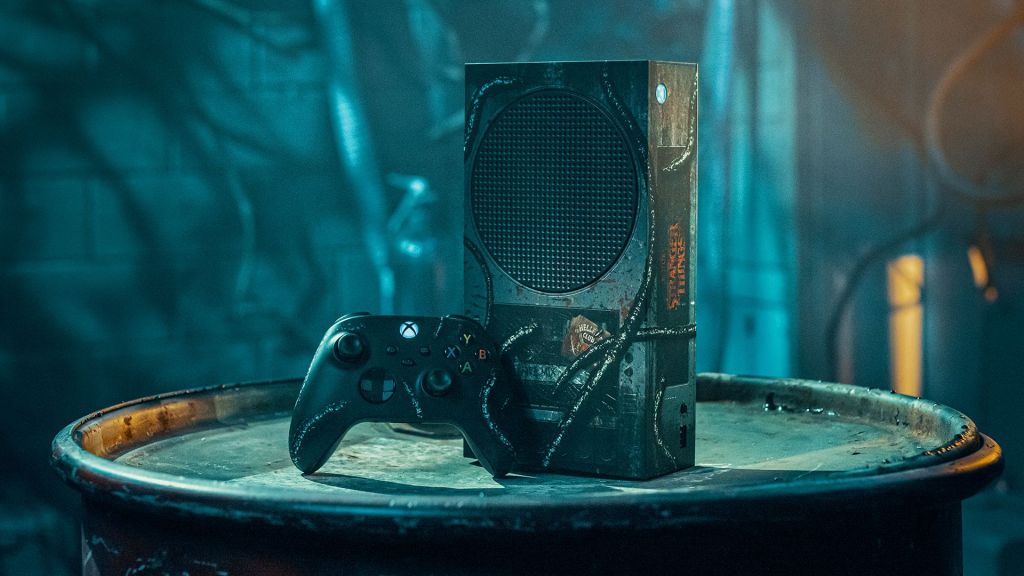 The latest season of spooky thriller show Stranger Things recently launched on Netflix, and to celebrate, Xbox has unveiled creepy custom Xbox Series S consoles and matching controllers, complete with slimy vines and a retro music player aesthetic. The consoles are limited edition – but you can actually win one.

They’re being given away on the Xbox Twitter channel over the next few weeks, so you’ll need to be quick and pay attention to news about giveaway drops. If you’re really keen for this design, you may want to set up alerts for the Xbox account – or just keep a close eye on social media.

The giveaway is available for everyone around the globe, so there’ll likely be immense competition, but given just how horrific the console looks, it’ll certainly be worth the stress.

According to the blog post announcing the fresh design, every unique console will be contained within an imitation biohazard container, for those extra Stranger Things vibes.

You can find out more about the console and how to win one here.

Read: 8 trippy games to play after Doctor Strange in the Multiverse of Madness

The design of the console evokes that retro 1980s aesthetic that Stranger Things loves so much, but there are also important Season 4 clues hiding on the console. The most obvious reference here is that the console is in the shape and style of Max’s beloved cassette player, which plays a key role in the action of the season.

There’s also a ‘Hellfire Club’ sticker over the console’s main body – the Hellfire Club being the embattled Dungeons & Dragons club that Dustin, Will, Mike and Eddie are part of.

Of course, the slimy tentacles also reference the tendrils of the Upside Down, which wind up breaching the surface world countless times across the Stranger Things mythos.

All in all, it’s a very good-looking console, and one that’ll certainly appeal to fans of the horror-fantasy franchise. It may be extremely elusive, but there’s no harm in throwing your hat in the ring for the competition.

Keep an eye on those Xbox socials for more news.