WWE 2K22 has a stacked roster of familiar faces, including those no longer with the company.
Leah J. Williams 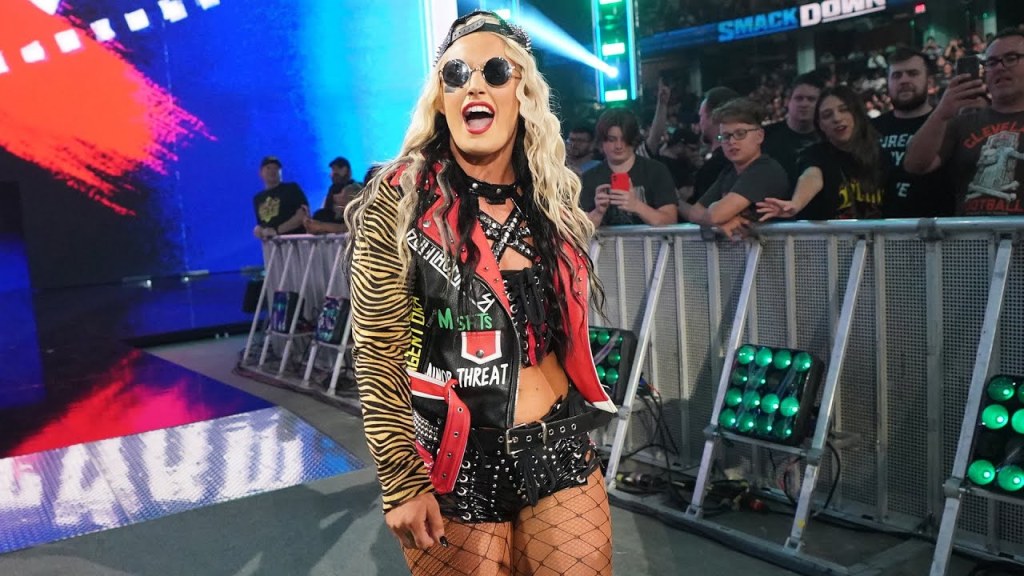 It’s been a strange few years for WWE, a company that’s had to pivot more than most during the coronavirus pandemic. From crowd-free shows to low-key pay-per-views and major budget cuts leading to nearly 80 wrestlers being released in 2021, the WWE of 2022 is a much different beast than it’s been in the past. This has had a major impact on the roster of video game WWE 2K22.

Forbes reported in late 2021 that despite major roster cuts in real life, the wrestling roster of WWE 2K22 would still be fairly hearty, and include many of the wrestlers who’d left the company in 2021. This ‘real life’ roster lag has impacted the franchise for a good long while, with the most obvious example being the inclusion of fired wrestler CM Punk in WWE 2K14.

This reportedly led to a tiff between Punk and WWE over royalties owed for the use of his likeness, and caused a stir that led to major caution in future WWE 2K releases.

Despite this, and similar inclusions in later franchise entries, WWE 2K22 was likely too far along to make changes based on newly released roster members.

According to Forbes, recently released wrestlers are cut from WWE 2K games based on three factors: contract terms, relationship and roster deadlines. That means if the person was under contract while the game was announced, and they were submitted to WWE and 2K Games for approval, it was likely they’d end up in the game.

The only ‘deciding factor’ in their removal would be if there was ‘an extremely broken relationship’, Forbes said. Barring a major breakdown in communication, or a specific reason why a roster member would be removed, plans would move forward as normal.

More than 30 released wrestlers are included in WWE 2K22, despite many now working for rival promotions. Mickie James, Billy Kay, Peyton Royce and others are now in Impact. Braun Strowman and Karrion Kross have started a new promotion, called Control Your Narrative (CYN).

Buddy Murphy, Kyle O’Reilly and Keith Lee have all gone to AEW, with more expected to follow later in the year (Jeff Hardy and Isaiah ‘Swerve’ Scott amongst them).

This means that WWE 2K22 is quite a strange mix of wrestlers: some that remain loyal to the company, and many that were released during the tumultuous pandemic years. It goes to show how quickly the WWE roster changes in modern times, and just how little time wrestlers get in the sun.

While it’s great to see the contributions of these wrestlers recognised and memorialised in WWE 2K22, it’s also a shame to realise how many great superstars have been let go in the last two years.