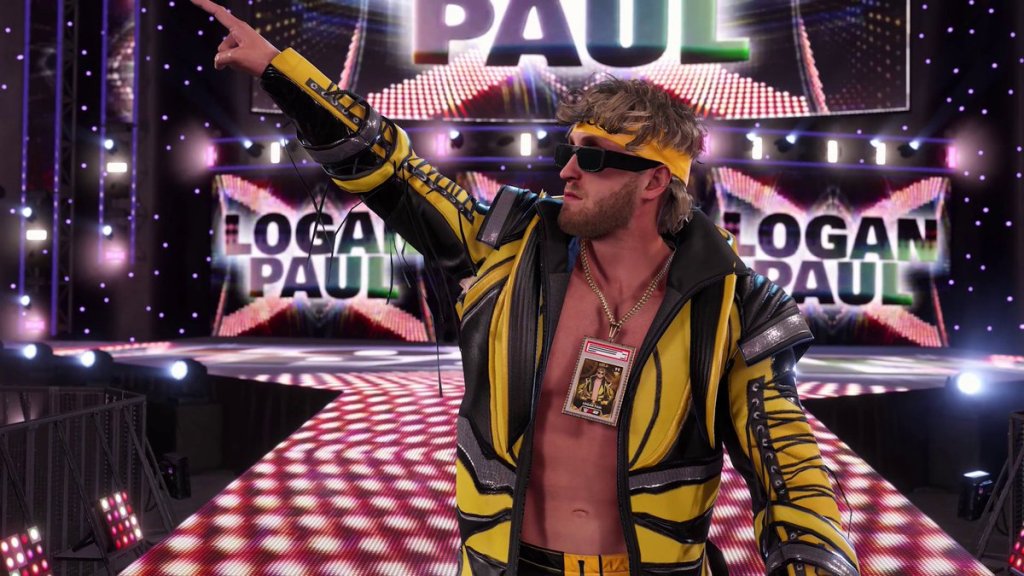 The latest WWE 2K22 DLC pack is introducing fans to two celebrity wrestlers: musician Machine Gun Kelly, and content creator Logan Paul. Of the two, Paul is the least surprising – he’s featured in multiple WWE angles lately, and even had a standout, show-stealing match at Wrestlemania 38. As he’s currently involved in a feud with The Miz, and has a signed contract. He’s also technically considered an active wrestler for the company, which more than justifies his spot.

As for Machine Gun Kelly, his inclusion is a bit more obtuse. The musician, who’s been in the headlines lately for his evolving relationship with star Megan Fox, actually curated the soundtrack for WWE 2K22, and has previously appeared on WWE Raw. While he did get powerbombed through a table during this appearance, it technically counts as having real-world wrestling experience.

In addition to these stars, the ‘Whole Dam Pack’ DLC also introduces fan-favourite wrestler, Rob Van Dom – who rarely gets his dues in WWE, despite pioneering hardcore wrestling in the early 2000s – and newcomers LA Knight (known as Max Dupri on Smackdown), Xia Li, Sarray (a late addition), and Commander Azeez.

A new trailer for the pack has shown off each of these wrestlers in action:

As with other character models in the game, the attention to detail is fantastic. While it is a bit strange to see Machine Gun Kelly man-handling the towering Commander Azeez, this is wrestling. It’s always bound to be fun, and a little bit silly.

Of the included wrestlers, Rob Van Dam gets the best showing, with a picture-perfect outfit, and a great face model. Logan Paul’s model also looks pretty good – it certainly gets the curly blond hair right, and his entrance gear is a great replica of his Wrestlemania 38 look. Understandably, the Pokemon card around his neck has been swapped out for an image of Paul himself, but that’s a minor caveat.

Overall, the pack is a great mix of iconic and rising stars, even if Machine Gun Kelly does stick out a bit.

WWE 2K22: The Whole Dam Pack is the final DLC announced for the game, and will likely mark the end of new wrestlers joining the action. The pack is out now, and will cost AU $14.95 for those who haven’t purchased the WWE 2K22 season pass.