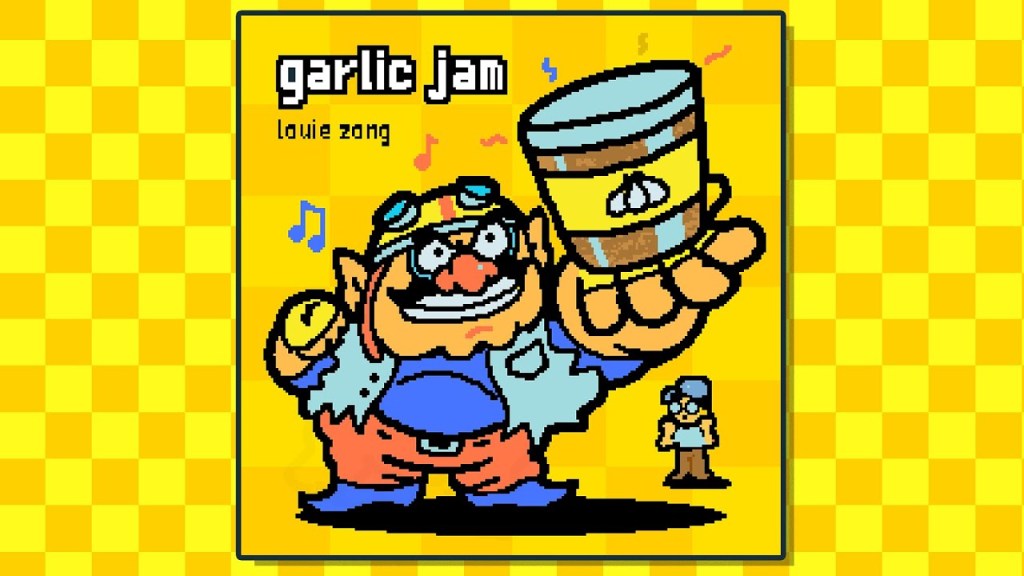 Garlic Jam by Louie Zong isn’t like the other albums you’ll hear this year. While it retains the toe-tapping beats and pleasant chiptunes of the latest techno hits, it’s rocking a key difference under all that funk: it was created entirely in WarioWare D.I.Y., a mini-game suite launched for Nintendo DS in 2009. Using the title’s in-game recording tools, Zong has created a 10 song masterpiece that includes smash hits like ‘cats & dogs’ and the sweetly-named ‘love is wow’.

Far from being a simple replication of the soundbites included in the game, Zong has used his skills with the WarioWare D.I.Y. music maker to make a multi-layered soundtrack that takes listeners from smooth city beats to whimsical explorations of love, monkeys, and night-time crickets.

Take ‘Bassball’ – this jazzy, sax-inspired tune has a low bass backing that brings to mind platforming adventures like Sonic the Hedgehog and Crash Bandicoot. ‘Love is Wow’ is an adorable, Animal Crossing-style tune that speaks to the whimsy of the heart.

Then, there’s ‘Crickettes’, which has a gorgeous, Ben E. King-esque tune hiding behind cutesy cricket noises and twinkling charm. ‘Monkey Metal’ is just as impactful with its boss fight beats and spooky intro.

It seems Zong has pushed WarioWare D.I.Y. to its limits, utilising every tool available in the game’s electronic synth to squeeze out some phenomenal, catchy ditties. It’s not exactly what the game was intended for – it’s much, much better.

The entire album is available to purchase for USD $1 – and it’s well worth it just for ‘Crickettes’ alone.

The entire album truly is a jam, and an excellent achievement in sound design. Worse sounds have been made on far better hardware than a forgotten Nintendo DS game from 2009 – and some of those have even made it to radio.

In a perfect world, Garlic Jam would be rocking alongside all those inferior beats.

You can listen to the entirety of Garlic Jam by Louie Zong on Bandcamp, or keep the beats flowing on Spotify. You can also follow Louie Zong on Twitter to see what whacky antics he gets up to next.