Video game movies are on the rise once again, thanks to a slate of recent successes.
Leah J. Williams 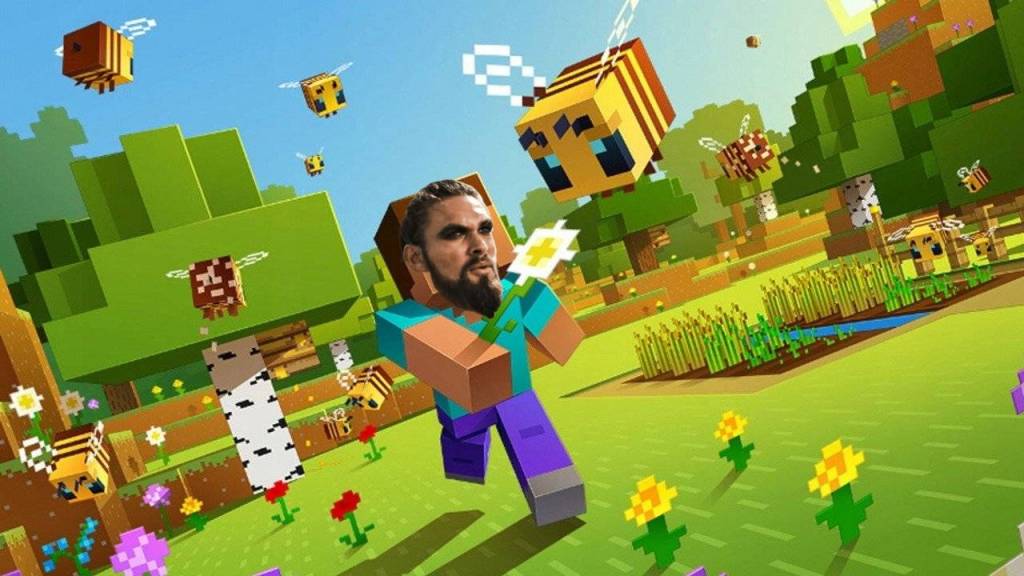 The success of the Sonic the Hedgehog film franchise has seemingly excited the elite of Hollywood, with a renewed sense of excitement for video game movies now dredging several projects from development hell. One of these is an adaptation of open world sandbox game Minecraft, which is reportedly courting Aquaman and Game of Thrones actor Jason Momoa.

The film has been in development for nearly a decade, and has changed directors several times. At one point, Shawn Levy (Free Guy) was in the chair, and Rob McElhenny (of It’s Always Sunny in Philadelphia fame) was also attached. In all the years it’s been in the works, we haven’t heard all that much about it – but with The Hollywood Reporter detailing Momoa’s involvement, it does look like we’re getting closer to the film’s fruition.

That said, we still don’t know anything about it, who Momoa will play, or what storyline it’s set to follow. Minecraft is a game that definitively lacks story, and instead invites players into a large world where they can build whatever they like, all while avoiding deadly creatures and making their own fun.

Minecraft did receive a dedicated narrative adaptation from Telltale Games, called Story Mode, which explores the tribulations of an everyman named Jesse who ultimately becomes a hero. But it’s unknown if this story will play a role in the big screen film adaptation of Minecraft.

Should the project go ahead, it will join a stellar list of video game movie projects currently in the works via Hollywood producers and streaming giants like Netflix.

Another video game movie that has reportedly gotten the go ahead recently is Streets of Rage. According to Deadline, an adaptation of the classic Sega beat ’em up is now in the works, with celebrated John Wick writer Derek Kolstad behind the script. It’s being produced by Paramount, which has likely been emboldened by the box office success of Sonic the Hedgehog and its sequel.

With Sonic and other fun video game movies like Mortal Kombat and Detective Pikachu reinvigorating a genre that has previously fared quite poorly, it appears we may be in for a golden age of game to film adaptations. While there’s sure to be some duds in the mix – recent successes have been diluted by lemons like Assassin’s Creed and Tomb Raider – the slapstick antics of Sonic have proven definitively that video game movies can be done right.

Sometimes, a reverence for the source material and some heartfelt jokes are enough to inject video game movies with a sense of fun.

While this growing trend could be another flash in the pan, the progression of the Minecraft and Streets of Rage adaptations may indicate a solid future for the burgeoning video game movie genre. Who knows? We might even get some more Sonic the Hedgehog-level hits in the years to come.