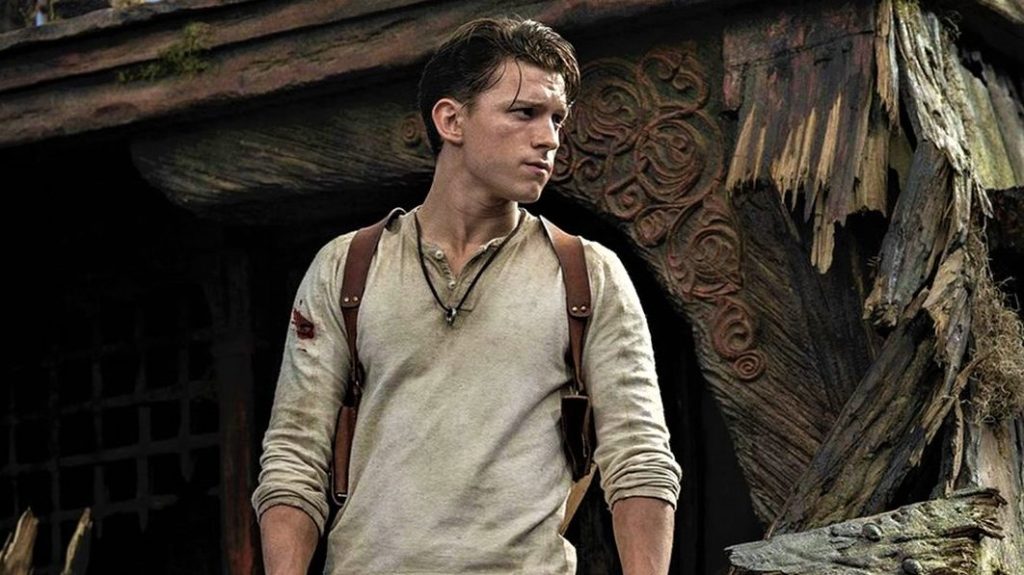 Update 9:34 a.m. AEDT 22/10: The official trailer for Uncharted has now been released by Sony, following a leak on Thursday morning.

You can watch the entire thing in crispy HD here:

Until now, we’ve only seen a few press shots and heard tidbits about Sony’s upcoming Uncharted movie adaptation — but a newly leaked trailer has given us our best look yet at what’s in store.

Following rumours the trailer would be dropping ‘sometime this week’, camera footage of said trailer allegedly leaked via a ‘movie theatre owner‘. It’s blurry and overexposed, but it does give a relatively clear view of the film’s tone.

The footage in question is in the process of being taken down by Sony (which recently suffered a similar leak with Spider-Man: No Way Home) but you can still catch it if you’re quick.

It depicts Tom Holland’s Nathan Drake falling from a cargo plane and attempting to leap from box to box as he tries desperately to stay afloat. Between smash cuts of Mark Wahlberg’s Sully and Drake wearing a very snazzy suit, the trailer appears to depict Drake’s ‘final end’ as a shiny red Mercedes knocks him clean off the plane and into a long drop.

Fans of the Uncharted game series will likely recognise the set piece.

It appears to take direct inspiration from Uncharted 3: Drake’s Deception, which featured a similarly frantic climb across crates as a flaming cargo plane goes down.

You can check that out here and see the similarities for yourself:

It’s clear the movie will be taking a lot of inspiration from the games and while Holland wasn’t the casting choice most players were expecting, this early footage is promising. The tongue-in-cheek tone fits Uncharted‘s penchant for quick-witted banter, and even the formal scenes are fairly reminiscent of Uncharted 4‘s ballroom fight.

We won’t get a clearer picture of what the Uncharted movie looks like until official footage is released, but given it’s set to release in February 2022 we likely won’t have to wait long for a more legitimate way to catch the trailer. It’s early days, but there’s still hope it will escape the curse that deems all video game films will be bad.

Uncharted is set to release in Australian cinemas on February 17, 2022. Stay tuned for more news about the film as we head closer to release.