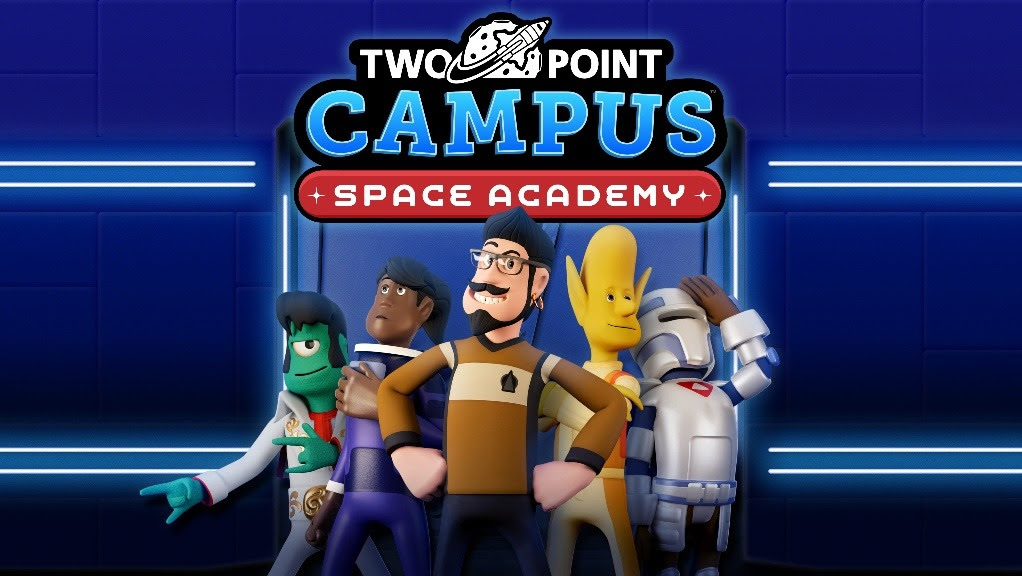 Two Point Campus is set to get its first major DLC in December, with Space Academy set to introduce new academies to conquer, and new courses for keen students. This chapter appears to be directly inspired by Star Trek, with lessons based around commanding a theoretical space ship, defying gravity, and taking part in space combat.

The new pack will also introduce a special ‘out-of-county’ campus located on a cheesy asteroid in space. Here, students of all kinds (including alien citizens) will gain fresh knowledge about space and its surrounds, and potentially discover what goes into making the franchise’s iconic Cheesy Gubbins.

The Space Academy pack will include three new campus locations, six new student types, six new courses and classrooms, and a bunch of space-themed decorations. All will aid you in your goal to ‘rebuild Two Point County’s defunct space program to bring it back to its former glory’.

The Command Room will help teach your students how to hone their phase skills, Battle Space will teach phaser-slinging and energy baton control, and other classes will help to uncover the dense mysteries of the universe. When you’re not learning more about the far-distant galaxy, you’ll also be able to host a range of new sci-fi-themed parties – including conventions, or a concert for the ‘cosmic king’ of Rock’n’Roll.

You can check out the flashy new trailer for the pack below:

The Nintendo Switch version of the DLC pack will go live on 12 December 2022.