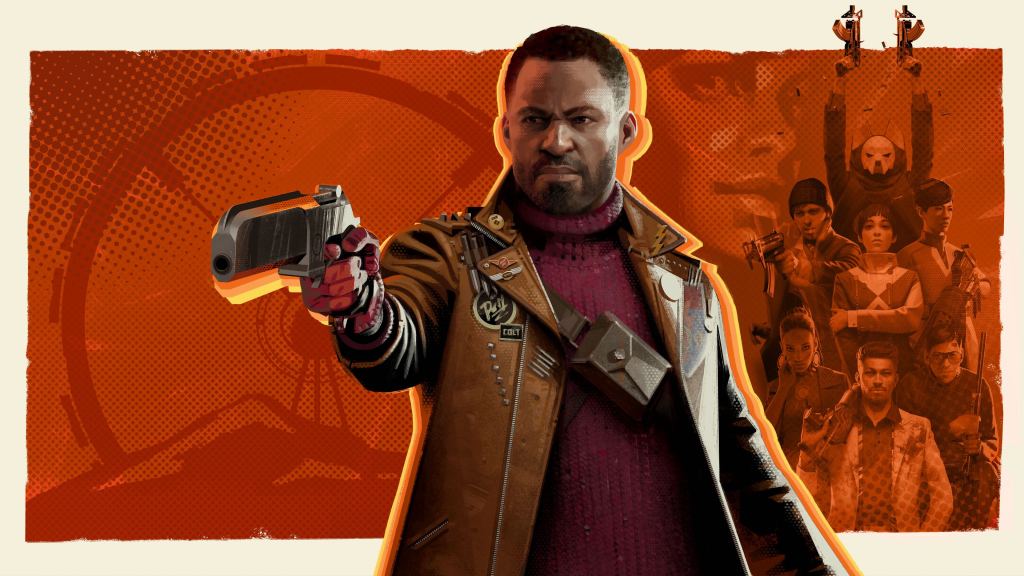 Xbox put in a major appearance at the Tokyo Game Show 2022, holding a showcase for the latest games to hit Xbox Game Pass, alongside various gameplay reveals for titles like Wo Long: Fallen Dynasty, Deathloop, Persona 5 Royal, and Naraka: Bladepoint. While there was no juicy surprises at the show, there was still some worthy tidbits along the way.

Here’s everything announced during the Tokyo Game Show Xbox 2022 stream.

A brand new support hero for Overwatch 2 was revealed: Kiriko

During the Xbox livestream, a brand new hero for Overwatch 2 was revealed – Kiriko, a kitsune hero with support abilities. They carry a healing talisman, and a deadly kunai.

Kiriko will join the game on 4 October 2022, when Overwatch becomes Overwatch 2.

Palworld got a brand new trailer

During the Tokyo Game Show Xbox 2022 livestream, it was revealed that upcoming open world survival game Palworld will be coming to Xbox in future. In this multiplayer (or solo) game, you’ll collect Pokemon-like creatures, and use them for battle, crafting, or other activities.

The latest trailer showed off meaty new gameplay, exploration through a massive wilderness, and plenty of Pals wielding guns and fighting back against enemy creatures.

Palworld is currently undated, but is expected to launch in 2023.

Exoprimal got its debut story trailer during the Tokyo Game Show Xbox 2022 livestream. This detailed how the game’s mysterious, dinosaur-filled worlds came to be – and why players will need to use all their skills to force these beasts back into dimension rifts, in teams of five.

‘Sudden dinosaur outbreaks have engulfed the globe, and the only thing between them and humanity’s extinction is you! Wield cutting-edge, customisable Exosuit technology in a 5-vs-5 team-based action game as your squad fights through unrelenting swarms of ravenous dinosaurs and other players in a variety of dynamic PvE and PvP missions assigned by the mysterious, all-powerful AI “Leviathan”.’

Exoprimal launches for Xbox consoles in 2023.

Naraka: Bladepoint is expanding with a new hero, map, and campaign chapter

Battle royale game Naraka: Bladepoint got a major showing during the Xbox livestream, with several new updates shared. In future, the game will receive a brand new hero, and a new map – Holoroth. It was also announced that the first chapter of the PvE campaign mode was live.

The second chapter of the campaign mode is planned to launch in October, and another new map, Yushan Ruins, will be unveiled shortly.

The game is already available on Xbox Series X/S and Windows PC via Xbox Game Pass, and will launch for Xbox One on 22 December 2022.

Wo Long: Fallen Dynasty got a deep dive trailer

Upcoming action-RPG Wo Long: Fallen Dynasty, from the talented folks at Team Ninja, got a major deep dive during the Tokyo Game Show Xbox 2022 livestream, with developers Fumijiko Yasuda and Masaaki Yamagiwa discussing all the action.

The game looks frankly stunning, and we can’t wait to learn more. It arrives on Xbox Series X/S, Xbox One and Windows PC, as well as Xbox Game Pass, in early 2023.

A celebratory trailer for Forza Horizon aired during the Tokyo Game Show Xbox 2022, with Playground Games cheering on the 10th anniversary of the beloved racing series. While not much was announced in the way of news, it was a great look at how far the franchise has come.

Playground Games will be sharing more details about the anniversary celebrations for the series in October.

New games are coming to Xbox Game Pass, including Deathloop

During the Tokyo Game Show Xbox 2022 livestream, it was revealed that a number of fresh games are coming to Xbox Game Pass in future.

As of today, you’ll be able to download the following adventures:

During the showcase, it was also confirmed that Deathloop will be available on Xbox Game Pass from 20 September 2022. This was a timed console exclusive for PlayStation 5, and is now coming to Xbox consoles for the first time.

As it turns out, there’s no shortage of great games coming to the Xbox Game Pass – with plenty on the way in September 2022 and beyond.

You can catch up with every trailer and announcement from the Tokyo Game Show Xbox 2022 livestream via YouTube.