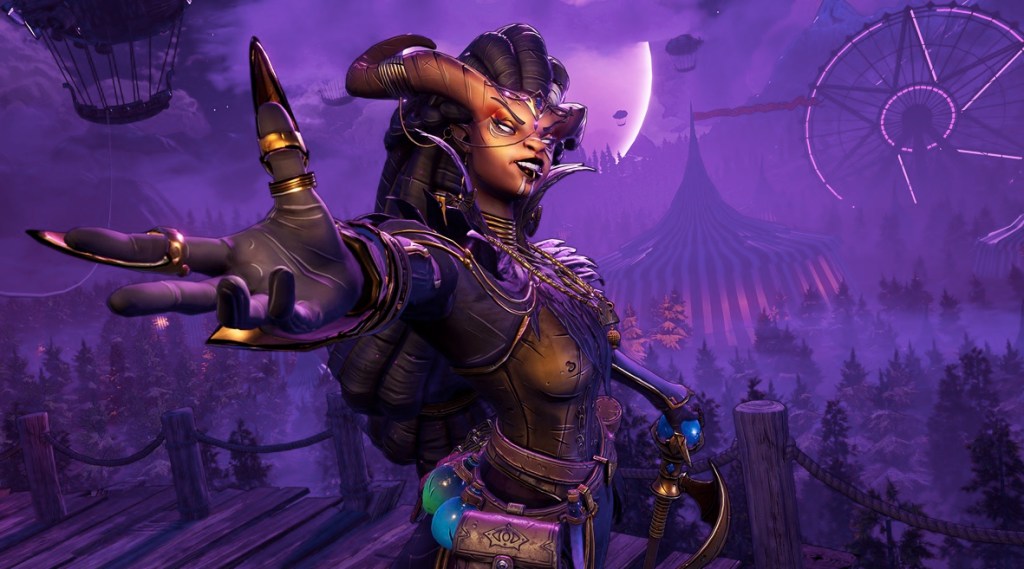 Season pass content for Tiny Tina’s Wonderlands has been announced – and it includes a range of goodies, including a shiny spotlight for beloved diamond unicorn Butt Stallion, a number of vast DLC levels, and a secretive seventh character class.

The headliner here is the four Dreamveil Overlook content packs. These level-based chapters will feature whole new explorable lands, each occupied by a fearsome boss encounter. You’ll dive into this content via the Mirrors of Mystery, magical relics protected by fortune teller Vesper.

Each boss will have a mounting difficulty setting, so you can jump into levels and experience meaty challenges along your path. Upon victory, you’ll be rewarded with Lost Souls tokens which can be used to spin the Wheel of Fate, an object that may give you Legendary gear or other items.

As in past Borderlands games, the four content packs will likely be endgame content, only recommended to be played after the game’s main story is complete. Alongside these packs, you’ll also be able to jump in with the game’s Chaos Chamber endgame mode – although you won’t need the season pass to access this.

Read: Tiny Tina’s Wonderlands will have a hearty endgame mode

In addition to the main content in the season pass, players will also gain access to a mystery seventh character class when the final DLC chapter is released. While 2K Games has confirmed this class will have fresh action skills, a new feat, and a unique skill tree, it has not outlined what this class actually is. Let’s call it a tantalising mystery for now.

Rounding out the season pass lineup is the Butt Stallion Pack, a collection of cosmetic items that includes Diamond Guard Armour Presets, the Crystal Glitter Makeup Pack, the Adamant Throne Banner Set, and the Diamond Hero Statue Material. If you want to look your shiny, glittering best, you’ll want to take this pack with you on your journey.

As an added bonus, 2K Games has announced anyone who purchases Tiny Tina’s Wonderlands on the Epic Game Store will gain access to a Butt Stallion-themed Diamond Pony Glider for Fortnite, which lets you drop into the game on a magnificent steed.

Tiny Tina’s Wonderlands launches on 25 March 2022 for PlayStation 4, PlayStation 5, Xbox One, Xbox Series X/S, and PC via the Epic Game Store. Season Pass content is currently undated, but will be rolled out some time post-launch.