The Witcher gets surprise mobile game starring Roach the horse

Roach Race is a new free-to-play mobile game all about Roach running off on adventures.
Leah J. Williams 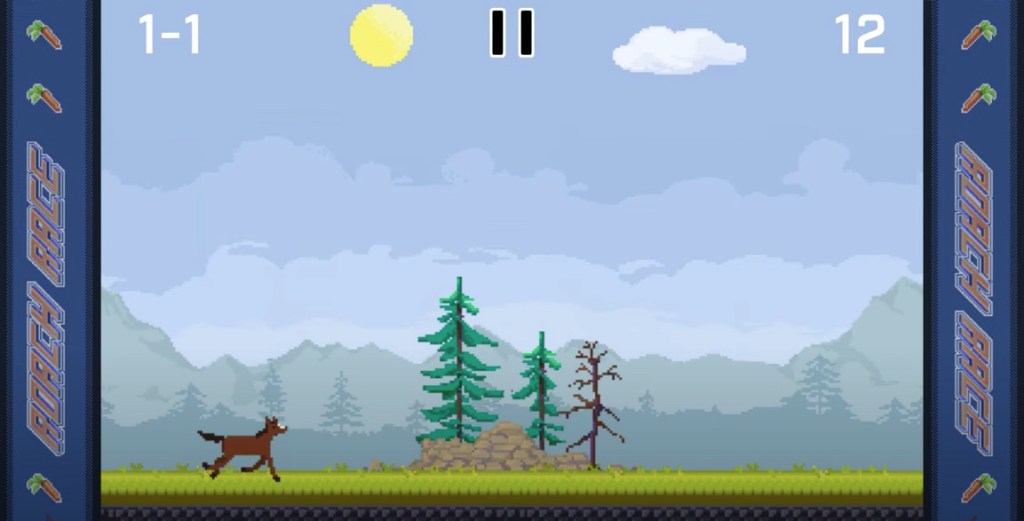 CD Projekt Red has unveiled a surprise Witcher spin-off game during the latest Cyberpunk 2077 Night City Wire news showcase. Roach Race, a mini-game starring Geralt’s loyal horse Roach, is now available on multiple platforms – including iOS, Android, and within Cyberpunk 2077 itself. If you own Cyberpunk and download Update 1.6, you can now head down to arcade machines in Northside, Japantown and The Glen apartments to jump into rounds of the game.

‘Climb the leaderboard to earn special prizes including cash and items!’ the game’s official patch notes read. ‘If you’re enjoying Roach Race in Cyberpunk 2077, check out the mobile version for Android and iOS. Remember that your high scores in the in-game and mobile versions are separate, though.’

In Roach Race, you play as Roach as he gallops through an endless runner-style world. To win, you need to jump over obstacles like holes, collect carrots and apples to perform tricks, and attempt to avoid the Griffin enemies that float past you on screen.

As you advance in the game, you’ll eventually graduate from grassy fields to castle regions and swamps filled with other beasts.

It’s an extremely simple game, but very cute – perfect for those that love a bite-sized challenge.

If you lose your race, Geralt himself appears to comfort Roach. So technically the iconic Witcher is now a minor character in Cyberpunk 2077. Given The Witcher makes reference to Cyberpunk 2077 in a brief dialogue snippet, the release of Roach Race feels like a nice ‘full circle’ moment. It’s not quite a major crossover, but it’s a lovely nod all the same.

You can jump into Roach Race in Cyberpunk 2077 now, or download the game as a mobile app on Android or iOS. You’ll need to stay sharp to get those higher scores, but the game is a good little distraction even if you crash along the way.