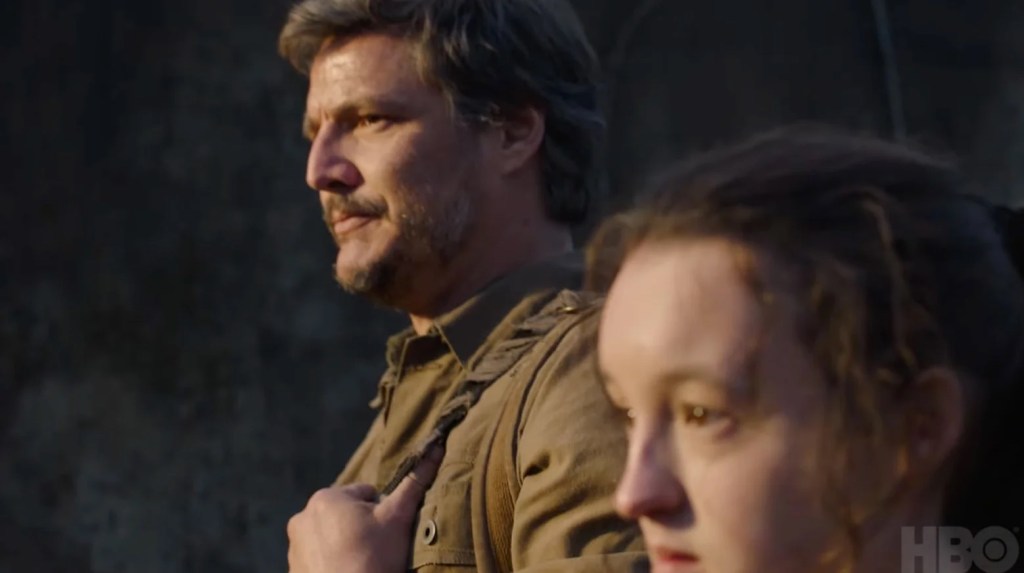 The first official teaser trailer for HBO’s The Last of Us TV show has been released online – bringing fresh looks at protagonists Ellie and Joel, as well as the zombie-like Clickers that’ll stand in the way of their quest for freedom. The upcoming series releases in 2023 via HBO, and looks to be a faithful retelling of the iconic video game story.

While we’ve already seen glimpses at the adaptation, courtesy of an early 2022 teaser reel from HBO, this is our first meaty look at the story. The action largely plays out in vignettes, but many of these will be familiar to fans of the video game franchise.

In a brief scene, workers are seen painting over a Firefly mural. A shadowy, mysterious shot of an overgrown city perfectly replicates a tense, exploratory scene from the first game. The Clickers also make an appearance in this trailer, and the noises they make are just as horrifying as in the source material.

There’s a brief scene between Bella Ramsey’s Ellie and actress Storm Reid as Riley, Ellie’s childhood best friend, and also her first kiss. It’s likely the TV show will travel further into their backstory, which was depicted in the optional Left Behind DLC of the game.

In addition to looks at Joel and Ellie travelling through the Clicker-infested wilderness, the trailer also reveals first looks at Nick Offerman’s Bill, Gabriel Luna as Tommy, and Anna Torv as Tess.

You can check out the brand new trailer below:

There’s plenty to get excited about here, for fans of a good post-apocalyptic story and fans of the original video game franchise.

The Last of Us will air in 2023, via HBO and HBO Max. Those in Australia will be able to watch the show weekly on Binge.