Two landmark games, Tetris Effect and Rez Infinite, are set to get major technical upgrades for their release on PS5 and PS VR2.
Edmond Tran 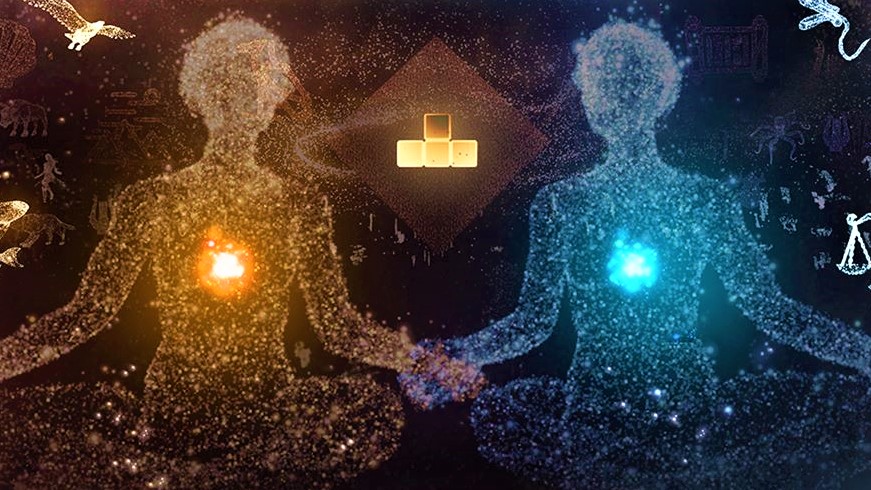 Two of the most transcendent games of the last ten years are coming to PlayStation 5, as part of the PlayStation VR2 lineup: Tetris Effect: Connected and Rez Infinite. Developer Enhance, led by legendary Sega designer Tetsuya Mizuguchi (Space Channel 5, Lumines, Meteos, Sega Rally) announced that the games would be getting top-of-the-line audiovisual upgrades, as well as unique eye-tracking features for VR. The upgrades will be playable with or without PSVR2.

Rez Infinite is the enhanced version of the Mizuguchi-designed 3D shooting that synchronises your movements and actions to the game’s soundscape, soundtrack, and visual effects in a Tron-like dreamscape.

The update of Rez Infinite will also make use of the enhanced haptic feedback of both the PS5’s DualSense controller, as well as the in-built haptics of the PS VR 2 headset. Physical feedback has always been a major part of Mizuguchi’s games, in an effort to try and foster the experience of Synesthesia, so its implementation will be very interesting to witness.

Tetris Effect: Connected is the multiplayer-enabled edition of Enhance’s reimagined puzzle-action game – and also one of the best versions of Tetris made to date.

Originally envisioned as a VR game for the original PS VR, Tetris Effect: Connected will be getting similar visual upgrades to Rez Infinite: a resolution of 2000 x 2040 per eye, 120fps motion, and enhanced haptic feedback.

It’ll also be getting its own eye-tracking features. You’ll be able to enable the game’s Zone mechanic – which freezes time and lets you create as many lines as possible, compounding the score – by shutting and then opening your eyes.

For those who already own the PlayStation 4 versions of Rez Infinite and Tetris Effect: Connected, the PS5 upgrades will cost US $9.99, or your regional equivalent, on the PlayStation Store.

The outright cost for the PlayStation 5 versions have not been announced, but we can assume they will be around US $49.99, ten dollars more than the PS4 versions.

Both games will support save game transfers from the PS4 version to the PS5 version.

The PS5 versions of Tetris Effect: Connected and Rez Infinite will be available when the PS VR2 headset launches on 22 February 2023.