New Tales from the Borderlands game rated in Korea

The unexpected sequel is coming from Gearbox and 2K Games, and will launch in 2022.
Leah J. Williams 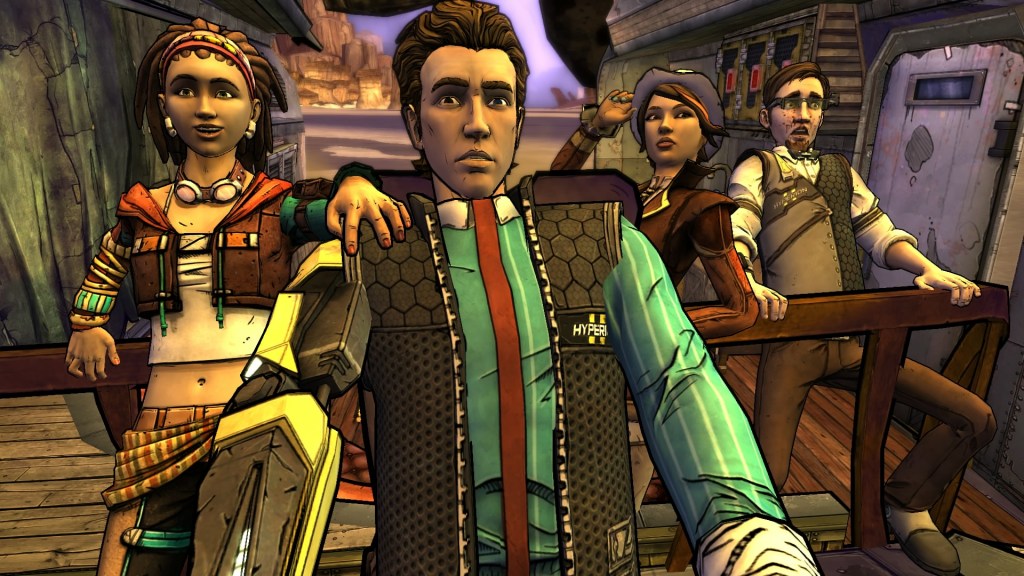 Beloved Telltale Games adventure Tales from the Borderlands is getting a major sequel in 2022 – and it looks like we’re heading towards a grand reveal. The game was announced by the Gearbox Twitter account in April 2022, which confirmed the news with a teaser image depicting a giant vault entrance, and three shadowy figures silhouetted against a moon. Now, a Korean rating for the game has been revealed – indicating fresh details will soon be on the way.

The listings, spotted by Gematsu are for ‘Standard‘ and ‘Deluxe’ versions of the game, and appear to indicate a ‘youth not allowed’ rating due to excessive violence, blood, vulgarity, swear words, and drug use.

So far, this information is the closest we’ve come to learning more about the game since the initial teaser raised more questions than it answered.

None of the three characters on the fresh game poster appear to be familiar – and this would align with the new tagline for the project: ‘New adventure, new characters, new tales.’ While nothing has been revealed just yet, this would imply that previous Tales protagonists Fiona, Rhys, Vaughn and Sasha won’t be the main characters in this adventure.

That’s despite the original Tales from the Borderlands ending on a major cliffhanger.

Rhys did end up appearing in Borderlands 3 in a minor role as the head of the Atlas Corporation – but nothing is explained about his jaunt in Tales from the Borderlands and the events between the two games. For now, it appears they’ll remain a mystery as the Tales story moves on to a brand new cast of characters.

While Tales from the Borderlands launched way back in 2014, it maintains a dedicated fanbase, thanks to its brilliant cast of characters and narrative-style gameplay that allowed a deeper exploration of the world of Borderlands beyond the looter-shooter gameplay of the ‘mainline’ titles.

Part of this success was also to do with the Telltale Games formula, which provided players with a chance to pick their own adventure path and make a mark on the Borderlands world. Given Telltale is not involved this time around – the revamped team is currently busy with The Wolf Among Us 2 – it’s likely there’ll be some tweaks to gameplay, but it’s unknown how different this sequel will be.

Regardless, it’s great to see the Gearbox team returning to the world of Tales from the Borderlands. With a whole new cast of characters and a new development team, it’ll certainly be a different experience this time around – but a fresh perspective is always welcome.

The mystery Tales from the Borderlands sequel is set to launch sometime in 2022, with more news expected to land in Winter (Southern Hemisphere).

This article has been updated with new details since its original publication.