Submerged: Hidden Depths is an Australian-made exploration game from Uppercut Games, a studio made up of former Bioshock developers.
Edmond Tran 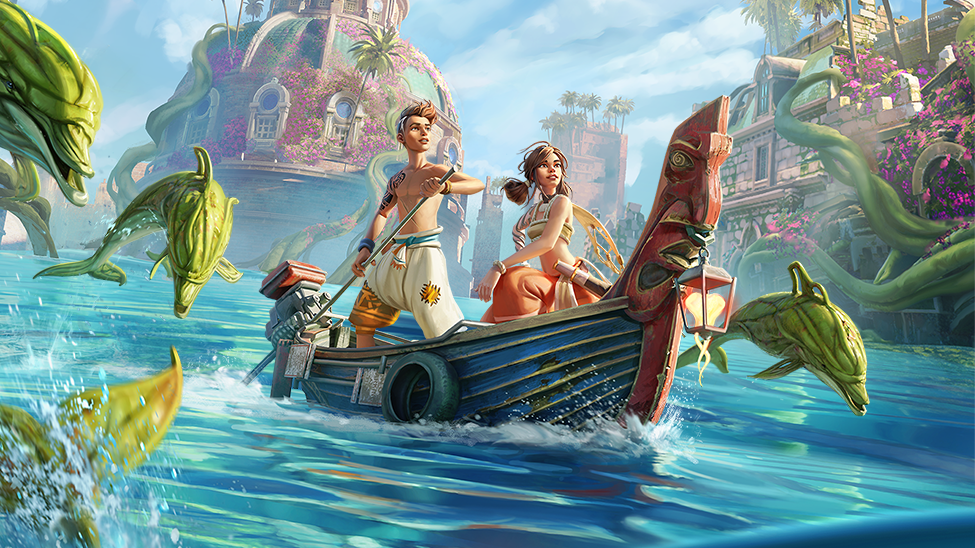 Submerged is a 2015 title developed by Canberra’s Uppercut Games, a studio made up of a good number of former 2K Australia developers. It’s unique in that it’s a passive, post-apocalyptic game focussed on exploration and free from conflict. After releasing the excellent City of Brass, Uppercut released a sequel to Submerged in 2020 called Submerged: Hidden Depths.

Unfortunately, Hidden Depths was released as an exclusive game for Google Stadia, the tech giant’s ambitious cloud-based game streaming platform, which has since been deprioritised. This also meant that Submerged couldn’t be played in the developer’s native country, given Stadia’s limited global rollout.

All that’s set to change on 10 March 2022, when Submerged: Hidden Depths releases on a number of platforms: PC, PlayStation 4, PlayStation 5, Xbox One, and Xbox Series S/X.

The sequel continues the design philosophy of the original Submerged by focussing the game on exploration and environmental storytelling, and continuing to be conflict-free. Uppercut promises a ‘a perfect balance of tension and relaxation’ when it comes to the pace of uncovering the game’s mysteries.

In a provided statement, co-founder Ed Orman said that Uppercut Games had ‘grown and learnt so much since creating Submerged, and then again when we started Submerged: Hidden Depths, so it’s great to be able to show the difference that learning has made to the game.’

It’s just one of many promising-looking Australian games set to release in 2022.