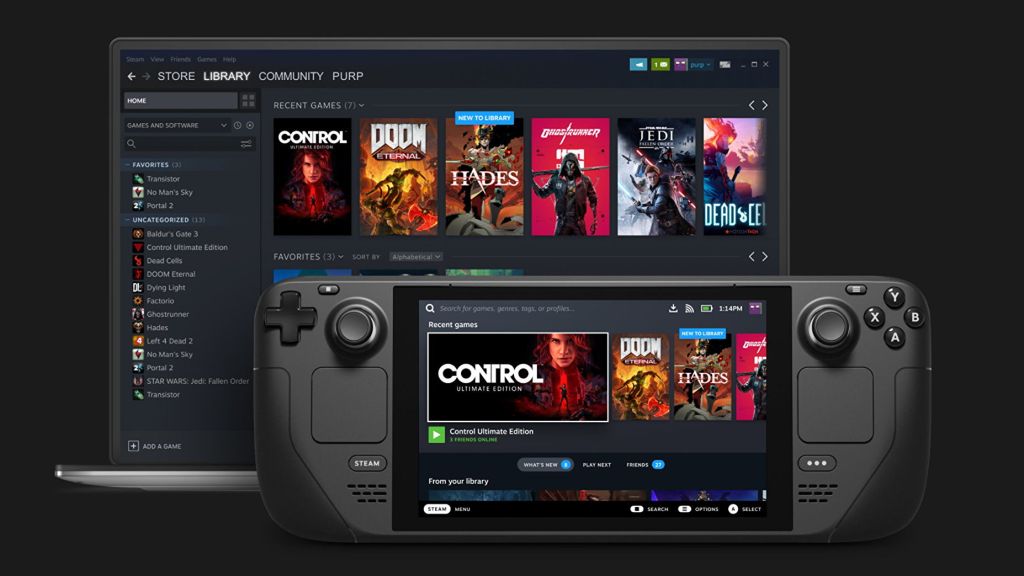 The illusive Steam Deck is reportedly set for a massive boom in March, with Lawrence Yang, UX Designer at Valve, claiming production will be in the ‘tens of thousands’ by the first month of launch, and in the ‘hundreds of thousands’ by the second month, April 2022. It should come as great news for those who preordered the Deck in 2021, and even greater news for those still waiting to order the device.

Yang’s comments, shared with IGN, indicate that devices could hit totals of 100,000 or more within the Q1 2022 period, likely allowing Valve to fulfil all existing orders. While the device was initially delayed by coronavirus-induced warehousing challenges, Yang believes many of these have been overcome, paving the way for a boom.

‘We had to delay for supply chain reasons. Those continue to be issues, but we are surmounting them,’ he told IGN. ‘We imagine that the launch is going to ramp in production terms. It’ll ramp very quickly.’

While this shouldn’t be regarded as confirmation, as Valve has little control over manufacturing output or global shipping, it’s a promising sign that the company is confident about the future of the device – and potentially continuing its rollout in other countries.

In late 2021, Australia was bookmarked for a future Steam Deck launch, but beyond a blog update, we’ve heard surprisingly little. Australians still can’t preorder the device, and there’s no indication of when the option will be available.

Overall manufacturing success in 2022, coupled with early, glowing reviews for the device, are good indications that the Steam Deck could be a smash hit across the board, and a flagship product for Valve going forward.

While some reviewers have noted issues with battery life, glitchy software, and the console’s ability to run certain games, many more have said these problems pale in comparison to the joy of being able to play PC games handheld.

It appears the device is being considered a major success, and that it’ll be in line for a big push over the next few months. Should the production timeline go as smoothly as Yang expects, we could see preorders for other countries opening up soon. Stay tuned to the Steam blog for future updates.