Fake Steam curators called out by BROK the InvestiGator dev

COWCAT Games has released a lengthy thread about how scammers can 'review bomb' indie games without ever playing them.
Leah J. Williams 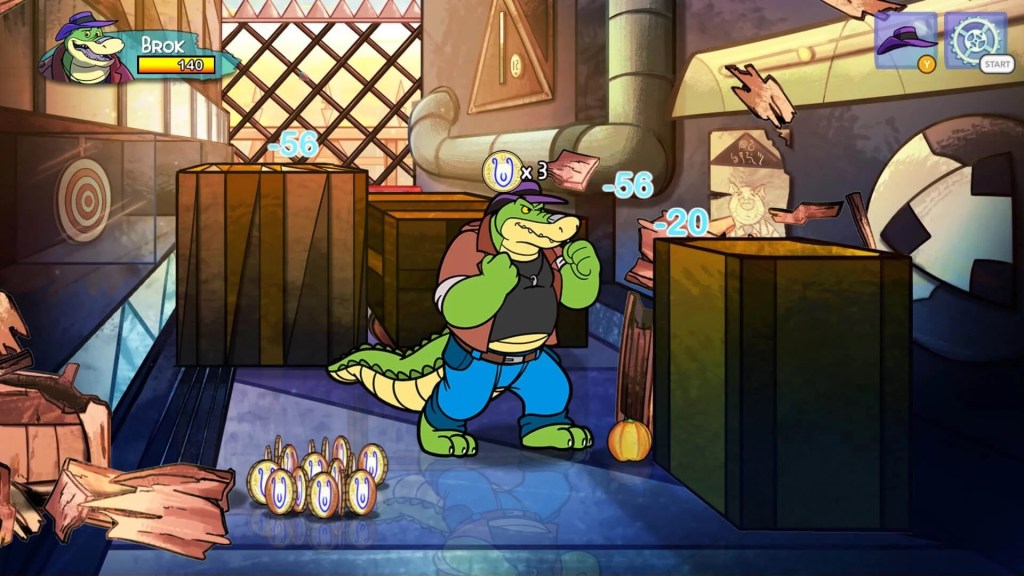 BROK the InvestiGator, a new indie game from developer COWCAT Games, has reportedly become the target of scam Steam curators, who are currently working to ‘review bomb’ the game with negative sentiment – despite these curators allegedly never playing the adventure.

According to developer COWCAT Games, Steam curators are publishing mass negative reviews for BROK on their curator pages due to a clever bit of subterfuge on the part of COWCAT. In a Twitter thread, the developer has detailed its process for dealing with key scammers – fake accounts that attempt to nab key codes to re-sell games on the secondary market.

COWCAT reportedly received ‘tons’ of review code requests ahead of the launch for BROK, with many of these emails conforming to known ‘scam’ structures – a short introduction, a request for a code, and a link to channels that clearly don’t relate to the sender’s email address. To weed out the few legitimate requests, COWCAT mass-sent preview codes for BROK to these Steam curators, rather than full game codes.

Read: Immutable and Chaos Theory discuss the future of blockchain in games

The belief was that legitimate reviewers would pop back into their emails to contact COWCAT for the full game, once they’d played through the game and realised the ‘mistake’. While some curators did get back to the company, the vast majority didn’t – and that’s when the negative reviews began pouring in.

According to COWCAT, this review bomb was likely the result of Steam curators attempting to sell the BROK keys on, only for disgruntled customers to realise the code did not, in fact, unlock the real game as claimed. While this is only a theory, COWCAT was able to identify several game codes for BROK on grey sites which likely originated from their own key library.

‘I can’t exactly prove it but I don’t see any other reason my game would be the only one targeted like this,’ COWCAT said on Twitter. ‘Maybe it’s even one single person behind all those fake curators … Those reviews are 100% fake because considering I sent them Prologue keys, they couldn’t play the full game. Yet I was surprised. Somehow, those curators were able to post reviews of the game on the full version page! (…why does Steam allow this in the first place???)’

It appears that because these Steam curators were technically given access to a BROK code by COWCAT, they were able to post reviews on their curator pages – although as COWCAT rightfully points out, this system is extremely flawed.

With the COWCAT thread now gaining immense popularity, there’s hope Steam will reassess its curation procedures. For now, it appears there are several loopholes with game reviews that allow users to nab review keys, seemingly post a stock review, and then sell on the key.

BROK the InvestiGator likely isn’t the first game to experience these challenges – and it likely won’t be the last.