Immutable and Chaos Theory discuss the future of blockchain in games

Immutable and Chaos Theory Games recently discussed the future of blockchain in a webinar, and exactly how far the technology has to go.
Leah J. Williams 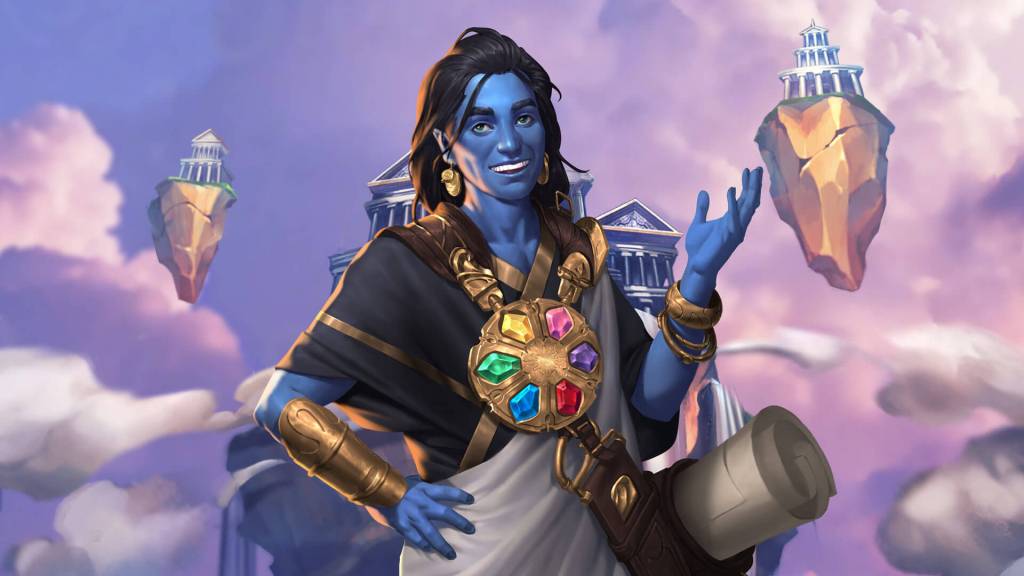 Blockchain remains a controversial topic of discussion in the video games industry, largely thanks to its history of being predatory, scam-filled, environmentally damaging, and generally being unnecessary to the medium. But despite this, it’s a topic still worth talking about – if only to understand the potential risks of using blockchain in the future, and how the games industry will try and to adapt to work around – or work with – the technology. To that end, Australian game development studios Immutable and Chaos Theory Games recently joined advocacy body IGEA for a chat about blockchain and where it’s heading in future.

Immutable is a company well-versed in blockchain technologies. Its flagship video game, Gods Unchained, operates on the blockchain and offers collectible cards as unique NFTs for players. The company frequently evangelises player ownership and freedom, as well as the ability to buy and sell cards for real money. Chris Clay, VP and Game Director of Gods Unchained, represented Immutable in the discussion.

Chaos Theory Games is a Sydney-based mobile developer that specialises in educational and serious games, which attempt to solve actual, real world challenges. It aims to create impactful games, and help spearhead social and cultural change – as well as provide a powerful voice in discussions of the games industry’s future. James Lockrey, Managing Director of Chaos Theory Games, represented the company in the discussion.

Investments in blockchain appear to be quite speculative

The IGEA webinar discussion kicked off with a simple, problematic fact: that while blockchain may have potential in future, current investments in the space are ruled by speculation. As an added challenge, this speculation has also driven investments in rip-off projects led by bad actors – and a blockchain space clouded by inconsistency, as well as a lack of security and scrutiny.

According to Chris Clay, this is a challenge that Immutable is well aware of. He believes the key to legitimising blockchain is in providing value and accessibility to all players, while also being transparent and upfront about monetary cost. As he explained, many blockchain projects preference the ‘buy in’ stage of launch, rather than the continued service for players.

Gods Unchained does not have a buy in, meaning anyone can join the game for free.

Given these buy ins can be worth hundreds or thousands of dollars, bad actors can easily take advantage of willing investors or blockchain enthusiasts to make a quick buck. While Clay expressed pro-blockchain sentiment, and discussed how the technology is able to provide ‘freedoms’ and ownership to players, he also admitted that its image depended on projects not devolving into Ponzi schemes.

That requires a layer of trust in the industry, and a layer of regulation not currently available. Technology often moves too rapidly for the law to catch up – and blockchain scams still exist in unclear territory.

Gods Unchained aims to provide utility and accessibility to all players

For Clay, the work of Immutable in the blockchain space functions well on multiple levels: he believes offering unique NFTs to players provides scalable value to everyone, with fairly-designed scarcity encouraging an attractive collector’s market. Smart contracts in the blockchain containing auditable logic that can prove ‘ownership’ of digital goods also allows players to jump into the game and trade goods as they would in real life.

But while Clay spoke of the freedom this operation allows players, it was unclear in his discussion how exactly the benefits of blockchain outweigh the current difficulties of the technology. Many challenges were even raised by Clay himself during the webinar – in the early discussion, he pointed out there are still a ‘high percentage’ of scams in the blockchain space making it difficult for everyone.

As with other industries, even just a few bad actors give everyone a bad name.

James Lockrey further pointed out a current lack of accountability in the blockchain space, particularly given current regulation has yet to catch up with the technology. Clay agreed this was a major problem, and that more work needs to be done around protecting users of the blockchain before the technology can become a viable option.

Unfortunately, the blockchain seems to have skipped a few steps before entering the mainstream video game realm – with security, for one thing, being an essential need not yet formalised for players. While Immutable is focussed on utility, accessibility, and transparency for its audience, Clay acknowledged that not everything in Gods Unchained is currently smooth due to the immaturity of the technology – with some early adopters suffering as a result.

At this stage, blockchain causes more problems than it solves

The major theme of the discussion between Clay and Lockrey was that blockchain remains a speculative, immature technology that can be expensive to invest in, and one that is still several years (and developments) away from cracking the mainstream market.

As Lockrey points out, it can be a confusing technology – and one that appears to have few major benefits outside of offered ownership. He claimed many titles in the market currently feel like they’re in ‘early access’, and that players should consider this before investing heavily into the burgeoning market. While he believes blockchain games are here to stay, he also acknowledge how much work is yet to be done in the space.

Clay appeared to back this up, by stating that previously undertaken ‘rollbacks’ in Gods Unchained have actually wiped some player activity due to the nature of the game and the development team still feeling out the blockchain technology. Still, he enthused about the fun of the game – which he ruled was the most important element of all.

While it is a game that incorporates the blockchain, the team’s overall experience in traditional games have aided the game’s design and structure to great impact – it’s a good-looking title, and one that appears frenetic and engaging.

That said, it doesn’t necessarily feel like Gods Unchained needs to be on the blockchain, with few of the game’s features mentioned in the discussion being unique to this technology. In titles like Hearthstone, or Magic the Gathering: Arena, players can already collect digital cards. While some may derive value from having ‘unique’ digital goods – perhaps a card with unique artwork, colours or stats – many players simply want a fun game.

The value of ‘ownership’ depends entirely on individual whims, and may not be enough to convince mainstream audiences that a game created with the blockchain in mind is valuable or worthwhile.

Coupled with Lockrey’s criticisms: that blockchain has major issues currently, that it is not appropriately scrutinised by legislation, that the technology is immature, that there is no interoperability between games as yet (ie. no in-game blockchain assets can currently be transferred to another game freely), and that protection is scarce at best, it’s hard to see why blockchain games would ever be widely adopted.

While the IGEA-led discussion was designed to ‘cut through the noise’ of the blockchain discussion and provide a basis for audiences to understand developments in the gaming space, it only really illuminated the mounting challenges facing the technology, and its current lack of stability. Both Clay and Lockrey spoke openly about these issues, many of which did not have a current, viable solution in the works.

There was promise in many of the features Clay mentioned: ownership, in cases where players value having unique assets, interoperability, when this developers agree to work together for a solution, and utility, in having a worthwhile experience operating in a decentralised system. But blockchain games do not appear to be at this stage yet.

Developers may well address issues of scarcity, insecurity and incapability in future, but for now, blockchain games continue to remain in a limbo, away from the mainstream.