Starfield will reportedly have a meaty story, with players able to freely explore a wide open world.
Leah J. Williams 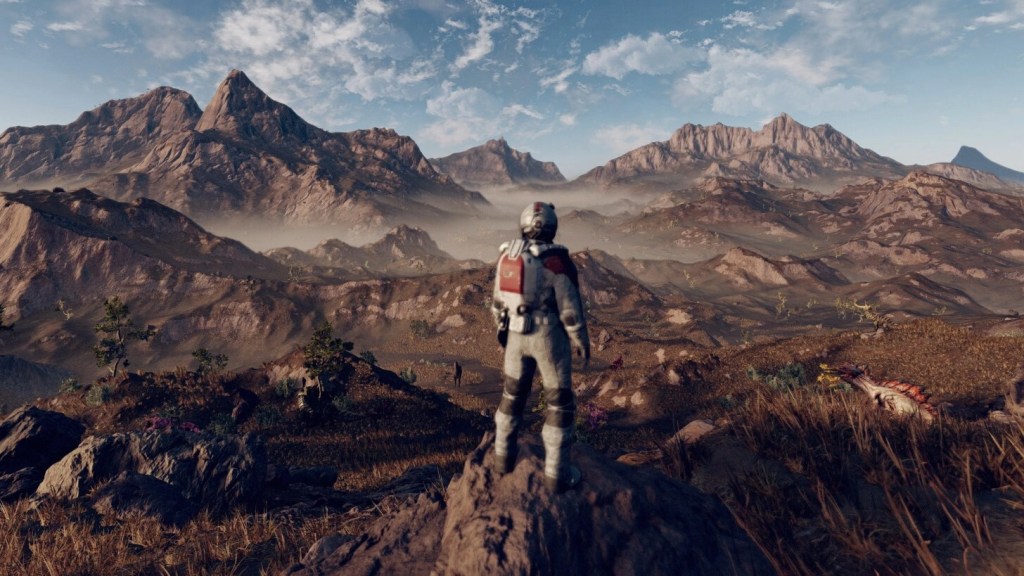 Following the Xbox and Bethesda Games Showcase, Bethesda is finally lifting the lid on upcoming sci-fi adventure, Starfield. While the developer had previously held its cards close to its chest, only teasing details about the game’s story and characters, we’re now getting deeper insight about what exactly we can expect – including how long it’ll take to beat the game.

According to Bethesda director Todd Howard, Starfield will be longer than other Bethesda games like Skyrim and Fallout 4, clocking in at around 40-50 hours.

‘This one’s ending up a little bit longer [than our previous games] and we may tune that some still. It’s more quests, so it might be 20% more than our previous ones,’ Howard told IGN. While past games clocked in at around 25 hours for most players, Howard believes Starfield ‘might be in the 30s, maybe 40.’

That speaks to the scope and ambition of the game – which was announced to feature around 1,000 explorable planets during the Xbox and Bethesda showcase. That’s a whole lot of space – and potentially hundreds of hours worth of extra exploration.

While Howard spoke of the game’s main story being closer to 40 or 50 hours, it’s extremely easy to racking up plenty more game time, with Bethesda’s games tending to hide secrets around every corner. While exploration isn’t usually necessary, it’s certainly worthwhile, and can yield new weapons, quests and adventures.

In addition to revealing more about the game’s length, Bethesda later added a new tidbit: that Starfield will feature a silent protagonist. This is in line with past Bethesda titles, which allow players to really embody their custom character by providing a blank slate to engage with.

While this feature occasionally creates awkwardness when interacting with non-playable characters, it’s fairly standard in modern games, and shouldn’t create too much of a distraction from Starfield‘s endless exploration and character-based quests.

Starfield is currently set to launch in 2023 for Xbox Series X/S and Windows PC. It will launch day one on Xbox Game Pass.