Star Wars: Knights of the Old Republic 2 comes to Switch with cut content 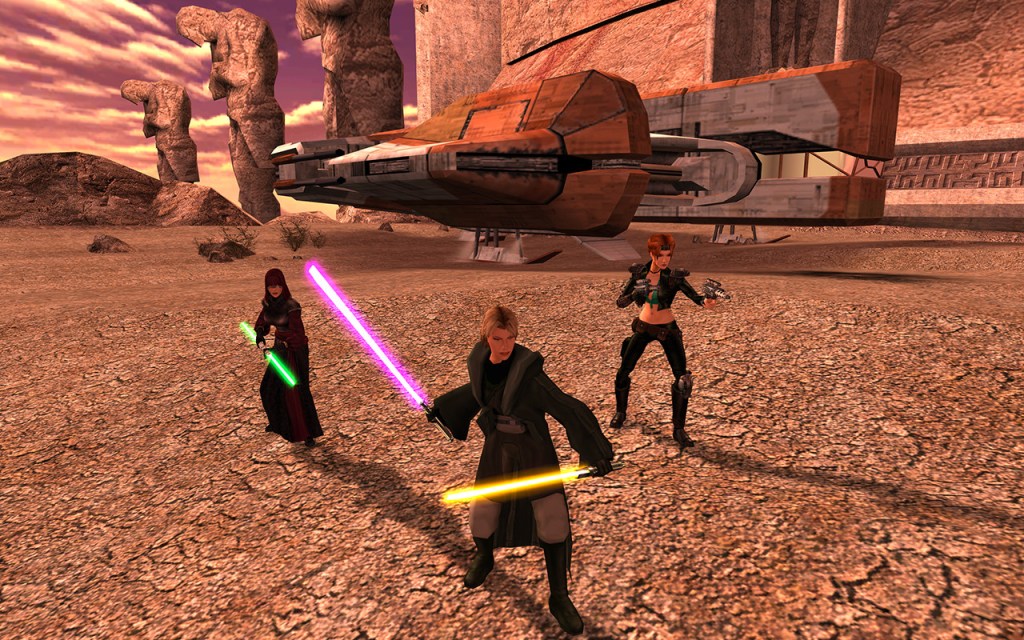 Star Wars: Knights of the Old Republic 2 is set to be launched on Nintendo Switch on 8 June 2022 – but that’s not the only surprise landing on the console. According to developer Aspyr, the Nintendo Switch version of the game will come with a major new feature – free, post-launch DLC that contains previously unreleased content from the original game.

It’s unclear what the Restored Content DLC will contain, but it’s well known that the game had a truncated development cycle that left the final product feeling unfinished and haphazard. In the years since it launched, PC modders have worked strenuously to restore the game’s original content – which includes multiple unseen areas, missions and characters still present in the game’s files – however, console players have largely missed out.

That’s set to change when Aspyr launches the game’s newly minted DLC content. It’s currently set to launch on Nintendo Switch post-June, although it’s unclear whether it will also be available for players who own the game on other consoles.

According to reports, Star Wars: Knights of the Old Republic 2 was essentially ‘rushed out the door’ for a Holiday launch in December 2004, with Obsidian allegedly being pressured to release the game despite much of its content being unfinished and buggy.

While PC players have since enjoyed a renewed version of the game, thanks to the tireless efforts of the game’s modding community, the base game is a rocky experience. The game’s been dogged by a lack of polish for nearly two decades, but it appears Aspyr is keen to restore the game to its intended form with its shiny, new port.

Star Wars: Knights of the Old Republic 2 is currently set to launch for Nintendo Switch on 8 June 2022.