Development on the game has reportedly shifted from Aspyr to one of Saber Interactive's European studios.
Leah J. Williams 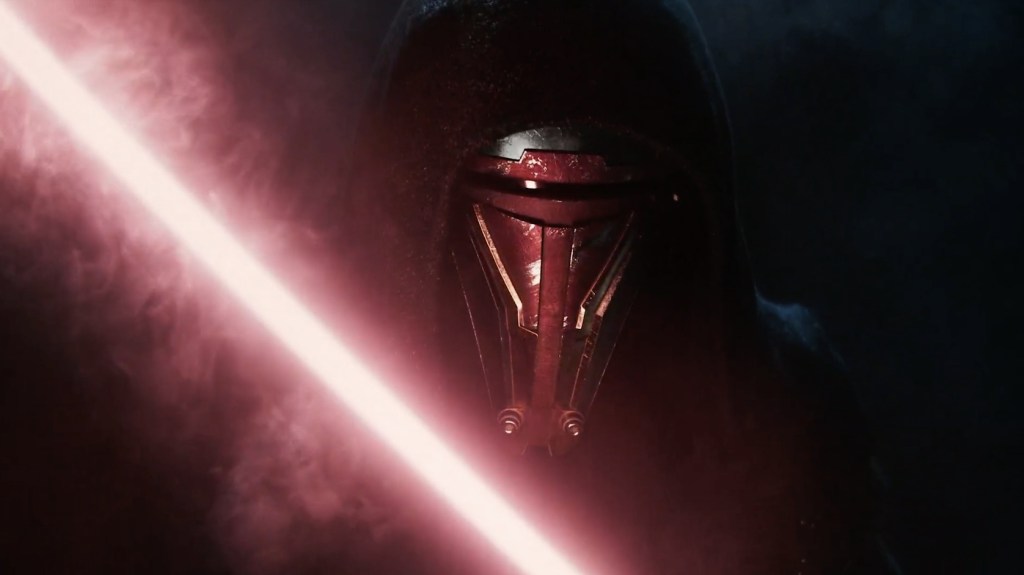 The highly-anticipated Star Wars: Knights of the Old Republic remake has allegedly hit a major snag, with Bloomberg reporting the game has now been taken off original developer Aspyr, and given to ‘one of Saber Interactive’s Eastern European studios.’ According to the report, both Sony and Disney were unhappy with the progress of the game under Aspyr, which influenced the alleged decision to change developers.

While this has yet to be confirmed on an official basis, a recent financial report from owner Embracer Group did reference an unnamed AAA project-changing developers – and many assumed this to be the Star Wars: Knights of the Old Republic remake.

‘One of the Group’s AAA projects has transitioned to another studio within the Group,’ the report stated. ‘This was done to ensure the quality bar is where we need it to be for the title. We are not expecting any material delays for the title based on this transition.’

As Kotaku points out, Saber Interactive has already had a role in the KOTOR remake’s development, with CEO Matthew Karch recently enthusing about the project and referencing the remake being created from scratch, with a ‘we’ possessive that seemed to imply Saber’s direct involvement.

‘We’re fully confident that the game is going to be fantastic, but it’s a massive, massive product and massive products require a lot of effort and a lot of time to make good,’ Karch said. ‘And especially when you’re talking about a game [that’s] already old – very old – we’ve basically had to remake that game from scratch.’

While the Star Wars: Knights of the Old Republic remake was originally targeting a 2022 launch, that now seems increasingly unlikely. With development reportedly switching to a new studio, it’s likely there’ll be teething issues that cause knock-on delays – but whether that means the game will be on track for 2023, or if the timeline has now blown out further, is unknown.

Whatever the case, it appears there’s trouble behind-the-scenes. Those keen for the upcoming remake should exercise patience as development on the title reportedly continues under new management.