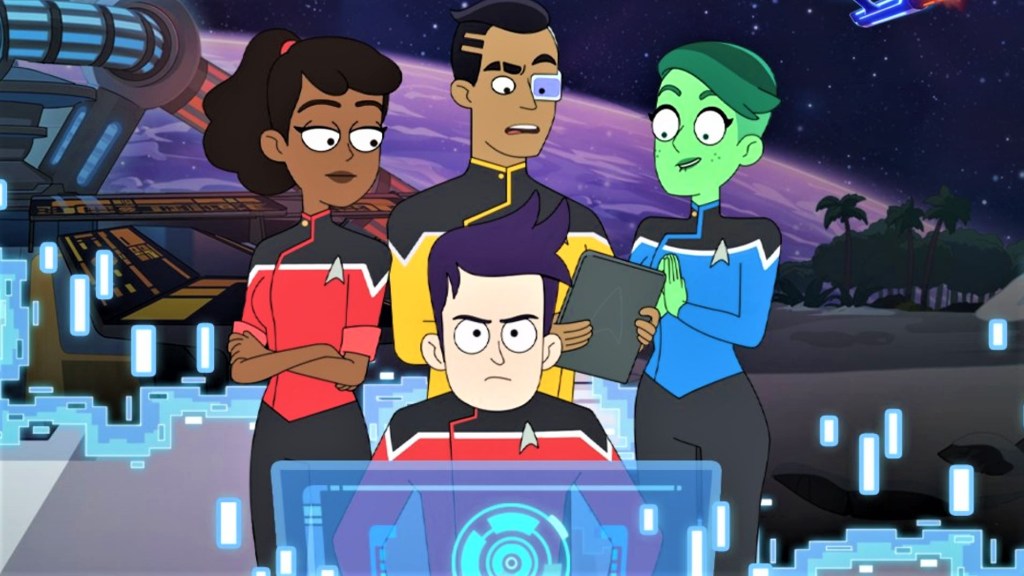 We’ve known for a while that South Australian developer Mighty Kingdom has been working on a game based on an existing sci-fi property with Canadian developer East Side Games, and now we know which one: Star Trek. The game is Star Trek Lower Decks: TBD, a game based on the ViacomCBS animated Star Trek spinoff series of the same name.

The game is described as a free-to-play idle game for iOS and Android that’ll focus on the narrative and humour of the animated series. It will release sometime in 2022.

The Lower Decks animated series was created by Mike McMahan, a writer on Rick & Morty and creator of Solar Opposites. It’s a comedic adult animation that focuses on the support crew and low-ranking officers of a major starship in the Star Trek universe. Its third and fourth seasons are currently in production.

In a press release from the East Side Games Group, the company explained it has entered into a multi-year partnership with ViacomCBS, which could potentially spell more licensed products from the company beyond Star Trek Lower Decks.

It’s great news for Mighty Kingdom, and for Australia’s local game development scene, which continues to thrive despite the challenges of the last two years. Mighty Kingdom is slated to develop four new game titles in partnership with East Side, which includes both licensed and original titles. Star Trek Lower Decks: TBD is just the first.