Behold the glory of this ugly Sonic Frontiers controller

This Sonic Frontiers tie-in controller is certainly a sight to behold. Here's how you can win one for your collection.
Leah J. Williams 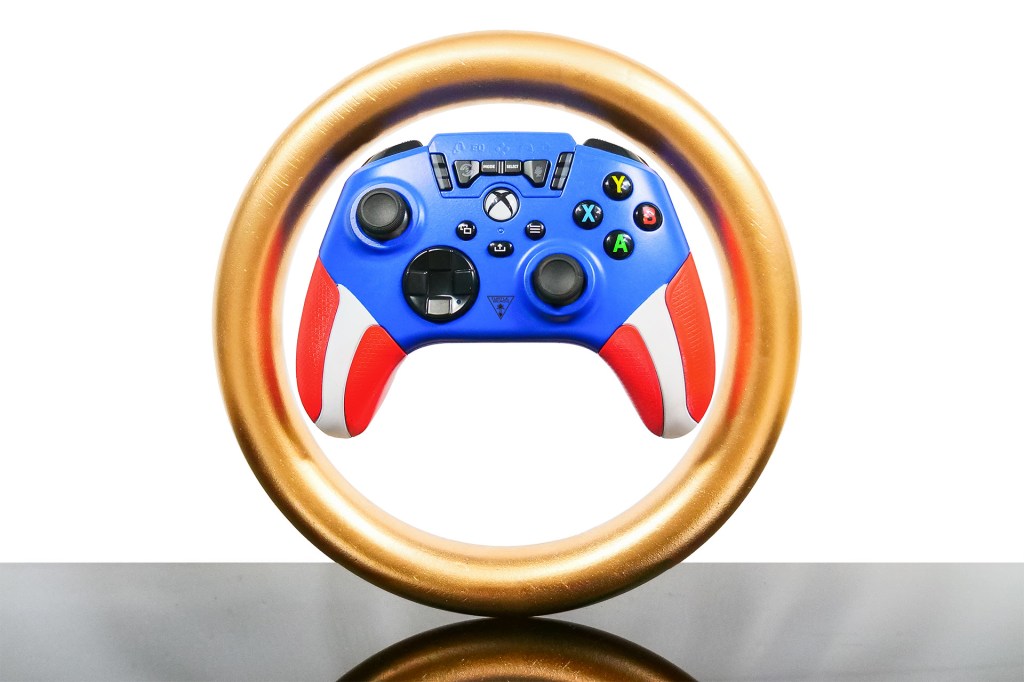 To celebrate the launch of Sonic Frontiers, local Australian publisher Five Star Games has commissioned a frankly wondrous Xbox controller, available to the public via a series of competitions. The blue, white, and red creation represents multiple aspects of Sonic’s iconic design – his red shoes, his blue fur, and his iconic spiky mullet.

It’s a little bit hideous, but also fairly cute. The spines on the back are a key touch, as are the fun side grips and the shiny blue plates. The designers at TagMODS have done a solid job here, and there’s no doubt Sonic devotees would be delighted to nab one of these controllers.

On that front, there’s good and bad news. These custom creations are available to everyone – but they’ll need to be won in two tests of skill and humour.

How to win the Sonic Frontiers Xbox controller

If you’re salivating over the thought of owning your very own mulleted Sonic Frontiers controller, there’s great news. Both Turtle Beach Australia and EB Games Australia are currently hosting concurrent competitions to win one, with multiple controllers up for grabs.

There are some caveats – you will need to be an Australian resident, aged 15 years or older – but this is a minor foible in the grand scheme of things.

Over on the Turtle Beach Australia Twitter account, you’ll have a chance to win one of 10 major prize packs, which include the unique controller as well as a copy of Sonic Frontiers for Xbox One and Xbox Series X/S. To enter, you’ll need to post a photo of yourself recreating the cover image of Sonic Frontiers – complete with a cool action pose.

Over on the EB Games Australia Instagram account, you’ll also have a chance to win a copy of Sonic Frontiers for Xbox One and Xbox Series X/S, as well as the controller. There are only 5 major prizes available from EB Games, so it’ll be a much tighter competition pool. To enter this version, you’ll need to like the competition post on Instagram, and comment about where in the world you’d go with the power of super speed.

While the prize pool is small, there will be some lucky punters who walk away with this glorious, spiny controller – and there’s hope it could be you. Both competitions are set to end one week after their launch dates (16 November 2022), so get in quick if you’re keen.